The online marketplace has long relied on its wide selection of luxury labels to draw consumers. Now, Farfetch is trying to build a brand as well as a platform.

The online marketplace has long relied on its wide selection of luxury labels to draw consumers. Now, Farfetch is trying to build a brand as well as a platform.

It’s hoping to change that this month, with the unveiling of a new logo, accompanied by a global campaign that aims to make the online platform for luxury brands a key shopping destination in the minds of consumers.

“Brand is absolutely a strategic pillar for us,” said Founder and Chief Executive José Neves. “We think developing the Farfetch brand is one of the biggest opportunities for us as a business.” 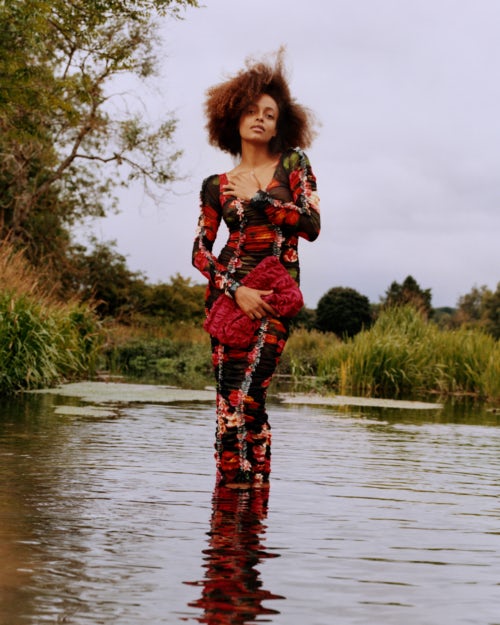 The effort addresses an area that’s proven a sticking point with analysts in the past. Farfetch boasts a huge product offering. But it has struggled to carve out a strong brand identity of its own, which would help forge stronger relationships with customers and keep them coming back rather than going to a competitor. Instead, in order to lure shoppers and fuel growth, Farfetch has relied on discounts and high customer acquisition spending.

Many of Farfetch’s competitors function as curated retailers, where seasonal buys act as a powerful expression of their brand. Companies like Net-a-Porter, Ssense and Matchesfashion carefully manage their product offering and brand assortment, which in turn helps build customer loyalty. But Farfetch operates as a platform, which means that it is largely individual boutiques and brands that decide what is sold on the website, not Farfetch itself.

Neves doesn’t see this as a barrier, pointing to other successful platforms like Netflix, Spotify and Airbnb that have achieved household-name status.

“This idea that platforms can’t be brands, I don’t think it’s true,” he said. “Companies can be tech platforms, industry platforms, and fantastic brands. That’s really what we’re trying to achieve.”

It’s an opportune time to launch. The rebrand comes as the company is riding a wave of momentum driven by sofa-bound pandemic shoppers. While overall luxury sales are expected to plunge this year thanks to the pandemic, the shift to purchasing luxury online is set to accelerate. Bank of America expects €45 billion ($54 billion) in luxury sales will take place online this year, a figure set to more than double by 2025.

In the quarter ending June 30, half a million new shoppers turned to the Farfetch platform, pushing site traffic up 60 percent year-on-year. Farfetch's digital platform revenue hit $238 million, up 35 percent, while overall group revenue rose 74 percent to hit $365 million. Neves has said the company is still on track to break even in 2021 and Farfetch’s share price has more than doubled this year.

We think developing the Farfetch brand is one of the biggest opportunities for us as a business.

Yet challenges remain on the horizon. Promotions and discounts continue to help drive the platform’s success, according to Bernstein analysis. In July, only 46 percent of items on the website were sold at full price, according to the firm. In May, it was 38 percent. That may make it harder to retain bargain-hunting customers in the long term. In the most recent quarter, “demand generation expense” increased 38 percent year-over-year to $47.4 million.

“Farfetch is a bigger business than it is a brand at the moment. And therefore [developing our brand] is a tremendous opportunity for us,” said Neves.

The rebrand project has been a year-and-a-half in the making. The company’s new campaign will run in key global cities across print, social media, outdoor advertising and on television, a first for the company. It declined to say how much it spent on the effort. 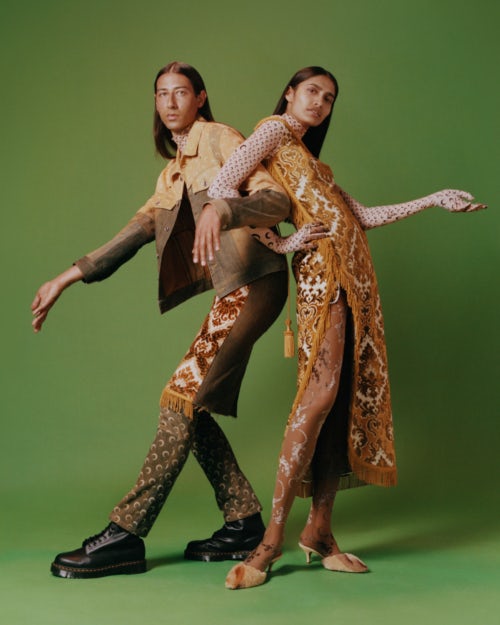 Farfetch has already taken steps to differentiate itself from competitors, including exclusive collections with brands like Gucci and Burberry. It is also the only online player to stock Rihanna’s Fenty label outside of the brand’s own website. In February, the site introduced its “beats” digital shopfront, leveraging its acquisitions — New Guards Group, Stadium Goods — to offer exclusive, limited edition drops of highly desirable brands and products. Now it’s going bigger.

“This is us just putting a fashion lens over what we’re doing, and really speaking to the space and aligning more with the partners that we actually have been working with for quite some time,” said Chief Brand Officer Holli Rogers.

There is also a content strategy designed to engage shoppers, who will be able to “visit” different international boutiques via a Snapchat portal lens, or take part in a TikTok challenge. Fashion personalities will host conversations on the platform’s Instagram and a new Farfetch YouTube channel. Farfetch has also inked content partnerships with publishers including Vogue and Highsnobiety.

It's not just about this campaign. Global Brand & Culture Director Ronojoy Dam believes that the new brand identity is the first step in a wider evolution of the company.

“A single campaign isn’t a silver bullet for us. Brand is much more holistic,” said Dam. “This rebrand is probably the most explicit external signal of our chapter two ambitions. Our [previous] identity belonged to our startup era. This really is an identity that reflects our future.”