BEIJING, China — Apple's relationship with fashion has grown from a casual flirtation to a full-blown love affair. BoF can reveal that the Apple Watch is set to make its editorial debut on the cover of Vogue China’s November issue, out this Monday, featuring Liu Wen. 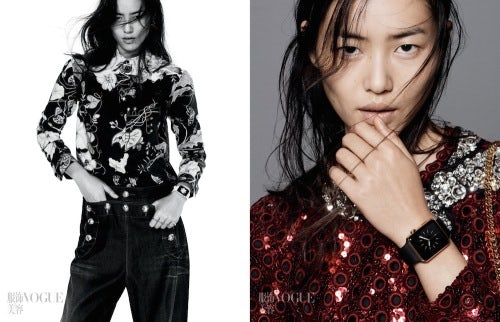 It's the latest in a series of activities that puts fashion at the focus of Apple's communication strategy. On September 9th, in the middle of New York Fashion Week, the Silicon Valley-based company invited a cadre of fashion editors and bloggers to the unveiling of the Apple Watch, held at its the headquarters in Cupertino, California. Then, during Paris Fashion Week, Apple successfully squeezed itself into a hectic show schedule, staging an exclusive showcase of the new Apple Watch at Colette before attendees including Anna Wintour and Karl Lagerfeld.

Later that evening, Apple organised a high-profile dinner for 250 fashion insiders, co-hosted by Azzedine Alaïa, Marc Newson and Jonathan Ive. But the guest of honour was the Apple Watch, several versions of which were displayed in a case right in the middle of the dinner venue, a space normally used as Mr Alaïa's showroom. On their way out, guests were given exclusive images of the product, shot by Davis Sims and styled by Karl Templer, the very duo behind the Apple Watch’s fashion editorial debut on the wrist of Chinese supermodel Liu Wen in Vogue China. 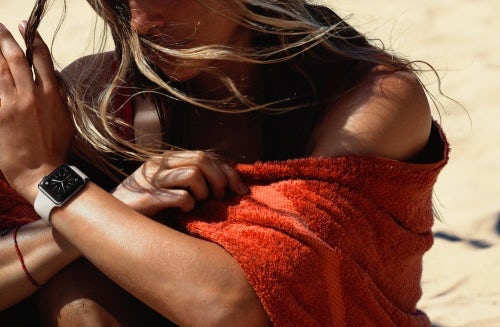 “When Jonathan Ive and Tim Cook talked me through how they developed the concept of the Apple Watch from the beginning, I was impressed by their thoughts and passion for the project,” Angelica Cheung,Vogue China’s editor-in-chief, told BoF, discussing her first impressions of the product. “Then I saw the watches and thought they looked rather good; some are sporty and others are very classic and elegant. At the same time, they all have so many functions that would be useful in our daily life. I just thought that they combined technology, style and functionality and were very modern and, therefore, perfect accessories for the modern-day woman which is what the Vogue China woman is about.”

But why might Apple choose a Chinese fashion magazine for its editorial debut?

“Chinese people are actually very digitally minded and we embrace new technology and digital products more easily than perhaps people elsewhere,” said Ms Cheung. “We are an ancient country but at the same time a very young country when it comes to fashion and new products. We love to embrace everything that is new, modern and positive,” she added. “All these convince us that the intersection of fashion and technology is a natural progression, not something alien.”

In July, Apple reported that Chinese iPhone sales had risen 48 percent, year over year, and today’s reveal of Vogue China’s next cover, featuring the Apple Watch (which must be paired with an iPhone to function), coincides with the start of pre-orders for the company’s new iPhone 6 and iPhone 6 Plus, which go on sale in China on Friday 17th October.

Apple has already tapped into China’s love of luxury products with the success of its gold iPhone 5S, which sold out immediately in mainland China and Hong Kong. And Apple Watch’s high-end range, dubbed Watch Edition, which includes a model in rose gold, may prove to be a particular success in the Chinese market.

The decision to work with a women’s fashion magazine no doubt reflects Apple’s understanding of the growing purchasing power of female luxury consumers in China. While women dominate spending across the personal luxury market globally, it is men who have long accounted for a majority of luxury spending in China. In recent years, however, luxury spending across the sexes has shifted significantly. While male consumers accounted for 90 percent of China’s luxury sales in 1995, women now drive about half of total luxury sales in the country, according to Bain & Company, a global consultancy.

The Apple Watch goes on sale in “early 2015,” after the holiday season in the US and Europe. But the retail launch could dovetail nicely with the two-week Chinese New Year holiday period in February.

Can Rimowa Pull a Louis Vuitton?