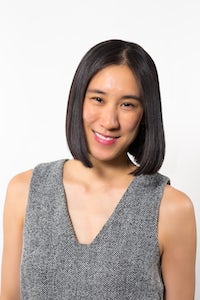 PARIS, France — The Internet has rewired media, upending the traditional marketing model and forcing fashion brands to rewrite their strategies. Today, success is less about paying for ad pages in a magazine and more about earning attention by nurturing the dominant media-technology platforms where consumers spend time.

Instagram, in particular, has emerged as a critical marketing channel. The simple image-sharing app, which rocketed from launch to $1 billion acquisition by Facebook in only 18 months and now has over 400 million monthly active users, has become what Luca Solca, head of luxury goods at Exane BNP Paribas, calls the "social media boxing ring” and “by far the most relevant social platform for luxury brands.” Indeed, how things look on the app now influences everything from advertising campaigns to runway sets.

Fashion is one of the most popular verticals on Instagram. According to the company, 42 million users had a total of 283 million interactions related to the last round of women’s fashion shows, which began in New York on February 10th, 2016, and ended in Paris, a month later, on March 9th. What’s more, a recent study by L2, a business intelligence firm, which analysed the social media activity of 192 fashion brands just before and during the New York shows in February, found an extraordinary difference between the amount of consumer engagement generated on Instagram compared to other major social platforms. From February 1st through February 18th, the brands included in the study posted on Instagram an average of 20 times, generating an average of 92,000 interactions, or about 11.5 times more than what they generated on Facebook, where they posted an average of eight times, and about 57 times more than what they generated on Twitter, where they posted an average of 26 times.

A picture is worth a thousand words, and now a picture can speak to millions of people.

“It didn’t surprise me, just because of the visual element of Instagram. A picture is worth a thousand words, and now a picture can speak to millions of people,” said Eva Chen, Instagram’s head of fashion partnerships, who was appointed in July after stepping down as chief creative officer of The Lucky Group, a joint venture between Condé Nast’s Lucky Magazine (where Chen was previously editor-in-chief) and e-commerce start-up BeachMint.

On March 15th, Instagram announced that it would soon replace chronologically ordered posts with an algorithmic feed expected to be similar to parent company Facebook’s News Feed, a move seen by industry observers as a way to optimise user experience, making Instagram more “sticky” in the face of new competitors like Snapchat, as well as a lever for pushing businesses operating on the platform to buy advertising products to guarantee reach. For now, Instagram says it is testing the feature with a “very small” percentage of users and is committed to helping users see more relevant posts, including posts from businesses. “No feed changes are being implemented right now — we still have weeks, or even months, of testing to go,” said a spokesperson for the company.

So how can fashion brands get ahead on Instagram?

“The same hallmarks of a great brand in the wider world are what makes a great brand on Instagram,” said Chen. But the platform certainly has its own dynamics and the secrets to Instagram success are not always obvious. BoF spoke to Eva Chen to identify five principles for building a powerful presence on Instagram.

“It’s not a numbers game. I feel like the fashion community is especially competitive and brands are looking at each other’s follower counts. But it’s the passion and engagement that people feel for a brand that matters most. That is a key gold star. You can have millions of followers, but more important is whether people are commenting and tagging their friends. That means you’ve created something that people are talking about and that’s what makes a good post.”

When it comes to brand identity, Instagram is no different to print. In fact, online, where context is harder to control, a strong and consistent brand is more important than ever.

“Having a strong visual identity and a visual rubric — that’s important. Just as when you pick up a magazine, whether it’s Self Service or Vogue, and you could remove the title from the cover, but you would still know which magazine it was just from the image, the typography, the talent they’re using, the tone of voice — that logic extends to Instagram as well. Feeds that have a very consistent look do well. You want moments of spontaneity and joy, but it’s also about consistency. Mansur Gavriel is a great example of that.”

“It’s about authenticity. The accounts I love following most all have the sense that there are real people behind them. There was a point in time when things got very manicured, but what I’m seeing now, whether it’s Donatella [Versace] or Taylor Swift or Gigi Hadid singing in grainy videos, taken at home in poor light, is a swing back to authenticity and real life. People want to feel the ‘Insta’ in Instagram. The campaign images always do well, but it’s the behind the scenes where Karlie Kloss is eating a cookie backstage — those are the images that always get more engagement, because you feel like you’re seeing through someone’s eyes.”

Digital is a conversational medium, not a monologue. Recognising and interacting with followers can generate excitement and help forge deeper, more meaningful relationships.

“The Instagram audience wants to feel like they’re a part of something. The conversation is really important — talking back to your followers, asking questions of them. It’s not something that every brand does. But I think Valentino, for example, does this very, very well. When people are in their Rockstuds they’re posting pictures and tagging Valentino and the brand is using a lot of this user generated content, saying to followers ‘Hey, if you post us, we’ll repost you.’ It’s nice because they’re spotlighting how people dress in Valentino. But when Valentino comments on their followers’ feeds, you can legit see people freak out.”

Beyond traditional influencer marketing, collaborations with artists who are active on Instagram can result in inspiring native content that resonates on the platform.

“We’re in a new age where it’s about collaboration. Gucci is a great example. They do something called #GucciGram, where they collaborate with artists on Instagram. They have a collaboration with a painter named Unskilled Worker. Dries [Van Noten] worked with an Instagrammer named Button Fruit, who hand-painted his show invites. These collaborations are closer to artist residencies, where the reciprocity is more about inspiration and access versus ‘I’ll work with you because you have 9 trillion followers.’ That’s influencer marketing, which a lot of brands are doing extremely well, but that’s always existed.”