New online marketplaces promise to make it easier for consumers to find their favourite direct-to-consumer brands. Will the model work?

New online marketplaces promise to make it easier for consumers to find their favourite direct-to-consumer brands. Will the model work?

The mattress-in-a-box brand Leesa hit the market in 2015 with a promise to cut out the middleman. Now, some of its founders have had a change of heart.

Last month, members of Leesa’s founding team launched The Fascination, a marketplace that specialises in direct-to-consumer brands such as Allbirds and Lunya. Their pitch: There are so many start-ups selling plus-size denim, CBD oil, moisturiser — and yes, mattresses — that shoppers once again need the much-maligned middleman’s help cutting through the clutter.

“Back in 2015, we were in the nascent stages of direct-to-consumer,” said Matt Hayes, co-founder of Leesa and The Fascination. “It’s a new era now. We’ve crossed the chasm and there are just so many brands out there that curation is needed.”

We’ve crossed the chasm and there are just so many brands out there that curation is needed.

Hayes isn’t the only one who thinks so. A host of online multibrand retailers have sprung up to assist consumers in finding the gems amid the mountain of minimalist sneakers and men’s grooming start-ups. The Verticale, launched late last year, focuses on fashion, home goods and wellness products sold by digital brands (users must click a button labeled “shop the edit” to browse). FastAF is a mobile app created by the warehouse start-up Darkstore promising two-hour delivery in New York and Los Angeles of “the top products from the top brands,” a mix of DTC upstarts and established labels such as Aesop and Acne Studios.

It’s unclear so far whether consumers actually want the help. To be sure, shoppers are inundated with ads for unfamiliar brands, many of which share the same minimalist fonts, muted colour palettes and promises to sell the best sports bras or cookware at the lowest prices. Brands might prefer to let a marketplace find customers for them instead of buying endless waves of Instagram ads themselves.

But the online curation business is a crowded one. Department stores, which invented the concept well over a century ago, are investing in e-commerce. Several well-funded digital players, including Farfetch, Net-a-Porter and the newly public Mytheresa, are duking it out in the luxury space. The process of finding customers and gaining their loyalty is expensive. And gathering similar-looking DTC brands in one place doesn’t automatically make for a compelling shopping experience.

“We haven’t really seen true differentiation among these players,” said Chelsea Zhang, an investor at venture capital firm Equal Ventures. “How any one of them will win remains to be [seen].”

Digital brands have spent the last decade training consumers to shop directly on their websites. Marketplaces, as defined by Amazon and its imitators, have a reputation for an almost overwhelming degree of choice.

Curated retailers, whether they’re Mytheresa or The Verticale, tend to emphasise their limited selection, so that their agreeing to sell a product amounts to an endorsement. But where Mytheresa has been around for over a decade, new online stores can have a tough time convincing consumers to trust them.

Many retailers post product reviews and other editorial content. But they can’t claim to be unbiased, like The New York Times’ Wirecutter rating site, or New York magazine’s The Strategist vertical.

Convincing DTC brands to jettison the “direct” part of their business model can be a tough sell as well. Ettitude, a bedding-and-pyjamas brand carried by The Verticale, has had multiple retail partnerships ranging from Amazon, Verishop and Macy’s. Soon, it will be available at Urban Outfitters.

“It’s a good thing that marketplaces are popping up because it gives us more opportunity to touch consumers that we otherwise wouldn’t touch,” said Ettitude founder and chief executive Phoebe Yu.

Still, she sees third-party retail remaining a tiny part of her business.

“The whole point of DTC is that we want consumers to visit us directly,” she said.

Some multi-brand retailers target a niche to stand out. Thirteen Lune is a beauty marketplace that promotes clean beauty brands owned by diverse founders. Launched in December, it raised $1 million from Sean “Diddy” Combs, Gwyneth Paltrow and others, and is seeking seed capital from venture investors.

Thirteen Lune is curating brands that have been historically underrepresented in mainstream retail — a claim that more general marketplaces can’t replicate. 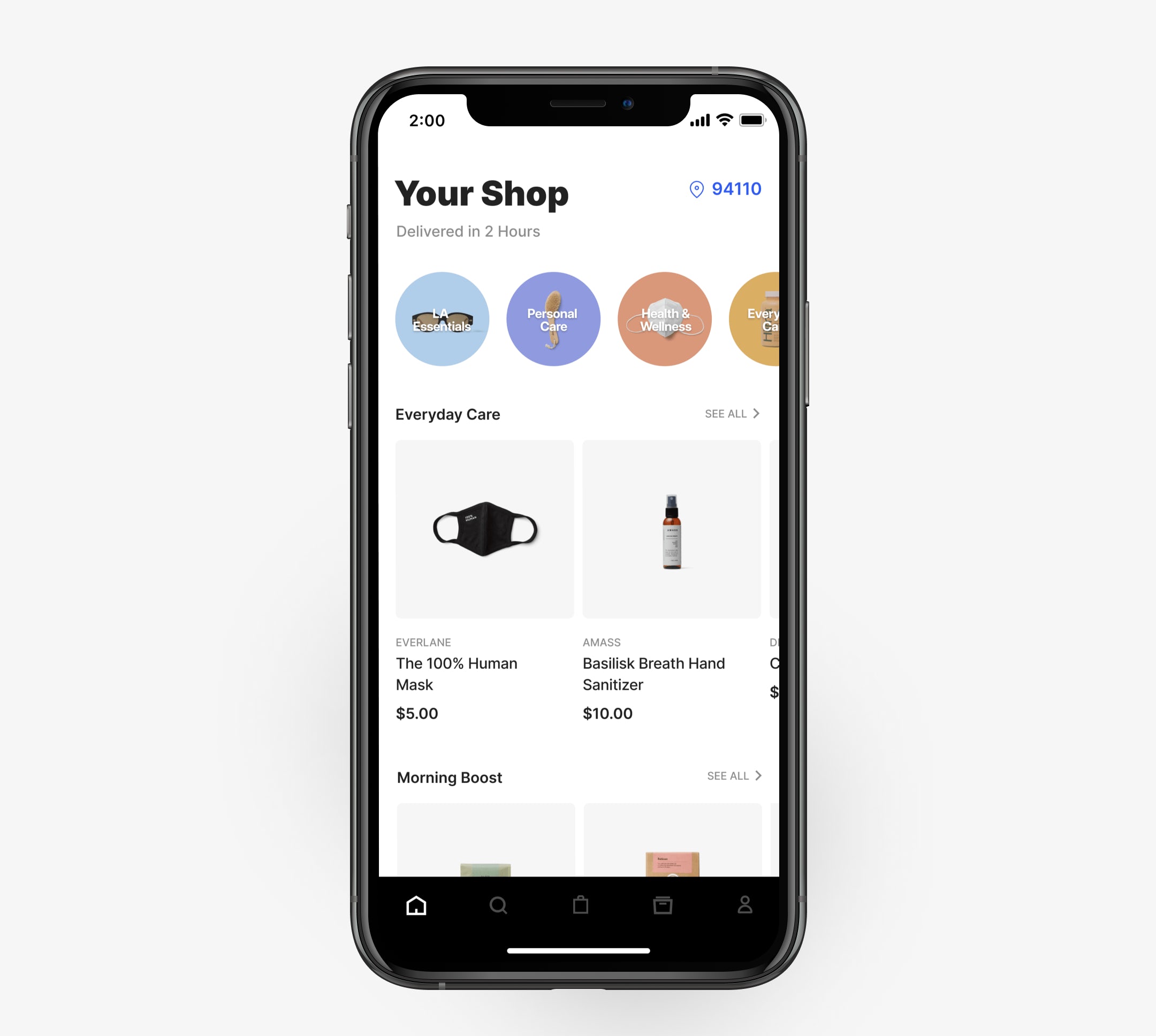 “For our brands and for me as a Black person and beauty founder, we’ve been our entire lives purchasing products created by people who are not Black or brown,” said Nyakio Grieco, who co-founded Thirteen Lune alongside 11 Honoré founder Patrick Herning. “We are flipping that narrative.”

Online retailers are competing not just for consumers, but for brands as well. Both have their pick of marketplaces and wholesale retailers, both online and off, so a newcomer has to offer some unique value.

Uoma, a beauty brand, was already carried by Ulta in the US, and Harrods and Selfridges in the UK, plus Asos and Cult Beauty online, when FastAF made its pitch. The brand signed on because the site could potentially get it in front of customers in Manhattan, a market Uoma hadn’t managed to penetrate, said Delali Kpodzo, vice president of marketing. The promise of speedy same-day delivery was another plus, she said.

The Verticale co-founder Jaclyn Grauman said the site’s design and emphasis on founders’ stories made it attractive to brands and consumers alike. Every product page on The Verticale includes a bio about the brand and how it aligns with the values that the marketplace seeks, which include responsible materials and ethical sourcing. This discovery process is a more appealing way to present a brand than the endless white grid that typical online retailers use, Grauman said.

“Having talked to hundreds of founders in the DTC space, the most consistent problem to them was the loss of brand equity and control over their story,” Grauman said. “It’s why these brands are strongest in their sites, on their own channels.

“I don’t think anyone’s cracked it quite yet,” he said. “It’ll be interesting to see [which] marketplace becomes that arbiter of brands 2.0… Maybe next year we’ll know.”