The Business of Blogging | Bag Snob

The Business of Blogging is a new series on the rarely discussed business side of fashion blogging. Today, we meet Tina Craig and Kelly Cook of Bag Snob. 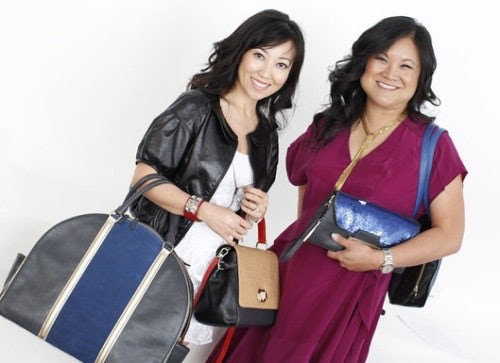 DALLAS, United States — When Kelly Cook and Tina Craig discovered their shared passion for handbags as business undergraduates at the University of Southern California, it was the beginning of a journey which led them to create one of the most compelling businesses BoF has come across in our popular series profiling the fashion blogosphere’s superstars.

“We’ve had this ongoing conversation about bags since college, and when we moved far from each other, we thought it would be fun to keep a journal of our mutual bag obsession,” says Craig of the idea for communicating through their highly influential blog, Bag Snob. “It was never meant to be anything more than amusement for each other,” explains Craig, echoing what so many of the best bloggers say: that they started their blogs out of pure passion.

From those humble beginnings in the summer of 2005, Bag Snob has quickly grown into a bonafide business with more than 250,000 unique visitors across six different web properties covering apparel, beauty, jewelry, children’s clothing, and most recently, shoes. The business has fifteen different income streams which deliver revenues in the mid six figures — much of that heading straight to the bottom line due to the very low cost base of operating what is largely a virtual business with little in the way of physical infrastructure and fixed costs.

Craig explains that after setting up the blog it was instantly clear that they were on to something. “We started Bag Snob with literally $20. Within half a year, we realised a 6-figure income was plausible and our business backgrounds kicked into gear,” she recalls. “We incorporated Bag Snob LLC and registered Bag Snob as a trademark with the money we earned and still have not put in another cent into the company.”

So how did they make this happen?

The magic of Bag Snob lies in offering analytical advice, as opposed to simply reproducing the endless press releases that are blasted to bloggers en masse by PRs looking to push product. Craig and Cook have honed a simple but powerful formula for dissecting every possible variable around a handbag to create trusted, no holds barred reviews that help their readers to make purchasing decisions.  Bag Snob reviews often spark lively conversations amongst their loyal readership.

Of course, this kind of editorial content is also powerful as a commercial tool. Many of the photos of handbags on Bag Snob are linked to retailers where featured products can be purchased instantly. 60 percent of Snob Media’s revenue comes from commissions collected when readers click over to any one of more than 40 online affiliate partners — including Barneys, Topshop, Nordstrom and Browns Fashion — and make a purchase. Affiliate commissions are generally applied to any purchase made within 30 days, not just those of the products that may have led the reader there in the first place.

By far, Bag Snob’s most successful partnership has been with pioneering online retailer Net-a-Porter. “Last year our sales for Net-a-Porter were in the high six figures, though we are not at liberty to say what our terms and percentages are,” says Cook. “ShopBop is our second biggest affiliate partner.”

Affiliate partnerships continue to grow in importance as retailers like Net-a-Porter look to harvest consumer desire created by blogs and independent websites. Standard affiliate commissions range between 5 and 15 percent of a product's retail price. “Each program is different and the terms are negotiable; since our conversion rates are really high we are able to get better percentages,” says Craig.

But while Cook and Craig often wax poetic about handbags and keep close relationships with their affiliate partners, they are not afraid to critique bags as well. “It makes no sense to try to tailor your content to fit with affiliate partners,” advises Craig. “That would be the beginning of the end.”

In a recent post in their On the Rag series, Cook took a Roberto Cavalli bag stocked at Net-a-Porter to task. "Unless you're a mummy, you're going to look ridiculous," she wrote. "This bag looks so dusty and dingy, I want to shake all the junk off of it. Even the shoulder strap has fringe, so you look like you're sporting some sort of sad, mop-like cape when you carry it. The gray hue looks more like a filthy white, so it just adds to the macabre effect of this ghostly, ghastly creation."

Interestingly, the Roberto Cavalli bag appears to have sold out as it is now listed as "no longer available" on the Net-a-Porter website.

Still, the honest approach doesn't always come without its own problems. “We’ve been ‘chastised’ by various retailers and PR people for negative reviews but that has not deterred us. Providing good content is our priority and readers who’ve been with us for 6 years know this,” Craig points out when asked how they maintain the balance between earning commissions and maintaining editorial integrity. “Our readers buy everything from $2,000 trendy bags to $30,000 investment crocodile bags based purely on our recommendation. They wouldn’t do so if they didn’t trust our reviews.”

But there are other revenue streams as well. Income from ads, sponsorship and ad networks make another 35 percent of sales. Consultancy and sponsorships bring in five percent of sales and are bound to grow following the announcement last week of a collaboration between Bag Snob and DKNY.

“We approached DKNY with the idea of designing a tightly edited line of bags,” says Craig. “We came up with the Five Essentials after studying how our friends and readers were shopping. We wanted to help women collect snob-worthy bag wardrobes without wasting their money on endless parades of black totes and trendy bags. They loved the idea and we agreed on a flat design consultancy fee.”

These kinds of collaborations loom large in Bag Snob’s future. "Without a bag-buying strategy, you end up with a collection of bags you never carry and one that gets worn to death, says Craig. “We would love to get into product. We have spent so much time analysing, we feel we are in the position to contribute some of that knowledge to products that fit with all the standards we use when reviewing.”

And, like all great collaborations, Craig and Cook also learned from the experience, extracting value above and beyond the consultancy fees. “This has been an incredibly humbling experience and we learned so much about designing and production of bags. I think it has made us better bag reviewers, as well. If we are given the opportunity to do more collaborations, it would be amazing.”

As they look to the future, and their business continues to grow, the one thing that will always remain at the core of the Bag Snob strategy is unbridled passion for fashion products. “We all are more professional and organized now, but the passion is still the same and you can’t feign that,” says Craig. “As we always say, if it doesn’t make you crazy like teenage love, don’t blog about it.”