NEW YORK, United States — Shopping at a Marshalls store is a lot like going to war.

Bargain hunters comb through endless racks of steeply discounted clothing, making split-second decisions to pick out actual designer scores from a sea of inferior products dumped straight into the off-price market. Maintaining a poker face is recommended; any unchecked reactions of glee could tip off fellow deal hunters.

It’s an experience that thrills a specific type of shopper and horrifies many others. For that second group, Marshalls launched its first e-commerce site in September.

Shopping at Marshalls.com isn’t like browsing the online selection at Amazon or Macy’s. Plugging a designer label into the search bar typically summons a message: “Some of our brands can be a bit shy. Try browsing by department instead – you never know what surprises will pop up!”

A page displaying handbags priced over $1,000 includes Gucci, Balenciaga and Chloé for 25 percent off. But shoppers who can’t tell their Balmain from their Alexander McQueen on sight must first click a “reveal designer” button to confirm who made the bag.

This attempt to digitise “the hunt,” as shoppers call their journey through the racks, is happening across the off-price universe, from chains like Marshalls and T.J. Maxx to outlet malls and brands’ factory lines. These longtime e-commerce holdouts are capitulating one after another, fearing customers will have little reason to visit often-charmless discount stores when they can easily find discounts online.

They have a long way to go to catch up to their online rivals. The TJX Companies, which owns Marshalls and T.J. Maxx, launched e-commerce at tjmaxx.com in 2013, but online sales made up just 2 percent of its total sales in 2018. Ross Stores, their chief US rival, has no e-commerce operation.

Everyone needs to be playing everywhere or they will eventually lose the consumer.

“Off-price might have been one of the most successful channels in retail [without embracing e-commerce] but… everyone needs to be playing everywhere or they will eventually lose the consumer,” said Beth Goldstein, an analyst at the NPD Group, a market research firm.

Why Off-Price Is Going Digital

Once primarily considered destinations for shoppers who couldn’t afford full-price stores, off-price chains now draw customers from all ages and income groups. TJX doubled sales over the course of the last decade and is expected to generate over $40 billion in revenue in the year ending in January. The company declined to comment for this story. 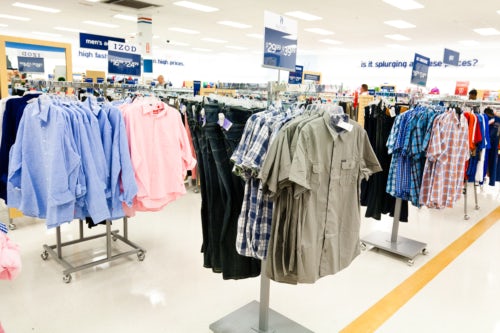 Some traditional retailers and brands have leaned heavily on off-price as well. Nordstrom Rack, the department store’s discount chain, brought in about one-third of its parent’s revenue last year. Macy’s introduced Backstage, its off-price arm, into 120 stores in 2018. Brands ranging from Ralph Lauren to Gap operate vast networks of outlet stores.

But they all face increasing competition online. After struggling with the decline of interest in flash sales, Gilt and Rue La La have gravitated toward standard, heavily discounted e-commerce, and saw about $1 billion in sales between them in 2018. Online marketplaces and brand websites offer near-constant sales, including on luxury brands shoppers once felt lucky to stumble upon at T.J. Maxx. Resale sites such as The RealReal and Rebag offer like-new luxury goods at discount prices.

Succeeding in such a crowded market will take more than launching a website.

“The consumer has an enormous amount of choice, and so any new website must be majorly disruptive to compete,” said Neil Saunders, managing director of GlobalData's retail division. “I can’t see a T.J. Maxx website being a major portal for off-price shopping.”

The consumer has an enormous amount of choice, and so any new website must be majorly disruptive to compete.

Otherwise, shoppers might place orders the company has no way to fulfil. The constantly shifting assortment also creates complications.

“In traditional e-commerce, you shoot one item and keep selling it over and over, but the SKUs of off-price are constantly changing, so the cost of production is much higher,” he said.

Scrolling through endless pictures of handbags doesn’t offer the same satisfaction of scouring racks for that lucky find. And online orders can prove disappointing once they arrive at a customer’s home, days after they’ve come down from the high of scoring a bargain.

“I’ve been using the [Marshalls] site mainly to browse,” said Dianna Baros, a self-described diehard off-price shopper and budget fashion blogger. “Most of what you order online is a letdown, which is why I prefer to discover hidden gems in person.”

Most of what you order online is a letdown, which is why I prefer to discover hidden gems in person.

T.J. Maxx has some advantages, including its global network of buyers, who can ensure that its stores and website are better-stocked than competitors, Saunders said.

“If you have the right merchandise, people will do whatever they can to get it,” Salazar said.

In October, Simon Property Group, the largest US mall operator, invested $280 million in Rue Gilt Groupe, which formed in 2018 after Rue La La acquired Gilt from Saks owner Hudson’s Bay Co. As part of the deal, which gave Simon a 50 percent stake, the discount site is operating a new e-commerce site for Simon’s outlet malls. Simon plans to spend about $100 million annually to promote the venture, according to Forbes.

Simon operates 108 malls, including 67 outlet centres. But mall traffic is declining, and outlets are not the powerful draw they used to be. Simon and Rue Gilt Group declined to comment.

Nearly 2,000 brands have product on the Simon outlet site, including Burberry, Kate Spade, Calvin Klein and Moncler. Many of the products listed come from Gilt and Saks Off Fifth. 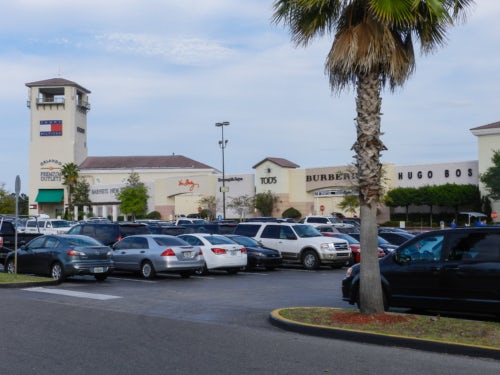 The real advantage of Simon’s e-commerce site may be its potential appeal to international shoppers, which the company attracts by the millions to its outlet malls.

“This opens up an opportunity to sell to a new market of people who won’t need to travel to a destination to get their off-price product,” said Salazar.

Not every off-price website is connected to an international discount chain or real-estate giant.

In September, Rachel Gannon launched Cara Cara, which sells discounted products from small brands like Samantha Pleet, Baggu and Boy Smells. Gannon, who has worked at Rue La La and Macy’s Backstage, said she saw a market for companies that were stuck with excess inventory but feared selling to T.J. Maxx would hurt their brand. Wholesale websites are also often stuck with inventory that ends up in limbo on a clearance page.

This opens up an opportunity to sell to a new market of people who won’t need to travel to a destination to get their off-price product.

“I wanted to build something that wouldn’t feel icky for brands, ”she said.

She said Cara Cara buys merchandise at between 20 and 60 percent below the wholesale price. The logistics are one of the trickier aspects of the business because taking bets on stale inventory can be risky.

“We have overstock we need to liquidate and while some higher-end companies destroy product instead of selling to off-price, I appreciate the idea that none of our stuff goes to waste,” she said. “We might make less of a margin, but at least it's accounted for."