BoF can exclusively reveal that luxury resale site Vestiaire Collective has raised a $37 million Series D round to ramp up global expansion.

Launched in 2009, Vestiaire Collective is a fashion ‘re-commerce’ site with a marketplace model, connecting buyers and sellers trading in second-hand personal luxury goods like Hermès handbags and Valentino rockstud heels. The company is one of several fashion resale sites chipping away at the dominance of eBay in the market for vintage clothing and accessories, with a more curated offering of handpicked, authenticated goods.

“We have a unique model because we focus on products that are on-trend and in-season, and we control every step of the process,” said Sébastien Fabre, chief executive officer of Vestiaire Collective. At the company’s headquarters in Paris, a team of human experts vet pre-owned designer items for trend, quality and authenticity — eliminating the counterfeits often found on sites like eBay — then work with sellers to set prices. 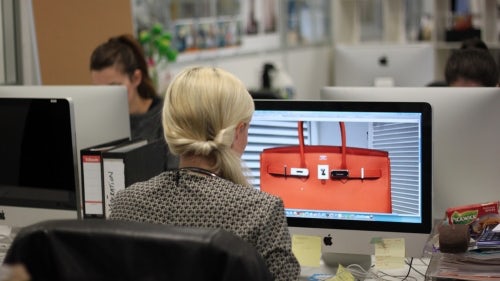 “Vestiaire Collective’s model is disrupting many industries, especially luxury and fashion,” said Virginie Morgon, deputy chief executive officer of Eurazeo. “Buyers are given direct access to a worldwide supply of products, while sellers can address a global customer based in just a few clicks. This is the perfect opportunity for Vestiaire Collective, as luxury goods are increasingly seen as durables and their perceived value is increasing.”

“[Vestiaire Collective] really supports the luxury sector. It offers a chance for target groups who cannot yet afford a designer item to get familiar with a luxury brand, and provides a safe environment for users to sell and buy post-season. It is much better than buying fake items,” added Moritz von Laffert, vice president of Condé Nast International. This is Condé Nast’s second investment in the company, after leading a $20 million round of funding in 2013.

Today’s fashion consumers, trained by the growth of fast fashion and flash sales, are used to buying more clothes than they did 15 years ago. And with global economic uncertainty and reduced social barriers to buying and selling previously worn goods, many are turning to the resale market to feed their appetite. 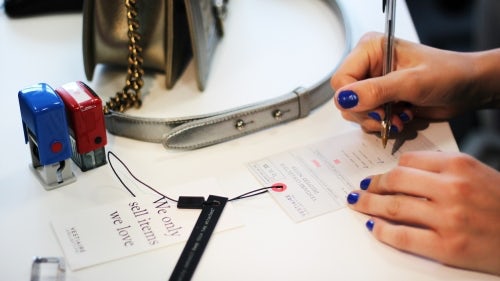 Vestiaire Collective’s revenue has doubled each year since its debut. In 2012, the site generated €18 million (about $20 million) in revenue, charging commissions as high as 33 percent. The site currently has over 4 million users and is attracting nearly 100,000 new users every month, according to the company.

“The €33 million we raised this round is one of the biggest financial rounds in France. We’ve raised a total of €63 million since the beginning of this year. We’re in a good position to grow and I would like us to become a ‘unicorn’ in five years,” said Fabre, referring to private companies valued at over $1 billion.

To get there, Vestiaire Collective plans to strengthen its international presence. The Paris-based online retailer opened an office in London and launched in the UK in March 2012. One year later, in 2013, it opened for business in the US. Previously, American users could buy from the website, but were not able to sell goods to European clients. “We want to accelerate our international roll-out. We want to be the leaders in Europe, but we are also focused on expanding in the United States,” said Fabre.

Vestiaire Collective is also focused on growing and interationalising its team, currently comprised of 180 people. “As you can see, there are a lot of French people here,” Fabre laughed. “We want to be more international and recruit especially in the countries we are targeting.” Today, the company has offices in Paris, London, New York and Berlin, the newest addition, which opened in November 2014.

But growth comes with challenges. “Vestiaire Collective [has] established a trusted secondary market for fashion,” said Von Laffert. “What’s important for Vestiaire is that it continues to keep up its upmarket positioning while growing and the strict policy of examining each and every item sold, in order to beat brand piracy.”