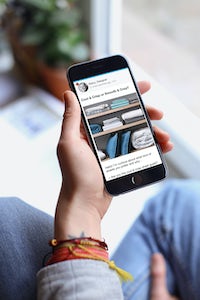 NEW YORK, United States — “Bun in the oven,” “bicycle kick” and “top bins” might sound like the kind of rude lingo you’d find on Urban Dictionary, but they are the names of challenges that appear on Tango, a new mobile platform launched by Adidas this September for its most devoted football fans.

For British 18-year-old street football player Jack Downer, who has been using Tango since it launched, the app is especially addictive because of these challenges, which users submit and others attempt to achieve. They range from hitting the crossbar to trapping a ball with your T-shirt.

Winners — those who have accumulated the most votes from other app users — not only increase their recognition within the global football community, but also receive digital trophies and progress to the next level within the app, making them eligible for exclusive rewards offered by Adidas, such as celebrity-signed products, match tickets or unique pieces from the brand's football collection. (Downer was the winner of the first challenge on Tango, “Stop Drop Ctrl,” where he adeptly received an aerial pass with just one touch.)

Adidas is not the first brand to have launched a dedicated app for its fans. Back in 2016, Target launched Studio Connect, a secret app that lets its most dedicated customers see, try and vote on unreleased products. Nike in February started rolling out a wave of new benefits for NikePlus members, called NikePlus Unlocks. Based on users' personal interests and goals, perks include access to music, guided meditation and fitness classes. It also recently launched SNKRS, which gives users access to early drops of a coveted Nike shoe, mobile geo-location missions to unlock access to products and the ability to view new models through augmented reality. Meanwhile, Stitch Fix has Style Shuffle, which launched in March and allows the brand to interact with their fanbase to better understand their style preferences. And just this month, Ralph Lauren also launched a Polo app targeting brand loyalists. 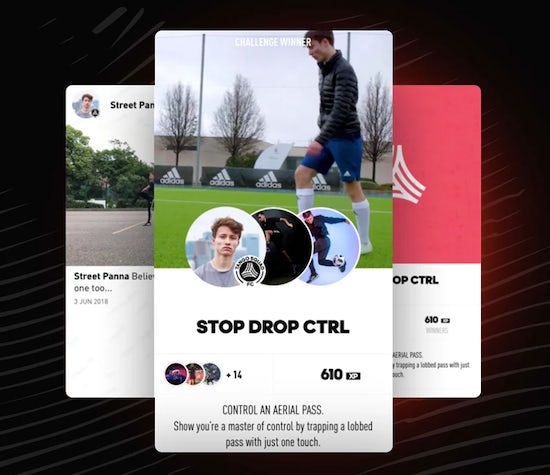 So, why are brands launching fan apps?

As owning a mobile device — and in some cases, multiple — becomes the norm, offering dedicated apps for the most dedicated consumers makes sense for brands, because it helps to drive high emotional engagement, said Mark Taylor, president of customer engagement at Capgemini Invent, the digital arm of the consultancy Capgemini. “[Engaged consumers] not only promote the brand among their family and friends, serving as brand ambassadors, but they will also spend up to twice as much with those brands.”

According to Capgemini’s research on customer loyalty, a dedicated app could help brands increase annual revenues by 5 percent.

Retail futurist Doug Stephens added that by offering a dedicated app, brands create a deeper sense of exclusivity and intimacy with their audience. “Part of what powers community is the sense that you’ve somehow been chosen to be included,” he said.

Target’s Studio Connect app, which resembles Instagram with its feed of large square photos, has only about 600 members, mostly from across the United States. According to Julie Guggemos, senior vice president of product design and development at Target, each community member is personally invited to take part and is selected based on previous engagement with the company online and in-store.

By using the invite-only app, consumers can earn points toward discounting and gift cards. But the bigger incentive, noted Guggemos, is that fans get to see and sometimes try products early, helping to inform design decisions. “Our guests are at the centre of everything we do. We’re constantly engaging with them through a number of forums to give them the opportunity to weigh in on what they like and don’t like,” she said.

Every Target designer has an account on Studio Connect, which they can use to ask the community of app users anything on their mind. The community is divided into various subgroups like those who have kids and those who don’t. “[It] adds a level of flexibility to the formal feedback process,” said Guggemos. The app, so far, has informed projects such as the Cat & Jack line of sensory friendly and adaptive apparel for kids and the Made by Design line of homewares, which launched this summer.

Meanwhile, online styling service and fashion retailer Stitch Fix, founded by Katrina Lake in 2011, already uses data culled from customers on budget, age, style and past purchase decisions, along with algorithms and the judgement of human stylists, to choose five items that are sent in each “fix,” or box. The company employs over 3,900 stylists and 100 data scientists. Customers pay a $20 styling fee upfront that is deducted from the total purchase of whatever items are kept.

It’s like Spotify’s ‘Discover Weekly’ playlist. The more data that is shared from the user, the more we are able to provide a personalised service.

Unlike Target’s Studio Connect, which features designs still in the development stage, Stitch Fix’s Style Shuffle app presents users with clothing and accessories that are already part of its inventory and prompts them to give a thumbs up or down. The idea, said Cathy Polinsky, chief technology officer at Stitch Fix, is for the company to understand which items users prefer to receive in their next shipment. It’s like Spotify’s ‘Discover Weekly’ playlist. The more data that is shared from the user, the more we are able to provide them with a personalised service,” she said.

According to Polinsky, data collected by Style Shuffle is incorporated into Stitch Fix’s styling algorithm (although it is not shared with their hundreds of brand partners). She said that surveying consumers alone wasn’t enough for accuracy. “There’s often a difference between what clients say they want and what they actually decide to keep. Because fashion and style can be incredibly nuanced, it’s difficult to learn someone’s style within the first few shipments.”

“Studies show that upward of 80 percent of consumers are willing to share data with brands if they feel that the outcome will be a better product or experience,” said Stephens. “What’s most important is that brands first understand precisely what kind of information they need to deliver these consumer expectations and then be sure to let the community know that their feedback is furthering the evolution of the brand.”

Ralph Lauren’s Polo app, which was first available to a select group of brand loyalists but has since opened up to a wider group in the US and will roll out internationally in 2019, was designed to engage customers through limited-edition product launches, as well as exclusive content and insider access, such as the ability to shop vintage or curated items from influencer Kiel James Patrick, who has 541,000 followers on Instagram, Rae DelBianco, author of the new novel “Rough Animals,” and Wei Koh, founder of men's magazine The Rake, among others.

It also solicits feedback on new product releases. “The app allows us to create a direct and ongoing dialogue with our highly engaged community, reward their enthusiasm and also act as a test bed for innovation and new ideas,” said David Lauren, chief innovation officer at Ralph Lauren. And so far, users have responded. “A limited-edition Ralph Lauren x Yankees jacket [posted on the app] sold out in three minutes.”

“Private apps can be very powerful ways [for brands] to connect with [their] best customers. People like to feel special and brands are giving them ways to provide feedback. Half of customers say that alone is a great perk of being part of a kind of loyalty programme,” said Sucharita Kodali, retail analyst at Forrester. However, she noted that “the biggest challenge for any brand is to keep watering the plant, so to speak. It requires a lot of effort to keep content fresh and to keep these customers engaged and coming back.”

“A superfan app is a form of participation, it’s not just a catalogue,” agreed Capgemini’s Taylor. “The biggest single flaw [for brands] is failing to realise that there has to be an exchange of value with consumers, who will willingly provide data if you provide value to them. Brand apps that act as catalogues for offers or promotions will eventually be ignored.”

“The questions that every brand should be asking are: How can we identify our most deeply engaged customers? And secondly, how can we provide them with a next level experience?” said Stephens. “Sales don’t necessarily tell the whole story around engagement, and brands need to be creative around how they deliver exclusive content and experience to their fans.”

“The app a brand builds should come back to their understanding about who their customer is and what they want,” he concluded.

Why Paid Memberships Are the New Loyalty