‘I love a bombastic show, but do I really want to be that guy forever?’ Rick Owens talks to Tim Blanks about Men’s Spring/Summer 2021, recontextualizing the past, the subtlety of craft and distilling runway excess for the everyday. 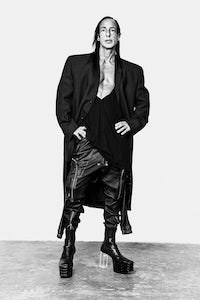 ‘I love a bombastic show, but do I really want to be that guy forever?’ Rick Owens talks to Tim Blanks about Men’s Spring/Summer 2021, recontextualizing the past, the subtlety of craft and distilling runway excess for the everyday.

LONDON, United Kingdom — Rick Owens called his new menswear collection Phlegethon, after the river of fire that ran through the underworld in Greek mythology. You can only imagine the elemental drama it would have inspired in the Olympian environs of his usual show venue, the Palais de Tokyo in Paris. Instead, we got a 10-minute digital record of Rick in his home studio photographing his lookbook for Spring/Summer 2021 on his male muse Tyrone Dylan Susman. The film premiered at 6pm Paris time on Friday. Right afterward, I Zoomed with Owens in his apartment on the Lido in Venice, where he’s spending the summer possibly feeling guilty that he enjoys the sunlit solitude as much as he does.

Reflecting on the major recontextualisation of his latest work, he said, “I love a bombastic show, but do I really want to be that guy forever? You see a fog machine, you think, ‘of course, it’s Rick Owens.’ There’s the other side of what we do that is quiet. Dramatic, yes, but with a certain amount of subtlety and craft that I was happy to have the chance to show. The mood was about being in the studio and about how we actually create the clothes… as opposed to fog machines.” 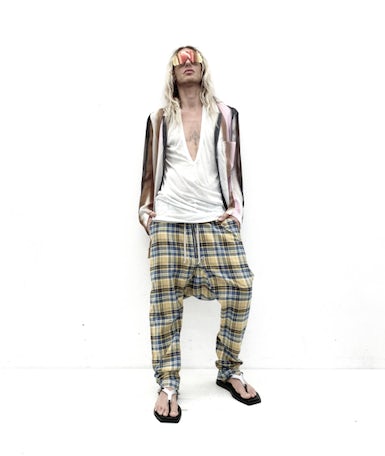 So much for rivers of hellfire, although Owens did admit that he can’t help romanticising doom “as a classic way to confront fear and instability.” As he said, you hope for the best but plan for the worst. He calls himself a pessimist, after all. Maybe that’s why it was such a gratifying surprise that this collection felt so optimistic. Owens claimed the months of quarantine had made him conscious of how far he’d come — and how grateful and appreciative he was. He recast ideas from his past, including some as fresh as his Autumn/Winter collection shown in Paris mere days before lockdown. “If people say ‘Rick’s repeating himself,’ yeah I kind of was, but there were such valid elements worth repeating and re-contextualising and re-combining. There were a lot of ideas I didn’t want to throw away, so I re-edited them in a different, quieter way without the flamboyance of the runway show.” For instance, those huge-shouldered jackets from autumn were shown here with the sleeves ripped out. Still defiant, but somehow more… summery. And the fabulous bozo ballast boots now came in flamingo pink (which wasn’t to say that they couldn’t give you a good kicking, just like a flamingo).

Also out of Rick’s past were layered mesh tanks and stretchy knits and swimwear whose abbreviation echoed the work of the late Californian maestro Rudi Gernreich. He indulged his enduring appetite for glam with high-waisted trousers, thigh boots and a sequin-strewn jacket. There was possibly a suggestion of his home state’s classic beach bum in the slouch of a plaid shirt and stripey bermudas, reversed for a striped shirt jacket and plaid dropped-crotch pants, paired with flip flops, but maybe that suggestion had as much to do with Tyrone’s bodacious surfer dude demeanour.

A clutch of trim, tidily pressed tailoring signed off the lookbook in a spirit of such restraint (Tyrone’s towering platforms aside) that you had to wonder how they would have played in the runway show we missed. “All these clothes were about the stiff upper lip,” Owens said. “If you’re on the Titanic, you have to be as noble and elegant as possible, go down with the ship as a gentleman.” He said he was a pessimist, remember?

But perhaps they were also the result of another nostalgic impulse that Owens felt as he worked in his studio. “This was how I originally started out. How do I take runway excess and make it possible for the everyday? It felt good to go back to it. There’s a little bit of humility somewhere after all of this. It was a nice experience. It’s going to be combined with the show somehow.”

Yes, Owens is anticipating a return to the runway in September, so he’s not planning on the Titanic sinking just yet. “The world is so conservative, so self-righteous that I have to be the opposite end of the spectrum,” he declared. “It’s my role, my duty.” Cap’n Rick, we salute you, and eagerly await your return.

The images in this review, courtesy of Rick Owens, are not the full Rick Owens Menswear Spring/Summer 2021 collection. 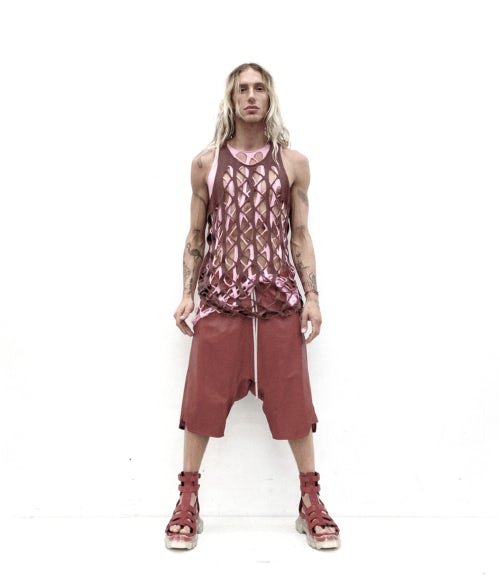 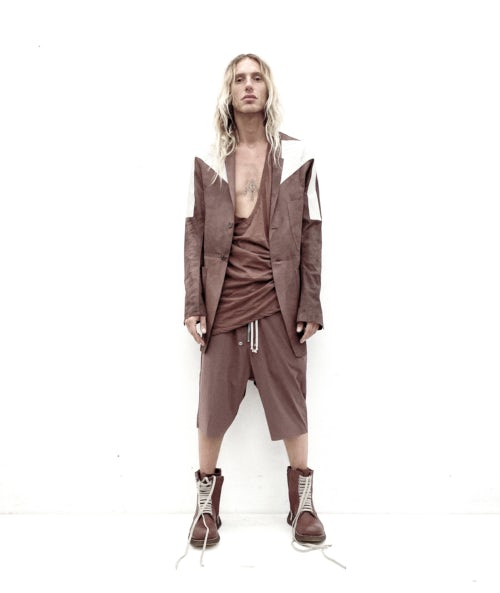 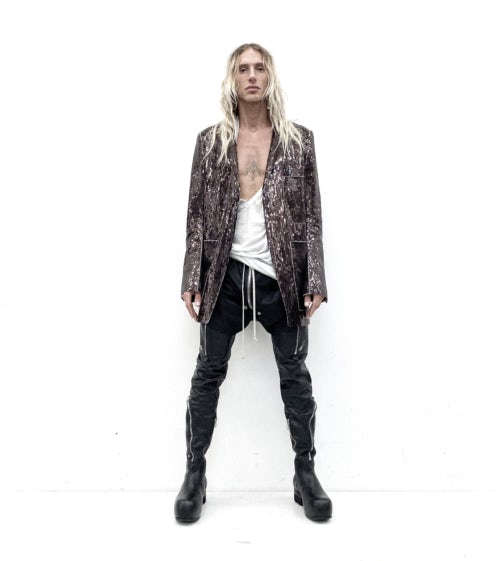 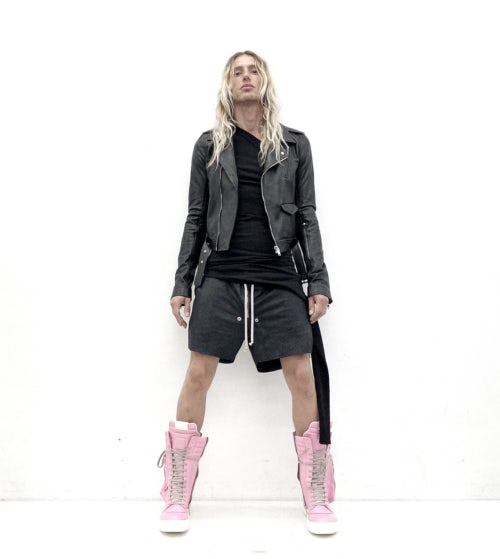 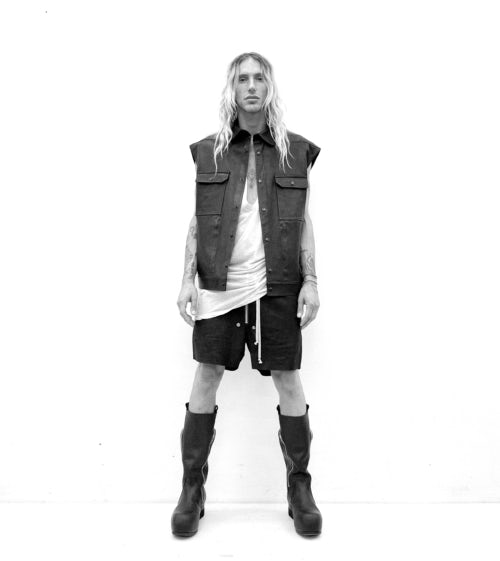 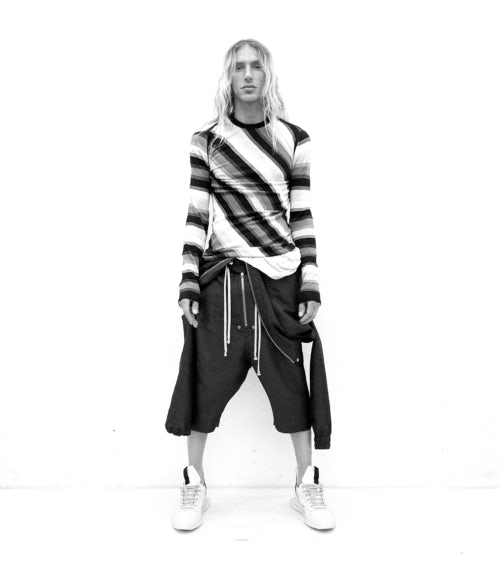