What Young People Really Think About Identity, Influence and the Experience Economy

Beautycon chief executive Moj Mahdara took to the #BoFVOICES stage to share results of her extensive survey of Pivotals, the super-generation age 13 to 34. Watch now.

OXFORDSHIRE, United Kingdom — Young consumers are hungry for the “unique, impactful and the real,” said Beautycon chief executive Moj Mahdara, who took to the stage at VOICES, BoF's gathering for big thinkers in partnership with QIC Global Real Estate, to the share results of her extensive survey of the super-generation she has dubbed Pivotals: 13 to 34 year olds whose values and behaviours deviate drastically from those of previous generations.

Beautycon, a media platform that blends live events, influencer marketing and retail, has afforded Mahdara a unique understanding of this increasingly influential group. (The most recent Beautycon live extravaganza took place in London on December 2.) And to understand Pivotals further, Beautycon partnered with research firm Culture Co-Op to release FOMO Volume 1, a survey of over 1,000 Pivotals in eight different markets across the US, examining the way Generation Z and Millennial consumers use beauty products and social media.

Thanks to interconnectivity, 71 percent of Pivotals have a friend who lives in a different country. It’s no surprise that they check their phones an average of 160 times a day and 57 percent take at least one selfie a day. They also value “lived experience over authority,” Mahdara said. For instance, “Instagram is an aspirational magazine not of what you own, but [of] your experiences.”

Instagram is an aspirational magazine not of what you own, but [of] your experiences.

This super-generation watches an average two-to-four hours of YouTube per week, seeking out tutorials and gurus who often make videos from their bedroom or kitchen table. In fact, 73 percent of Pivotals surveyed said that their purchases are driven by social media, while only 27 percent said that they are influenced by traditional celebrities. “They have a keen nose for smelling the inauthentic and the ‘photoshopped,’” she said.

The vast majority of Pivotals — 81 percent — say beauty isn’t just about products. “Pivotals view beauty very differently,” she said. “It used to be about a concealer culture, done in secret. Now, beauty is no longer about product or technique, it’s about cultural expression and creativity.” In fact, 86 percent agree that “the biggest change in culture today is the freedom to express yourself however you want.” 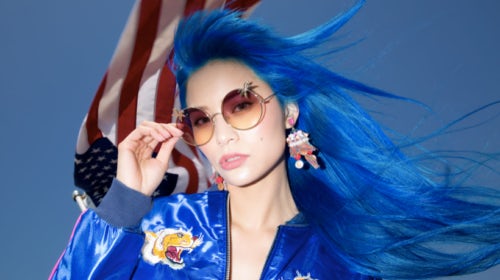 Wild/Mild: Su-Hwei, a half-white, half-Filipino female from Texas, "embraces both sides of herself."
| Source: Courtesy of Beautycon

To help better understand how Pivotals think about identity and self-expression, Mahdara identified three social tribes within this super-generation: “Digital Soul Seekers,” who reject racial and sexual labels; “Wild/Mild,” who want to embrace different sides of their personality, and “Z Boys,” who are challenging conventional ideas about how men interface with makeup.

Mores of sexuality and gender continue to evolve. Half of those surveyed say sexuality is a continuum not a binary, while 54 percent of men consider themselves feminists. “Masculinity is clearly changing,” Mahara said, as 40 percent of pivotal men describe themselves as gender bending, with 38 percent actively experimenting with their personal style.

And while this super-generation may not be as religious as others, they are spiritual: 66 percent explore ancient rituals from different countries, while a third actively meditate and practise self-improvement.

However, what’s perhaps most exciting — and frustrating — about this generation is that no matter what the data tells you, they prefer not to be pigeonholed. “Demographics are moot when it comes to Pivotals,” Mahdara said. “Sixty-three percent wish they didn’t have to label themselves,” and 61 percent use a “niche” descriptor when they do have to identify themselves.

Their approach to identity is micro-cultural. It’s key for seeing the bigger picture of this generation.

“Their approach to identity is micro-cultural,” she added, noting that 44 percent draw from two more distinct cultures to create their own unique culture. “It’s key for seeing the bigger picture of this generation.”

To be sure, Pivotals can prove a challenge for brands that are used to targeting mass audiences rather than the mass of niche audiences that increasingly makes up today's world. “This generation has everyone shook,” Mahdara said. “It’s clear that [Pivotals] are waking the beauty industry up, and it’s not just beauty.”

To learn more about VOICES, BoF's annual gathering for big thinkers, in partnership with QIC Global Real Estate, visit our VOICES website and click here to request an invitation to attend.

How Fashion's Most Talked-About Start-Ups Are Actually Performing