Announcing the Latest Speakers for VOICES 2019

Juergen Teller, Carole Cadwalladr and Alok V Menon are the latest names to join an exciting and inspirational group of speakers at BoF's Annual Gathering for Big Thinkers to be held in Oxfordshire, UK later this month.

Announcing the Latest Speakers for VOICES 2019

Juergen Teller, Carole Cadwalladr and Alok V Menon are the latest names to join an exciting and inspirational group of speakers at BoF's Annual Gathering for Big Thinkers to be held in Oxfordshire, UK later this month.

LONDON, United Kingdom — The Business of Fashion is pleased to announce the final line-up of global speakers for VOICES, BoF's annual gathering for big thinkers in partnership with JHSF, which will take place from November 20 to November 23, 2019 at Soho Farmhouse in Oxfordshire. We are also proud to announce that following our successful partnership over the past three years, McKinsey & Company will once again be the Exclusive Knowledge Partner for VOICES, co-publishing our authoritative annual report on The State of Fashion 2020. (You can download last year's report here.)

To coincide with VOICES 2019, BoF and McKinsey will release The State of Fashion 2020, the fourth edition of an annual in-depth report providing a comprehensive business outlook for the fashion industry in the year ahead. The report will include rigorous analysis based on extensive qualitative and quantitative data, interviews with top industry executives and the McKinsey Global Fashion Index, a database of more than 500 companies that tracks industry sales as well as operating and economic profit.

VOICES is BoF's annual, invitation-only gathering bringing together movers, shakers and trailblazers of the fashion industry and uniting them with the people shaping the wider world. Over three days, executives, entrepreneurs, experts and business leaders will converge in Oxfordshire to immerse themselves in a programme of provocative talks, interactive discussions and stimulating activities, capturing the power of cross-industry learning and collaboration.

To learn more about VOICES, BoF's annual gathering for big thinkers, in partnership with JHSF, visit our VOICES website and click here to request an invitation to attend. We welcome attendees from all industries and all walks of live, and look for people who will contribute to the VOICES community. For the full list of speakers, please see below. 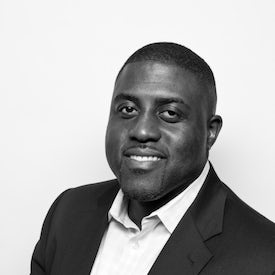 Yinka Adegoke is the founding editor of Quartz Africa, coordinating its news and events in partnership with a team across the continent. In 2018 he was named as one of the 100 Most Influential Africans by New African magazine for his role in developing Quartz Africa as a vital news and features platform on the continent. Adegoke has reported from over 20 countries across Europe, Africa and North America. Before Quartz, Adegoke was deputy editor at Billboard, where he ran business coverage for the world’s leading music magazine brand. Prior to that he was Reuters’ senior media correspondent covering the global media business. 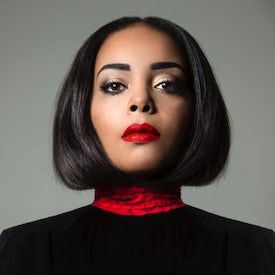 Rozan Ahmed is the founder of the The Magic Drive and a strategic advisor to luxury brands across a widening realm of fashion and entertainment. At 21, she was the youngest appointed editor in British publishing and a Young Global Leader by the age of 28. Her intersectionalist focus, inspired by a world of multi-identity, remains on solving world problems through a unique combination of entrepreneurial, philanthropic and curatorial activity, becoming a role model for women and young entrepreneurs across the UK, Africa and Arabia. 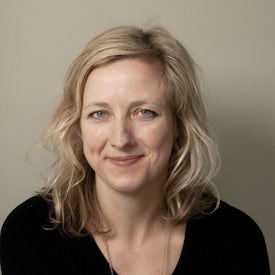 Carole Cadwalladr is a journalist for the The Guardian and Observer in the United Kingdom. She worked for a year with whistleblower Christopher Wylie to publish her investigation into Cambridge Analytica, which she shared with The New York Times. The investigation resulted in Mark Zuckerberg being called before Congress and Facebook losing more than $100 billion from its share price. She has also uncovered multiple crimes committed during the European referendum and evidence of Russian interference in Brexit. 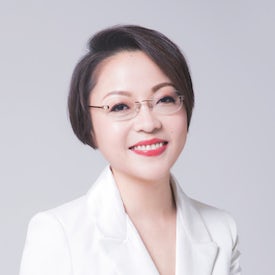 Joann Cheng is chairman of Fosun Fashion Group (FFG), the company under Fosun International that focuses on strategic fashion investment and management. Cheng has led and continues to lead FFG in accomplishing reputable acquisitions, investments and post-investment management within the fashion industry, most notably in 2018, with the group’s acquisition of French fashion house Lanvin, where Cheng also serves as chairman. Cheng obtained a BA degree in Economics from Shanghai University of Finance and Economics and a Masters from the China Europe International Business School in Shanghai. 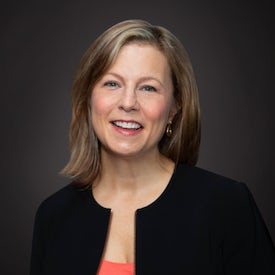 Mary Clark joined the Synchronoss team in January 2018, and serves as chief product officer and chief marketing officer. In this role, Clark is responsible for product management, marketing and communications. Clark comes to Synchronoss from Syniverse where she served as chief marketing officer as well as senior vice president of roaming. During her time at Syniverse, Clark was a key player in several areas of the business. She was awarded a Silver Anvil for a campaign that put Syniverse in the centre of the discussion for mobile engagement for brands and enterprises. Clark holds a Bachelor of Arts in communications from the University of Delaware. 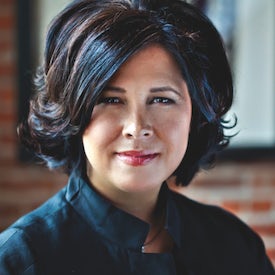 Sheryl Connelly has served as Ford’s corporate futurist for over 15 years. As the company’s chief futurist, Connelly is responsible for identifying global consumer trends that inform functions across the entire company including design, product development and corporate strategy. Before working for Ford, she practiced law. In addition to a Juris Doctorate, she holds a bachelor’s degree in finance and a master’s in business administration. Fast Company magazine named her the 24th Most Creative Person in Business. Connelly has been a featured speaker at TED Unplugged 2018 and TED Global 2013. 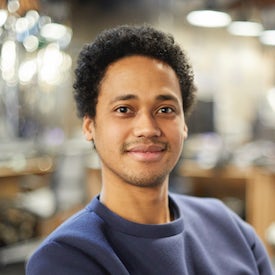 Cyril Diagne is a French digital interaction designer and artist based in Paris, France. He is the co-founder of the art collective LAB212 and winner of the DevArt prize in 2016 for the artwork Les Métamorphoses de M. Kalia, exhibited at the Barbican Centre in London. In 2015, together with designer Beatrice Lartigue, they won the WNO Performance Award for their interactive installation Portée. Diagne is now an artist in residence at the Google Arts & Culture Lab in Paris. During this residence, he created multiple popular projects such as the viral sensation Art Selfie, the t-SNE Map and the interactive visualisation, 20 Years of Search. 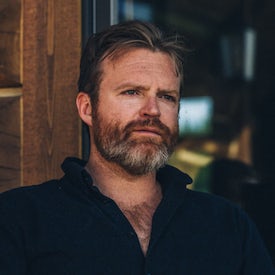 Dan Doty is an entrepreneur, speaker, consultant, and the co-founder of Evryman. The core of his message is how connected men can and will lead to a safer and more equitable world. Doty is a man’s man with a well-developed tender side. He embodies the ability for men to be exactly who they are, and is sharing that message that there are as many definitions of manhood as there are men on the planet. His writing, his podcasts and his speaking are imbued with a simple and consistent message that we are all good at our core and the best thing we can do is slow down, get in touch with what we feel, and take the risk to be vulnerable with others. 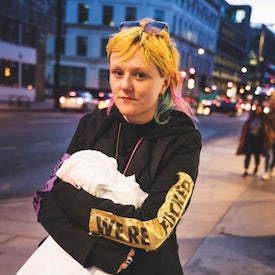 Clare Farrell is a co-founder of Extinction Rebellion's arts team, also acting as a spokesperson and co-editor of the recently published handbook, This Is Not A Drill. She advocates for non-violent rebellion in the face of the planetary ecological emergency. Farrell trained as a fashion designer and has been dedicated to creative approaches to social and environmental issues. She has a background in creative activism and her work in fashion has spanned the high street, luxury and ethical sectors in the UK. She has been educating in universities on the topics of fashion, textiles, the environment and ethics for over a decade. 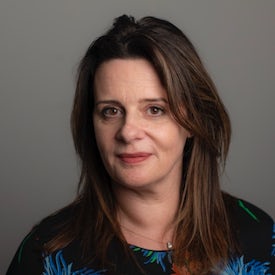 Janine Gibson is an assistant editor and editor of special projects at the Financial Times. Previously she was editor-in-chief of BuzzFeed UK, running the news team in London and overseeing all editorial content from September 2015 to January 2019. Under her editorship the team won News Website of the Year at the 2017 UK Press Awards. Prior to BuzzFeed, she worked at The Guardian for 17 years, most notably launching The Guardian US in 2013 and overseeing its Pulitzer Prize-winning reporting of the Edward Snowden leaks. Gibson graduated from St John’s College, Oxford University. 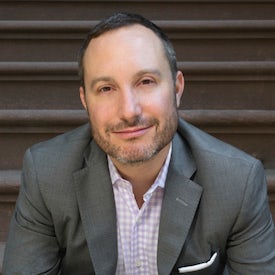 Brad Grossman is an author, creator, and speaker exploring how our constantly changing culture impacts business and society. As the founder and chief executive of Zeitguide, he advises some of the world’s top creative and business visionaries on how to stay culturally relevant and successful in the most dynamic era of our time. In addition, Grossman publishes weekly bulletins, a quarterly Zeitguide cultural almanac and hosts online "Culture Classes" available by subscription. Grossman graduated from Brown University. 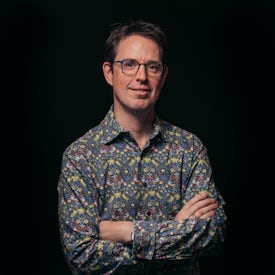 Felix Salmon is the award-winning chief financial correspondent at Axios. The host of the weekly Slate Money podcast, he previously worked as a senior editor at Fusion and as the finance blogger for Reuters and for Condé Nast's Portfolio.com. His work has appeared in a variety of publications, including Wired, The New York Times, New York Magazine and Euromoney magazine. A graduate of the University of Glasgow, he has worked in the United States since 1997. 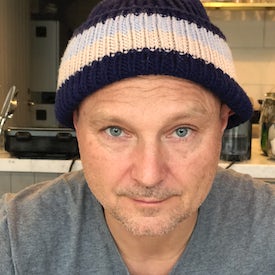 Juergen Teller studied at the Bayerische Staatslehranstalt für Photographie in Munich, before moving to London in 1986. Navigating both the art world and commercial photography, he has shot campaigns for brands such as Celine, Louis Vuitton, Marc Jacobs and Vivienne Westwood and editorials for magazines including Arena Homme Plus, Pop, Purple, System and W. In 2003, Teller was awarded the Citibank Prize for Photography and in 2018 he was awarded the Special Presentation ICP Infinity award. 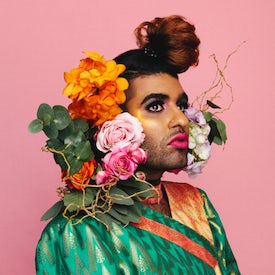 Alok V Menon is a mixed-media artist whose work to create a world beyond the gender binary has been internationally renowned. As a leading voice in the movement to de-gender fashion and beauty industries, Alok has worked as both a designer and a model — creating three gender-neutral fashion collections, walking for Opening Ceremony and Studio 189 at NYFW, and modelling for fashion editorials in Vogue, Canadian Fashion Magazine and Laud Magazine. Alok graduated from Stanford University.