These are the latest globally renowned speakers confirmed to join fashion industry leaders from around the world at the second annual edition of VOICES, from November 29 to December 1 in Oxfordshire, UK.

These are the latest globally renowned speakers confirmed to join fashion industry leaders from around the world at the second annual edition of VOICES, from November 29 to December 1 in Oxfordshire, UK.

LONDON, United Kingdom — The Business of Fashion is delighted to announce the latest exciting names confirmed to speak at VOICES 2017, which will take place in Oxfordshire between November 29 and December 1, in partnership with QIC Global Real Estate.

In a special in-depth conversation with BoF editor-at-large Tim Blanks, Dries Van Noten will speak about the sustained creativity and growth of his independently financed global fashion business in the context of an industry dominated by the mega conglomerates.

Van Noten will be joined by renowned fashion editor Carine Roitfeld, Airbnb co-founder and chief product officer Joe Gebbia, as well as James Scully, who will follow up on his impassioned talk at VOICES 2016. We are also delighted to welcome circular economy champion Dame Ellen McArthur as well as the spellbinding magician Dynamo and Akin Akman, one of New York’s most in-demand elite fitness trainers.

Dries Van Noten, born in Antwerp in 1958, is the third generation in a family of tailors. His business has been entirely self-financed since the beginning and Van Noten now sells his men’s, women’s and accessories collections in his boutiques in Antwerp, Paris, Singapore, Kuwait, Hong Kong and Tokyo, as well as some 400 boutiques around the world. In 2017, he celebrated his 100th fashion show.

Carine Roitfeld spent a decade as editor-in-chief of Vogue Paris, leaving in 2011 to launch the biannual CR Fashion Book, and become global fashion director of Harper’s Bazaar. Playing an instrumental role in the provocative aesthetic of the 1990s, her work as an editor and stylist is instantly recognisable — clients have included Gucci, Tom Ford, Dior, Chanel and Louis Vuitton.

Joe Gebbia is a multidisciplinary designer and entrepreneur. He is co-founder and chief product officer of Airbnb, the groundbreaking service which began in his San Francisco apartment and has spread to 3 million listings in 191 countries, creating a new economy for thousands of people around the world. His role is to instill a culture of creativity throughout the organisation, as well as to lead both the development and exploration of new opportunities in relation to its core foundational principle — trust. He is a UNHCR Ambassador, sits on the board of the Malala Foundation and is a graduate of the Rhode Island School of Design.

Dame Ellen MacArthur is a former long-distance yachtswoman who in 2005, broke the world record, becoming the fastest person to single-handedly circumnavigate the globe. In 2010, she launched the Ellen MacArthur Foundation to advocate the circular economy with education frameworks, government and systemic initiatives and an information resource, Circulate. 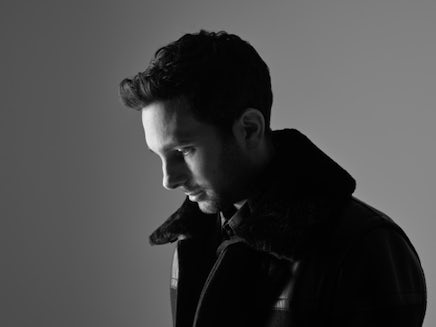 Dynamo is a recipient of the prestigious "Magician of The Year" award from the Academy of Magical Arts. His ascent from unknown, working class magician to multi award-winning, global superstar, has been nothing short of miraculous. He has walked (on water) across the river Thames, levitated in front of Christ the Redeemer in Rio de Janeiro and walked down the outside of the LA Times building. His hit TV show "Magician Impossible" has enthralled over 400 million viewers across 180 territories and has redefined modern magic for the millennial generation. With over 8 million fans across social media and over a billion online views, Dynamo has quickly established himself as the most followed magician in the world.

Akin Akman is one of New York’s most in-demand elite trainers, whose bootcamp programme, Akin’s Army, is part of his rapidly expanding, community-driven fitness brand. A Nike training ambassador, Akman has tapped into the fashion industry with campaigns for Tommy Hilfiger and DKNY, as well as collaborations with New York-based designer Todd Snyder.

Dr Tom Waller is founder and senior vice president of Whitespace, Lululemon’s in-house innovation lab and research and development team. Since joining the company in 2012, Waller leads a group of inventors, scientists and engineers dedicated to building industry-shifting initiatives, as well as developing products and services that innovate and elevate the Lululemon customer experience.

James Scully has helped launch the careers of Bella Hadid and Liya Kebede, among many other famous models. The casting director is renowned for his inclusive and diverse casting for high-profile and long-standing clients including Tom Ford, Lanvin, Stella McCartney, Carolina Herrera and Jason Wu. He has been an outspoken critic of the lack of diversity on the runway and this year, spearheaded the new models charter co-signed by Kering and LVMH following his emotional talk at VOICES 2016.

To learn more about VOICES, BoF's annual gathering for big thinkers, in partnership with QIC Global Real Estate, visit our VOICES website and click here to request an invitation to attend.