NEW YORK, United States — Away Chief Executive Steph Korey, co-founder of the direct-to-consumer luggage brand, is stepping down from her role, the company announced Monday afternoon. She will be replaced by Lululemon Chief Operating Officer Stuart Haselden.

The shakeup comes amid a tumultuous time for Away. Last week, technology news site The Verge published a report alleging an exploitative work culture created and reinforced by Korey.

Korey will assume the role of executive chairman, effective January 13, 2020. Prior to his five-year tenure at Lululemon, Haselden was J.Crew’s chief financial officer and has experience working for Saks Fifth Avenue. 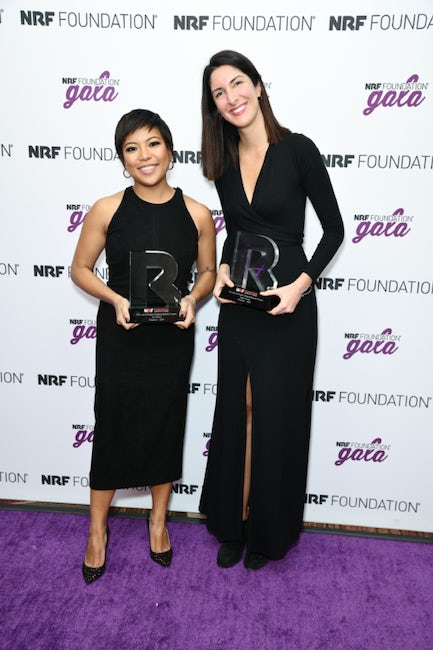 Despite the timing of the announcement, it’s unlikely the decision to hire Haselden was made hastily because of The Verge report, which included screenshots of Slack messages Korey sent to employees, often late at night, pressuring them into extra work without overtime compensation. It also alleged that six people were fired in 2018 because of their involvement in a private Slack channel for LGBTQ and minority employees to complain about the purported toxic work environment.

Korey issued an apology on Twitter the following day. “I can imagine how people felt reading those messages,” she wrote. “I was appalled and embarrassed reading them myself … I know I have more work to do, and I will do better for the team.”

Hiring for such a high-profile position does not happen overnight, according to recruiter Caroline Pill, vice president of global executive search at Kirk Palmer Associates.

“It takes at least two to four months to pull someone from that level at Lululemon,” she told BoF. The Vancouver-headquartered Lululemon is a public company with a market capitalisation of $30 billion.

“At some point, there’s an inflexion point where a company outgrows its founder,” Pill added. “The necessary skills for a CEO and a founder are two different things.”

Since its founding in 2016, Away has raised more than $156 million. Its latest funding round totalled $100 million, led by Wellington Management Co., and valued the company at $1.4 billion. In the past year alone, Away doubled its workforce to nearly 600 corporate and retail employees, including eight new vice presidents. Next year, the brand will further its investment in physical retail stores and expand into new categories such as apparel.

"With the immense growth of the Away brand, the complexities of our business have evolved as well," Away President and Chief Brand Officer Jen Rubio said in a statement. "Stuart's deep experience across our three pillars of growth — product, retail and international — and his passion for building, leading and coaching teams will undoubtedly provide Away with the experience and leadership we need for long-term success."

Scaling a company can be tremendously challenging for startups like Away. It requires quickly building operational teams and infrastructure to support growth. Shipping and inventory management are also pain points, and even those that hire logistics partners will find that constant upkeep is needed to ensure that orders are fulfilled smoothly.

Regardless of why Away hired a new CEO, the decision to make the announcement just days after the report in The Verge underscores the new level of accountability companies are being held to. Business transparency "is more important than ever before," according to 96 percent of Americans surveyed in a 2018 report released by social media data firm Sprout Social.

“There is tremendous demand from consumers to feel assured that [the company they are buying into] is a good company,” Leslie Gaines-Ross, chief reputation strategist at global communications firm Weber Shandwick, told BoF in June.

Regardless of the change in leadership, Away “is still one of the hottest companies out there right now with amazing growth,” Pill said. “The company is now bigger than its founders, which is ultimately the goal when you build something like this.”