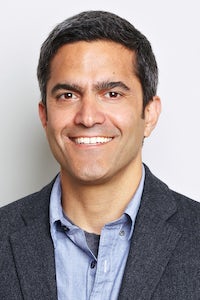 Stylebop.com Founder to Step Down
Stylebop.com founder and managing director, Mario Eimuth, will transition from his active position in the business, remaining as a shareholder and member of the advisory board, contributing to the company as executive chairman. Dr. Thomas Müller, who joined Stylebop.com in late 2015, will assume the role of sole Managing Director.

Clare Waight Keller Joins Givenchy
Givenchy has announced Clare Waight Keller as its new artistic director, replacing Riccardo Tisci, who had held the position since 2005. Tisci exited in January and is widely expected to move to Versace. Waight Keller joins from Chloé, where she served as creative director for six years upon leaving the house in March.

Under Armour Hires Chief Innovation Officer
Under Armour has named Clay Dean as chief innovation officer. He joins Under Armour after more than 20 years at General Motors, most recently leading the company's global advanced design organisation.

Roberto Magnini Joins Philipp Plein
Roberto Magnani has been appointed as director of international development at Philipp Plein Group. Prior to joining Philipp Plein, Magnani spent much of his career in top management positions within the Tod's Group, in addition to past roles at Costume National, Iceberg and Genny.