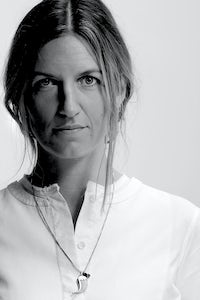 By Malene Birger names creative director
Mathilde Torp Mader will succeed Christina Exteen as creative director at By Malene Birger, effective August 28. She joins the Danish label as it looks to accelerate its international growth, and will oversee both ready-to-wear and accessories collections. Torp Mader — who has held design design positions at Marni, Sonia Rykiel, Vanessa Bruno and, most recently, Mulberry — will be based in London, where the Copenhagen-based house plans to open a new design studio.

Target names chief strategy officer
Target has appointed Minsok Pak as executive vice president, chief strategy and innovation officer. Joining the Target leadership team on September 11, Pak will report directly to chairman and chief executive Brian Cornell. He joins the company from The Lego Group, where he served as senior vice president of Lego Retail; prior to that he worked at McKinsey & Company.

Mickey Drexler named Outdoor Voices chairman
Activewear brand Outdoor Voices has appointed Millard “Mickey” Drexler as chairman of its board of directors. Drexler stepped down as chief executive of J. Crew in June after 14 years at the helm, although he continues to work with J. Crew in the capacity of chairman and retains a 10 percent stake in the company. Earlier this year he also launched Drexler Ventures to advise and invest in young companies.

Victoria's Secret owner appoints board members
Victoria's Secret owner L Brands Inc. has named two new appointments to its board of directors: Patricia Bellinger and Robert Schottenstein. Bellinger, known for her expertise in leadership development, serves as an adjunct lecturer and research fellow at the Harvard Kennedy School; Schottenstein is chairman and chief executive at M/I Homes, Inc. The retail company also announced Jeffrey Miro will be retiring from the board after 10 years.