Can Fashion Compete with Tech for Executive Talent?

With some of the industry’s top executives flocking to tech giants like Google and Slack, it’s going to take more than a sleek office and brand cache to bring them back.

Can Fashion Compete with Tech for Executive Talent?

With some of the industry’s top executives flocking to tech giants like Google and Slack, it’s going to take more than a sleek office and brand cache to bring them back.

Many fashion execs view tech companies as necessary lines on the resumé if they are to have career longevity and relevance in an increasingly digital world. BoF Collage.
Workplace & Talent
Share
Comment
BoF Professional Exclusive
By Sheena Butler-Young September 2, 2021 04:30

In the ultra-competitive world of athletic apparel and footwear, marketing industry veteran Adrienne Lofton had ascended to the top. After stints at Target, Levi’s and Under Armour, she cinched the role of vice president of North America Marketing at Nike in 2018, putting her within arm’s reach of becoming the chief marking officer of the world’s biggest sportswear brand — long her dream job.

Although Lofton said it took months to make a final decision, in the end, she couldn’t turn down the opportunity to become the company’s vice president of brand marketing for platforms and ecosystems. The gig offered Lofton the ability to drive storytelling for some of Google’s most recognisable platforms (think Android, Google Play and Chrome), work with world renowned “geniuses” and do the job from nearly any city in the world. (She chose Los Angeles.)

I started to see a new playing field that I actually have not spent any time in and I knew I needed to.

“There’s something about Google that is a stratospheric shift in the kind of impact I can make for consumers and ultimately, for the world,” said Lofton, whose first day on the job was Aug. 30. “That impact was sizable, the scale was something you can’t even describe … I started to see a new playing field that I actually have not spent any time in and I knew I needed to.” 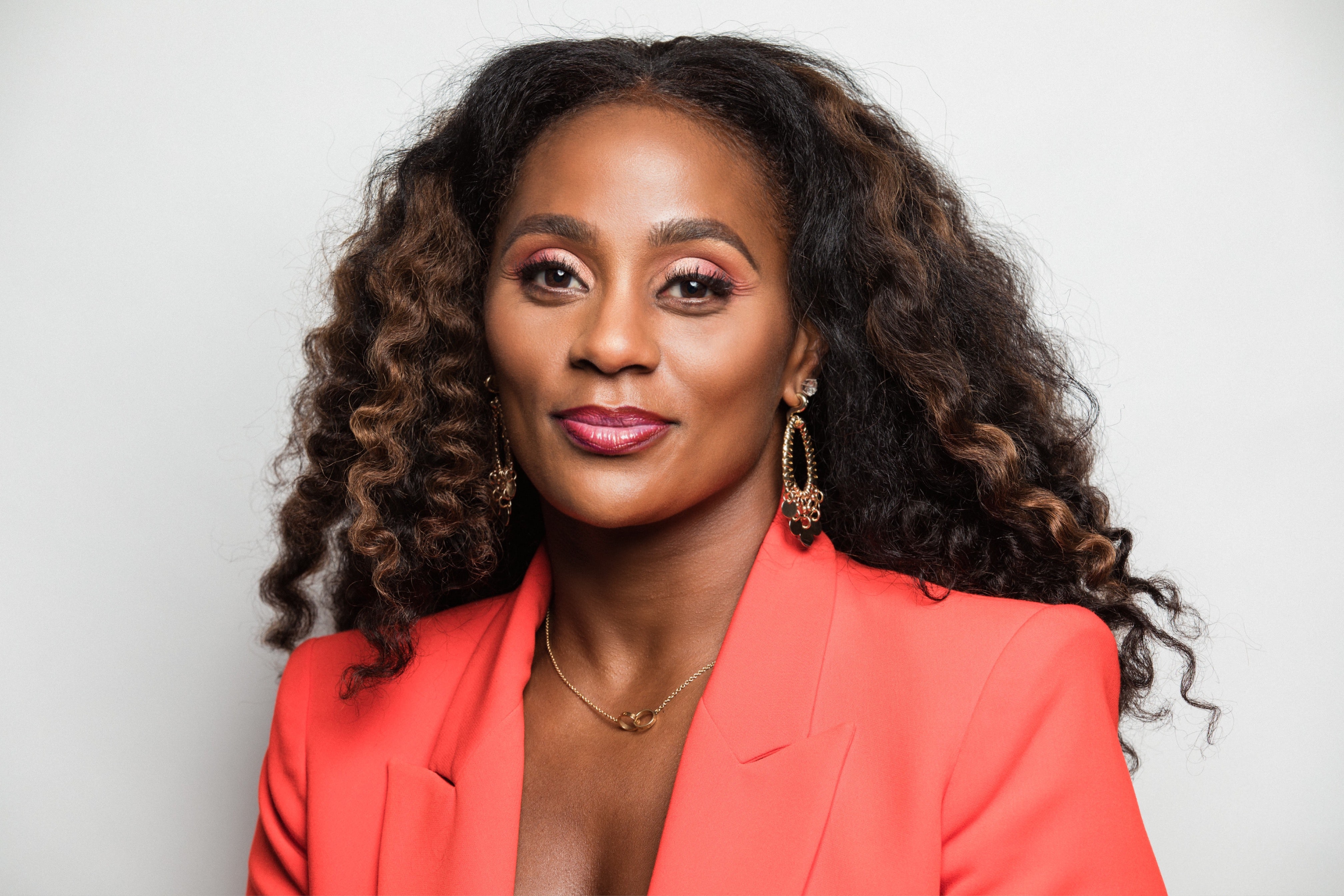 For fashion industry leaders like Lofton, the tech world has long carried a powerful allure. Over the years, Apple has tapped top executives such as Paul Deneve, former chief executive of Yves Saint Laurent, and Angela Ahrendts, former CEO of Burberry. It’s a trend in publishing, too. Glossy magazines that may have viewed brand cache as part of their compensation package are seeing their appeal dim among candidates. Top editors at publications such as Allure, Vogue and Marie Claire have all recently flocked to tech companies.

Pandemic-borne introspection has compelled many executives across industries to reassess their career ambitions and expectations in areas like work-life balance, compensation and organisational impact. As the global health crisis pushed digital further to the fore — and a bevy of retail names scrambled to shift for resources online — more fashion veterans are viewing tech companies as necessary lines on the resumé if they are to have career longevity and relevance in an increasingly tech-driven world.

Fashion still has plenty to offer though — and many of the perks available in the tech space can be replicated in retail if companies are aggressive about it, said Caroline Pill, London-based partner at executive placement firm Kirk Palmer Associates.

“Candidates [nowadays] want to join a company that is fast-paced, results driven and where they feel that they can have an impact ... where there’s very much a data-driven organisation and [where] digital is at the forefront,” she said. “This doesn’t necessarily mean that they want to be part of a tech company — they want to be a part of digital.”

Candidates [nowadays] want to join a company that is fast-paced, results driven and where they feel that they can have an impact.

Fashion brands have long been able to rely on their brand name to attract and retain talent. But today, that’s no longer enough.

“There [may be] a perception among some fashion companies that they are ‘too big to fail,’ … or ‘you’re lucky enough to be here,’” said Pill. “People are now attracted to: ‘What is my impact in the bigger scheme of things?’ … companies who are not going to adapt are going to struggle.”

What prompted his decision to exit the industry was the pandemic’s outsized impact on the “future of work.” He saw Slack as a company that was propelling the future, rather than scrambling to respond to it.

“Here’s a product that’s basically saying, ‘we’re going to take all the stuff that people are using to actually work better and more efficiently and we’re going to create the future of work by integrating all that stuff into a platform,’” he said. “[I was attracted to] this forward thinking, futuristic innovation.” 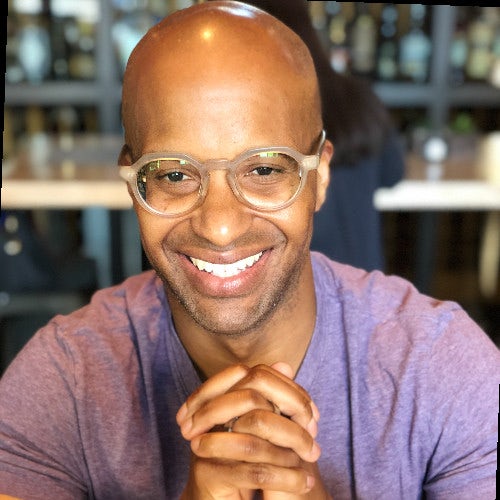 One of the key factors that cinched Lofton’s decision to join Google was its openness to her “outsider’s perspective,” she said.

“I saw a different level of curiosity about the products that they’re making and about the consumer experience,” she said. “There was this realisation from them to me, that sometimes it takes people coming in from the outside with a fresh perspective to shift the prism — and that was new for me.”

Plenty of fashion brands have sharpened their focus on digital innovation in recent years though, including giants like Nike, which has launched everything from a foot-scanning software to self-lacing shoes, and Sephora, with its virtual makeup artists software using augmented reality. Digitally-native start-ups like the luxury marketplace Farfetch and the sneaker brand Allbirds portray themselves as part of the tech world from day one.

“As brands get to a digitised version of themselves, they will offer the kind of experiences and accelerated growth that people like me crave,” said Lofton. “But [in the meantime] there will be a few folks like me that are looking to supercharge.”

How Fashion Can Compete

For most fashion brands, step one is to prioritise tech alongside other top company goals, as top talent want to go to a company where they can have an impact on innovation, said Pill.

“It’s very rare to attract a candidate for any role related to management nowadays if they cannot have some level of oversight and influence on [digital] profit and losses,” she said, adding that for some fashion firms this may involve removing silos from most departments — like stores and design teams — so that individual employees whose roles aren’t primarily tech-driven are still interacting with digital often.

At some retail brands there’s still this old school way of thinking — and, often, a lack of accountability, trust and tools and resources to embrace remote work.

Tech companies are also often able to offer more attractive compensation packages since they tend to have better profit margins and are growing faster than many fashion purveyors. They also face stiffer competition for tech talent requiring them to pay people more. Not every fashion firm will be able to compete on salary and stock options but they can expand their offerings of other perks such as work from home, caregiving subsidies and employee wellness programs.

But many companies are still missing the mark — in areas like flexible work, said Gunn.

“At some retail brands there’s still this old school way of thinking — and, often, a lack of accountability, trust and tools and resources to embrace remote work and other flexible [options],” he said.

The feeling like “you’re a part of the next big thing,” is enough of a selling point for many candidates, said Pill, who added that she’s seeing more C-suite executives seek out roles at private equity firms and start-ups over “cushy jobs with a corner office” because they feel they want to be able to say they had input in the creation of a major tech solution.

Still, major fashion names haven’t lost their lustre altogether — and tech companies are by no means the cure all for every executive looking for a step change. In the same way an executive may want to feel they are a part of the next revolutionary tech product, there may always be talent who find it more exciting to create the hottest streetwear line or buzzy sneaker drop.

“Some tech jobs aren’t as glamorous as some of the candidates think they’re going to be,” Pill said. “I think there’s always going to be interest in traditional fashion and beauty, as long as they evolve in terms of their own digital capabilities and their openness to allowing their people to evolve within that space.”

Why Has Apple Been Poaching Fashion Execs?