LONDON, United Kingdom — To reach Alister Mackie’s studio on Kingsland Road, in East London, you must ride up three floors in a shabby service lift with an awkward metal grille. There’s no automated voice saying, “Keep clear of the closing doors,” and you have to let yourself in and out. It feels almost shockingly analogue — much like the creative process of Mackie himself, who is the creative director of Another Man, as well as a consultant to fashion brands including Marc Jacobs and Louis Vuitton.

Mackie has been in the same building for twenty years and the studio functions as his archive, filled with the relics of pre-digital filing systems. Glass-fronted wooden cabinets that used to belong to the post office and house mail directed to Swansea, Wales, are stacked with rare art volumes and the physical scrapbooks Mackie makes for each issue of Another Man. Across the room, drawers once filled with library card catalogues now store scarves, ties and accessories. Two decades of parties with the likes of Primal Scream, Damien Hirst and the Chapman Brothers have taken place here too. It’s no surprise that Mackie hasn’t relocated. His analogue archive feels like the source of his powers.

Mackie shares his studio with fellow stylist, former mentor and long-time collaborator Katy England. The pair first met in the back of a trailer on location in the early 1990s, when Mackie was a model on a shoot that England was styling. Mackie travelled down overnight on a coach from Glasgow, where he specialised in textiles at Glasgow School of Art, after being spotted in Ichi Ni San, a pioneering local boutique that stocked John Galliano, Ann Demeulemeester and Joe Casely-Hayford. “There was this Winnebago full of great clothes and she was styling,” Mackie recounts, “I didn’t know what styling was at that point. I didn’t understand it was a job that you could do.” England and Mackie hit it off instantly, marking the start of what would later become a significant creative partnership.

Growing up in Scottish suburbia, Mackie had been “a bit of a misfit” and describes his upbringing as “sheltered – very dull, very suburban, very appropriate for imagining better things – very Smiths.” He was skinny, into indie music and an avid reader of Smash Hits magazine. “I would wait weeks for it to come out, those images are burnt into my memory.” i-D magazine showed Mackie that fashion could be for someone like him, too. “The work of David Sims and Corinne Day and the boys with a look that I could relate to got me interested in fashion. It felt like something was happening that I could be a part of. Fashion became about young people, whereas it had been about glamour and status. It wasn’t the Chanel surfboards and the supermodel stuff.” 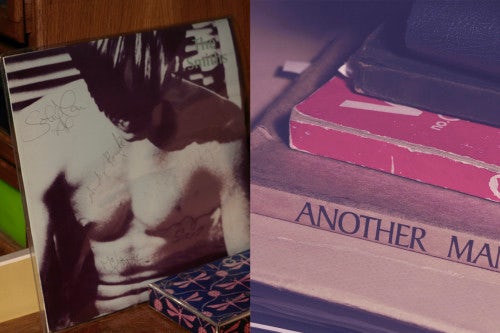 After graduating from Glasgow, Mackie applied for the Fashion MA at Central Saint Martins, where he met the legendary professor Louise Wilson, who played an instrumental role in shaping his future. “My first encounter was the interview,” he recalls. “I was filling in my form and she said ‘Don’t worry about that shit, you’re in!’ She got me a bursary because I was from Scotland. If she hadn’t got me money, there would have been no chance, no opportunity.” Mackie was close to Wilson as a new student and, initially, she was his only friend at CSM: “I spent my days lurking in her office, smoking.”

For his graduate show, Mackie created a collection that he describes as “quite rock ’n’ roll, quite school. I did intense fabric development with lace and iridescent fabrics melted together. I sold some of it to Marc Almond [of electro pop group Soft Cell], which was a big buzz. He wore a PVC jacket with a tiger melted into the back with lace and tulle over it — a little bit Michael Jackson, but kind of ironic.”

Throughout this time, Mackie had kept in touch with England. “Katy was my inspiration,” he said. “I was a student and she was working and we came together into a really dynamic creative relationship.” Still skinny, with long red, grungy hair, Mackie fitted into the emergent Britpop scene and he soon began assisting England working the door for 1990s club nights like Blow Up, whose regulars included Blur, Pulp and Elastica. His early styling assignments were helping England get ready for club nights and making shirts for Primal Scream. And Mackie’s fascination with rock stars and the scruffy, raw-edged look of Britpop is visible in the creative DNA that Mackie set for Another Man a decade later.

England first launched Mackie into the world of editorial when she involved him in a shoot for Dazed & Confused: “Dazed gave me my first break in 1995,” he says. “I did a shoot with Katy, we used some of my collection from Saint Martins, with the photographer Martina Hoogland. Very quickly I was working for Dazed. Then I was fashion director at Another Magazine for a good 5 years before we started Another Man.” The period he spent at Dazed still resonates with Mackie: “Katy and I were styling for McQueen, the Chapman Brothers and Damien Hirst and that lot were involved in Dazed. All the exciting stuff was happening right where we were, in East London. I am very attached to this part of town, to this building. That’s why I’m still here after twenty years, because the energy of that time, I still feel it.”

Mackie co-founded Another Man in 2005 to meet the increasing interest in menswear at the time: “We didn’t have enough space for menswear in Another,” he recalls. “There were a lot of designers showing menswear that was important and there was change in what men thought about fashion. It wasn’t some secret society anymore. Raf Simons was important, Hedi [Slimane] was doing Dior Homme, there was a feeling that the market was developing.”

For the first issue of Another Man, Mackie made a scrapbook of images and ideas, a working method that he had used as an art student at Glasgow: “I did a big book, the first one, and I tried to show as many diverse ways of looking at men as possible, from pop stars to model cards to paintings to family albums — everything but fashion magazines. ‘How does one depict a guy?’ That was my starting point. I still do it in that way.” 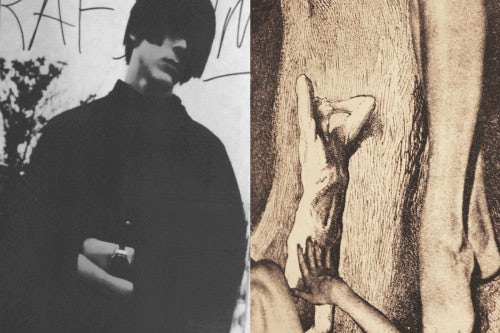 There is a physical scrapbook of images and other inspiration for every issue of Another Man, drawn from art, vintage magazines, album covers and other popular culture references, which Mackie dipped into for a book he has put together to mark the magazine’s 10th anniversary (Another Man: Men’s Style Stories, published by Rizzoli). Each issue, he hands the book over to his creative team, who pass it around and come up with editorial ideas in response. “I always tried to tell a story around what the clothes were. It’s not just an instruction manual on what to wear or buy. There’s always an element of storytelling to what we do. Our guy has a certain character and he reappears. We like Mick Jagger and we like Lord Byron and anti-heroes. That guy pops up and keeps reappearing.” Typical of his analogue working style, he lays out each issue along the length of the floor in his studio, when putting it together, and physically walks his way through it.

Alongside his editorial work, Mackie became a consultant for brands early in his career, after assisting England on shows like Alexander McQueen’s “The Birds” in 1995. His longest-standing client is Marc Jacobs, but he also consults for Louis Vuitton and has previously worked with Lanvin, Dunhill, Missoni and Fendi, among others. “You come in and work with the design team. It can be from the stage of research images to vintage research to doing the first fitting and second fitting. You follow the development of the collection with them and the days that you come in are signposts. They get everything ready to present to you and they make lots of decisions on those days. You are involved in the design, but on a part-time basis.”Being on the same vibe as the designers he works with is an essential part of the role, according to Mackie: “The key is to be really adaptable and understand how to tune in to their wavelength. McQueen is one thing and Silvia [Fendi] is very different and you have to navigate.”

Looking back at how he got started on the path to what has become an enviable position, Mackie reflects: “When I was a student and I was asking about styling and how to get into it, the answer I got was that you just do it. For my degree show at Glasgow I did the make up, I painted the bodies, I draped the materials, wrapped string around and took the pictures and processed the images on the photocopier. It was completely homespun stuff, but I didn’t realise at the time that that was styling.”

“In a way, it’s an easy job to get into because there’s not a lot of set up, not much run up, you can actually just do it at home.”

Editor’s Note: This article was revised on 20 November, 2014. An earlier version of this article misstated that Alister Mackie consults for Lanvin, Dunhill, Missoni and Fendi. He does not. These brands are amongst his former clients. Mackie currently consults for Marc Jacobs and Louis Vuitton.