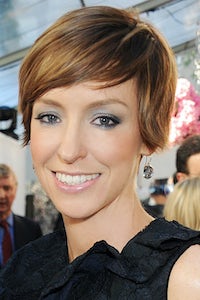 Glamour UK editor-in-chief Jo Elvin steps down
Condé Nast Britain confirmed that Jo Elvin has resigned from her role as editor-in-chief at Glamour after 17 years at the helm. After beginning her career at a number of teen titles including Dolly, Sugar and B, Elvin was tapped to launch Glamour’s UK edition in 2001. She has not confirmed her next move.

Susan Rockefeller joins Ohana & Co. board
Ohana & Co. — the investment bank that has advised on a number of luxury transactions including Hourglass’s sale to Unilever and Onward Luxury Group’s acquisition of a majority stake in Charlotte Olympia — has appointed Susan Rockefeller to its board of advisors. The documentary filmmaker sits on a number of boards and is a member of JD.com’s International Advisory Council.