How I Became... An Art Director

Photographer and art director Carlota Guerrero landed her first commercial project with Solange Knowles and has since channelled her female-led visual aesthetic into campaigns for the likes of Givenchy, Dior, Loewe, Nike and Zara.

How I Became... An Art Director

Photographer and art director Carlota Guerrero landed her first commercial project with Solange Knowles and has since channelled her female-led visual aesthetic into campaigns for the likes of Givenchy, Dior, Loewe, Nike and Zara.

Carlota Guerrero started experimenting with photography as a teenager but studied psychology and communications at university in Barcelona, believing her family wouldn’t accept her pursuit of the arts. A year abroad in Paris changed her perspective on art. “I started seeing how art was respected — and [how] I could make a career from it,” she told BoF.

Aged 24, Guerrero landed her first major commercial project as a photographer and art director — for Solange Knowles’ studio album Seat at the Table. With a distinctive minimalistic aesthetic and visual language, often working with groups of women and identity exploration, Guerrero has since landed accounts with the likes of Givenchy and Dior, Loewe, Phillip Lim, Zara and Nike, as well as further collaborations with Knowles.

“I keep it simple so I can really understand what I’m doing. It’s about taking chances that you’re interested in until you master it. I practice with the same thing all the time because I’m trying to understand what it means,” she says. 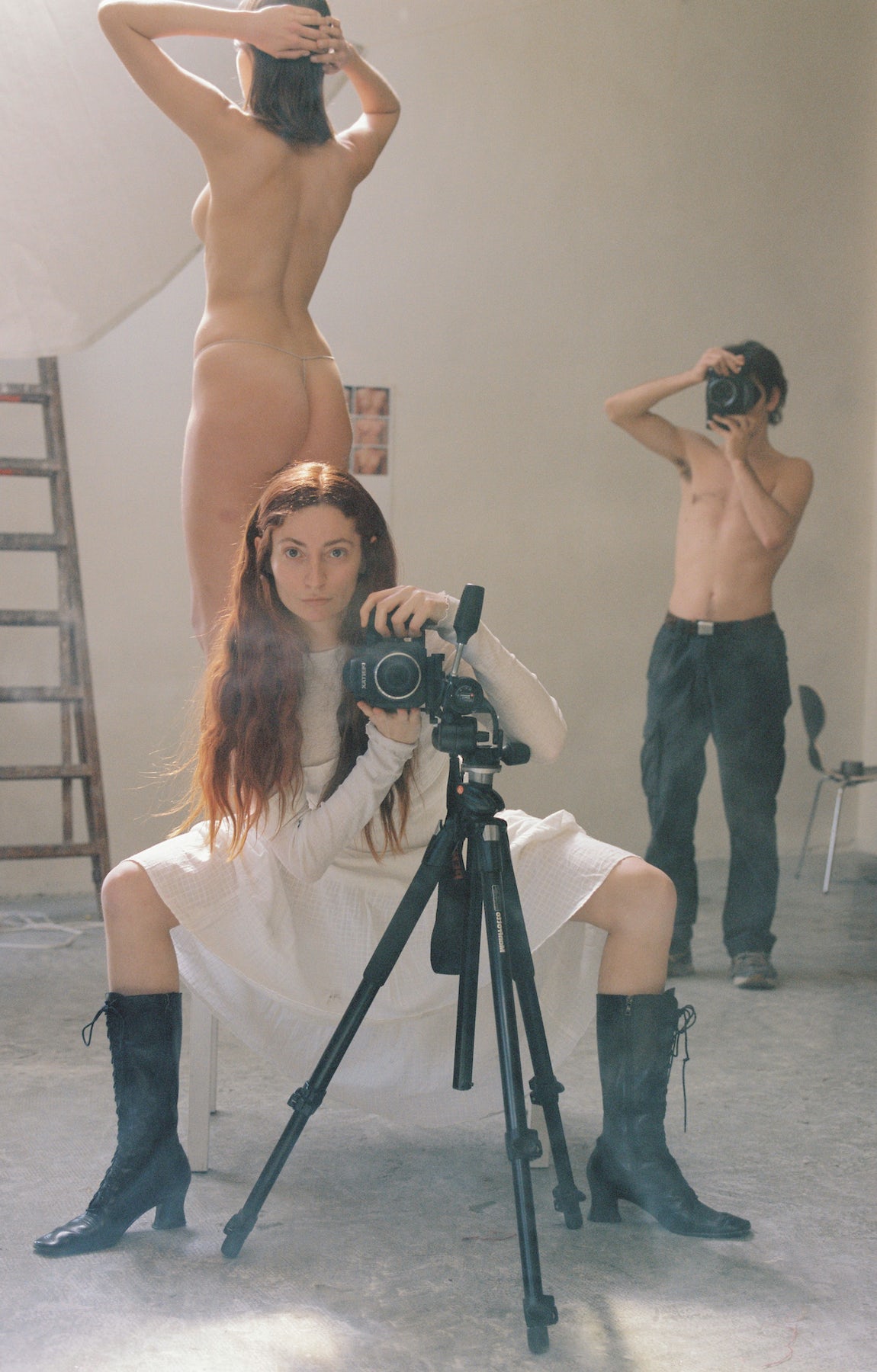 Today, the pandemic has given the art director time to launch her first book and establish a studio in Barcelona: “investing in my studio, investing in my archive — preparing myself for the future.” Here, she shares her career advice.

What attracted you, and held you, to working in photography?

I was a creative child and teenager, but in those times, it was hard for me to accept that. My family is humble, working-class. During the economic crisis in Spain, I was deciding what to study and I didn’t feel like I could tell my mum that I wanted to study arts. So, I did psychology and then communications, but I could feel in my heart I didn’t enjoy it. At the same time, I started obsessively photographing my friends in the summer, by the sea. That was the starting point.

I moved to Paris for my last year of studying. There, something changed my perspective of art — it’s not as important in Barcelona as it is in Paris. I had some friends studying fine art and I started seeing how art was respected — and I could make a career from it. So, it started from there. I was taking pictures every day and, organically, brands became interested in what I was doing.

How did you build interest with brands and other clients?

I was working with personal matters and things I had in my house — real situations — and that’s what brands look for most of the time. It’s harder to do that in a studio. They’re searching for soul and I think I was creating real images that were aesthetically pleasant.

My clients are looking for my aesthetic, which is from the Mediterranean. It’s made by and from here, so it’s easier for me to work here. I’m forming my studio for the first time and some brands are brave enough to send me their stuff to photograph here. The production is much cheaper and more sustainable.

It’s about taking chances that you’re interested in until you master it.

How did you approach developing your aesthetic?

Find your personal story and try to translate what you’re feeling into colour and form. I keep it simple so I can understand what I’m doing. It’s about taking chances that you’re interested in until you master it. I think that’s been my path. I practice with the same thing all the time because I’m trying to understand what it means. I don’t want to jump onto another chapter until I’ve really understood it.

I’m limited aesthetically, but its solid because I don’t experiment more. I won’t use much colour and I’m a minimalist because I need to control the image and all of the elements of my art. That comes from being a chaotic person. For me, art has always been therapy. Minimalistic images are where I find something harmonious and balanced. It’s not an aesthetic choice but more of an emotional choice.

How did you book your first significant commercial project?

Solange [Knowles] was the first big project I did. I was in Barcelona and I wasn’t working that much. All the money I earned, I was investing into personal projects. I think Solange was following me [on Instagram] and one day, I received a message from her manager to say that [Knowles] wanted me to direct [her album] Seat at the Table. That was the starting point of my career.

I was 24, I had been to New York just once years before, and I didn’t have experience in big projects. I put a lot of my soul into that project and when I got back to Barcelona, I felt drained. I started experimenting with other ideas [outside of group women] in the year afterwards and now, I cannot look at it at all because it was terrible. But I had to try that to know I’m here to work with group women. That’s my thing.

Give yourself the space to understand you’re going through a lot of stress and you need to take extra care of yourself. We’re human and it’s a lot.

What was the biggest lesson you learnt when starting out?

I remember feeling insecure at the beginning, until I realised I could deliver perfectly if I focused. I earned a lot of confidence through my first big project with Solange. Now, I’m impressed because it was so much pressure for me in a culture that wasn’t my own, and with a big star. Working with her and realising we were a great team gave me a lot of confidence in my art.

It’s also stressful to travel the world and go somewhere by yourself, and then to try to adapt and be creative. It’s accepted and normalised, but if you’re sensitive like I am, it can be triggering and stressful. Be kind to yourself. Give yourself the space to understand you’re going through a lot of stress and you need to take extra care of yourself. We’re human and it’s a lot.

What did you learn from collaborating with others?

You need to be clear about your limits from the beginning because sometimes you’re trying to do something visual and you’re not making your concept as clear as is needed. That’s important when you’re collaborating because, if you’re working on your own project, you don’t need to explain anything. I think developing good communication skills and explaining “why” and “how” is so important because you need to convince people of something that’s your illusion and in your mind.

How has the last year impacted your approach to work?

I am thankful to have had time for myself and I didn’t have any pressure to go anywhere. I could devote myself to building a safe space. A mind shift I had in the beginning was to be positive and brave, which means nurturing this nest for the future. Investing in my studio, investing in my archive — preparing myself for the future. Giving love to the process.

What do you believe is essential to success in your field?

Developing your skills is the main point, of course. For me, it’s also about connecting to what you have to say as an individual and honouring that. Trying to translate that to visual images is complicated. You need to invest your time and energy in creating your own language because hopping onto trends and doing what everyone else is doing is not going to add any value to the world.

What we need is people telling their own stories and to connect with the value of your own story. You need to take that risk. If it’s fear that’s holding you back, it is better to overcome that because if not, you’re going to always feel like you’re missing something.

If you feel you have something to say — think about it but say it.