LONDON, United Kingdom — After moving to London to study at the age of 18, Adonis Kentros worked as a sales assistant at British department store, Selfridges, and later at Miu Miu’s Bond Street branch, before taking on the role of visual merchandiser at the store. During this time, Kentros entered the “creative heaven” of London’s clubbing scene in the early 2000s, sparking his interest in a styling career.

Kentros’ early years assisting stylists saw the young creative travel across the globe for photo shoots and work with the likes of Naomi Campbell, Karl Lagerfeld and Nick Knight, before moving onto the editorial team at Garage Magazine in 2015, where he later became associate fashion editor. 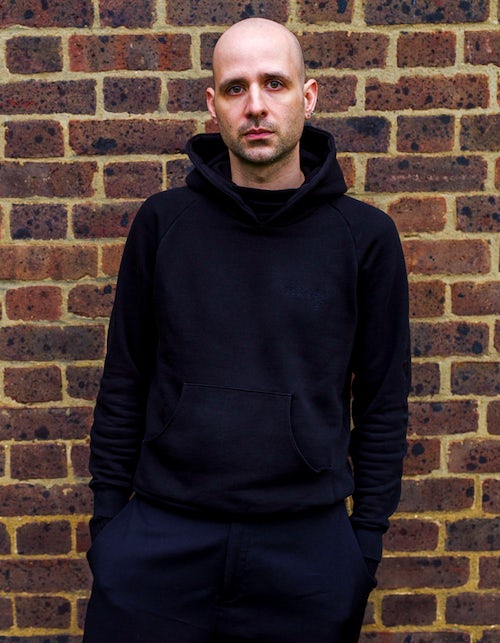 In May 2018, Kentros began working as the stylist consultant for Christopher Kane — one month before the British designer bought back his 51 percent stake held by Kering. Today, the brand has more than 150 stockists in over 30 countries. Ahead of the brand's show at London Fashion Week next week, Kentros talks to BoF about how to succeed as a stylist today.

The fact that I was able to progress in a company like Prada, where the work was demanding and selective, gave me the confidence to think I could do more. But it wasn’t until the end of my 20s that I realised I wanted to be a stylist. That was around the early 2000s, when it was a crazy time in London.

The party scene in the East End was like a creative heaven, where a lot of young people working in fashion were interacting with each other. At the time, I was playing with my own style, meeting important people, getting inspiration from the way club kids were styling themselves. That was how it all started.

What we do has a lot to do with intuition, how you understand fashion and how much passion you have for it — you have to have a love for fashion, a love for beauty and luxury. [But] to stand out, you also have to be determined to succeed because it’s exhausting work. There’s never enough time in the day to do what you need to do.

You need to be thick-skinned because you will spend long periods of time around demanding, difficult people, sometimes even unpleasant people with very big egos. Then, you have to be organised, hardworking and charming. Manners really matter.

How did you transition from visual merchandising to styling?

When I first decided to give styling a go, I emailed agents and I told them that I wanted to intern, that I wanted to work with so and so’s stylist. Within 5 days, I was working with the stylist and consultant Sarah Richardson, who needed an intern. I was just excited to get my foot in the door in any way possible.

I spent one year with Sarah as her assistant. It was a small team, so I was doing shoots and appointments in my first few days. But the most important thing is observing how someone works and to learn from that. I would watch Sarah interact with the clients, with the teams on set, and with designers while she was doing consultancy. She had an amazing work ethic and she was very inspiring.

Charlotte Stockdale, the former fashion director for Garage Magazine, was the last stylist I assisted before I transitioned from assistant to stylist. While working for her, I was on set with the likes of Karl Lagerfeld, Nick Knight and David Bailey. It was a small magazine at the time, with only a handful of people doing everything, so I became quite involved with everything from the beginning and eventually became fashion coordinator and then associate fashion editor for the publication.

To be a successful stylist, one of the most important things is to distinguish when a job is about you and your aesthetic and when it is not.

How can stylists and creative professionals evolve to keep up with the rapidity of change within the industry?

I was always [used to] a fast-paced environment so I thrive on that. After working for Sarah [Richardson], I was working for the fashion director of German Glamour at Condé Nast in Munich, as well as the stylist of Naomi Campbell, who was looking for someone to work on Campbell’s annual charity fashion show, Fashion for Relief.

It was complete madness — at Condé Nast, we were constantly chased by deadlines and I had to work on three, four, five shoots at a time. So, no mistakes were ever allowed, no matter how small. With Campbell, she is incredible to be around — her energy and drive is incomparable, and she will never accept anything but perfection. You just have to be determined and go for it, but it is exhilarating. You get such a kick out of it.

What is a common misconception of working as a stylist?

Styling is not the glamorous job that people think it is from the outside, and you are constantly working. As an assistant, I was flying alone to New York and Mexico with 12 suitcases to meet a stylist, then setting everything up, working on castings, on the mood boards — it’s sweat, tears, and countless sleepless nights. You must want to do that if you want to succeed.

It’s a job that we do out of passion and any job you do out of passion makes you happy. Some younger people I have met recently don’t really want to put the time in, or they’re shocked when you tell them what hours they need to work. You must be ready to make sacrifices. From the very beginning, you need to be hardcore and thick-skinned.

What marks a successful stylist in your opinion?

To be a successful stylist, one of the most important things is to distinguish when a job is about you and your aesthetic and when it is not. When you do editorial, it’s completely about your vision. But with other jobs, you need to put your ego and personal taste to the side to fulfil someone else’s vision, be that a photographer, a commercial client, or a designer, like Christopher Kane.

In my work at Christopher Kane, it’s not about what I want to do, it’s about his vision. The brand has a very clear idea of who the woman is and what they want her to look like. As his stylist consultant, my job is to help define who that woman is through editing the collection and building the looks together.

You must be able to step back and follow the brief sometimes, even if that brief is the opposite to your taste. The way you handle those moments can shape your career completely, much more than when you’re working freely and doing whatever you want according to your own aesthetic. When your collaborators see that you are flexible and mature, they will want to work with you again.

What do you believe is essential for someone starting a career in the fashion industry?

It’s important to do your research. What’s happening in fashion right now is very exciting and you must know what’s going on, but you also need to have broader interests because fashion is informed by everything. A lot of shoots will be based on films, book characters, music movements, subcultures, even architecture sometimes, so it’s important to do broader research.

Good manners are also everything to me. We work in a business where bad manners are acceptable, but that means that good manners always shine brighter. However, I do think the industry is changing and the newest generation don’t have the same big egos as those from previous generations.

That said, some younger people starting out [today] seem to think that if they assist for a few months, then they will be ready for Vogue. That’s not going to happen. It takes years. You need to be ready to work and to give your 100 percent at all times. This means you need to show up on time, demonstrate that you want to work and learn, don’t leave until there is nothing left to do and then, when you think everything is done, ask if there is anything more to do. Then, you will definitely be booked again.