MILAN, Italy — A self-prescribed “scrappy street kid” from Brooklyn, philosophy and photography graduate Julie Ragolia began her career in fashion by styling shoots for her roommate at Brooklyn College. Sticking close to her passion for music, Ragolia sent a portfolio to MTV, where she was hired as a staff stylist.

Ragolia sought agency representation, sharing her portfolio with Streeters agency in New York who suggested she apply for an assistant role to W magazine’s then fashion director Alex White. It was at W that “it clicked for me — that fashion is indeed an art form.” 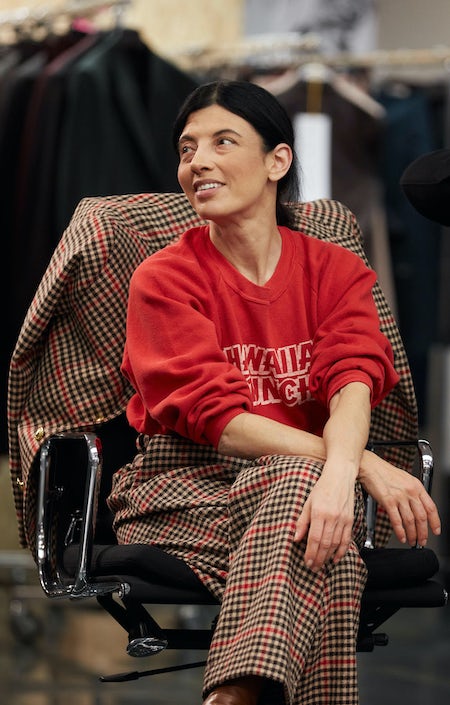 Ragolia went on to work at the likes of Fader magazine, Man of the World and At Large. The stylist and fashion director has also worked and consulted with brands on advertising campaigns and the red carpet, as well as contributing to titles including 10 Magazine, Wall Street Journal, L’Uomo Vogue and GQ France. She styles runways for brands including Theory and Ermenegildo Zegna. Now, she shares her career advice.

I never intended to be in fashion. I thought I would be a curator, an art critic or a professor. Fashion was always intriguing to me, but I grew up a scrappy street kid from Brooklyn, with very modest means. At that time in my life, in that time of the industry, it didn't seem like my universe.

I started as a film student at NYU, but I realised I didn't want to be a director. It was an expensive university, so I moved to Brooklyn College and studied philosophy and photography. I would do shoots with my roommate who was a budding fashion photographer and he said I could never make it in this industry, so I put a book together and sent a résumé to MTV.

I followed my heart into music and it so happened that they had seen a shoot I had done so they hired me. The next thing I knew, I was styling some of their celebrity guests and DJs, but I still wasn't convinced I was working in fashion. I didn't see the art form yet.

What encouraged you to stay working in the industry?

People around me were talking about having agents so I thought I should do the same. I went to an agency called Streeters, feeling the most connected to them having grown up a street kid. They saw my portfolio and said I wasn’t ready for representation, but that Alex White was looking for a new assistant at W magazine and I should apply.

Working under [White] at W in those early days and seeing just how much work goes into making [it in the] fashion industry was when it clicked for me, that fashion is indeed an art form with a lot of social, political and cultural references. I saw how much art goes into the thinking process of making fashion editorials. It became a creative force in my mind, seeing the quest to understand society that can be found through fashion.

Growing up shy and still being incredibly shy is my greatest asset in some ways because that stepping back enables me to see a bigger picture. I'm observing life and I’ve always had a sense of where things are going because I've always been a cultural observer. References of culture were always, and continue to be, the main force in how I think.

Being shy is my greatest asset because that stepping back enables me to see a bigger picture.

If you're working somewhere like MTV, if you're not observing culture, then what do you speak to? Growing up in deep Brooklyn is a place where you had every kind of music. It was all around me and it influenced me in a multi-cultural, multi-referential nature that has always been a part of who I am and my work.

How has the fashion industry evolved over your career?

When I started in menswear, I thought that world felt alive. There was something bubbling in New York with a few young designers, then all of a sudden, there was the emergence of menswear designers and brands having a voice, and male models were allowed to be themselves, whereas female models were not. There was more honesty for a while in menswear and I gravitated towards that. 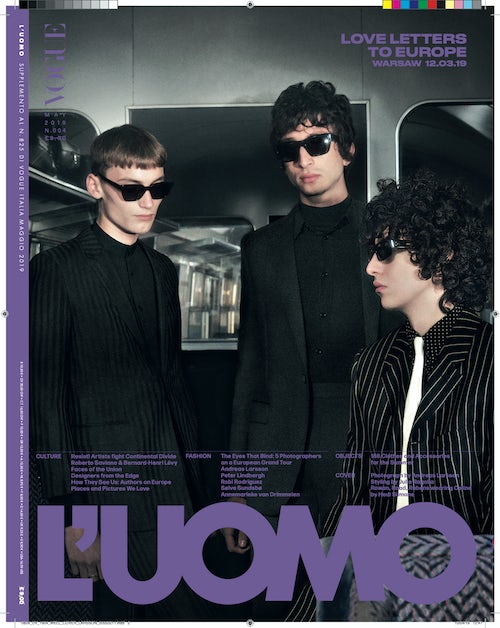 What I love about what's changing in the industry is that women now have this ability to be who they are. Female models are not just hangers for clothes, which might sound crude but that's how it used to be. It's no longer just the clothes — it's about the people who wear them. In a visceral sense, there's a greater interest in who the person on the other side of the page is and that's what's exciting about fashion.

For someone like me to feel at home in this space now is exciting because I feel like all of my sides have a voice. There was a recent piece in Vogue by Slick Woods about her mum and being a mum. It was the first time that I felt truly connected to a magazine because growing up, I didn't see myself. People can start to see themselves in magazines and that for me has always been important.

What’s an essential ingredient to your work as a stylist today?

The term “street casting” has always been funny to me because everybody is street cast. Even top models like Gisele were cast on the street. There’s no difference in this type of person or that type of person — what’s different is the kind of story you tell around each person. I'm grateful that the industry now is a place where we're all thinking that way.

Are there any particular philosophies that have guided your career decisions?

Always try and be as honest as possible, and never think that I know what I'm doing. If I'm lucky enough to be 70 in this industry, I will still feel like a 20-year-old kid who’s trying to figure out what she's doing. I never want to lose that childlike manner of wonder, and I never assume that I've done something great, because then I can't get better.

As a young person in the industry, I think the greatest lesson I learned was to really understand what my job was. If I didn't learn how to do budgets as a junior or ensure that I was organised, then I wouldn’t have been able to style a major celebrity at the same time as styling a fashion show and working on three different editorials.

Observing is the best educational tool.

I'm also a really calm person when I work because I'm grateful for what I have. I grew up with nothing so to be in a position where I'm flying from New York to Milan, Paris to Mexico City to LA, just this month, is unbelievable.

What makes a junior stand out to you?

I've had interns and young kids ask me about taking styling classes, but I always advise them to concentrate on other aesthetic fields because you bring so much in from outside. This industry is about understanding how to read what is happening and anticipate what is about to happen. Spending time in galleries and museums was, for me, a way out growing up and through that, I learned that there was a bigger picture.

Understand culture — really observe it. Sit on a bench and watch people. You'll learn a lot about how people move, how people think, how people dress. You then see those subtle cues from humans that are exciting. Observing is the best educational tool.

Patience. Nothing happens immediately. Sometimes it seems like people are just coming out of nowhere, doing X or Y campaign or shoot. But they will have been planning it for a long time in their heads and hearts. Nothing just happens. These people have been working for it in some way or another for a long time.