SAN FRANCISCO, United States — After starting out as a Liberal Arts major at the University of Iowa, Tim Hamilton headed to New York in search of creative stimulation. He “fell into fashion” by landing a design internship at Ralph Lauren while working a retail job in one of the Polo Sports stores, and worked there for 10 years, during which time the American brand sponsored his fashion design education at Parsons New School.

From Ralph Lauren, Hamilton moved to design roles at Gap Inc, J Crew and Madewell, before launching his eponymous label in 2007. The minimalist, streetwear-inspired menswear line, which later expanded into womenswear, saw the designer nominated for three CFDA awards and eventually win the CFDA's Menswear Designer of the Year Award in 2009. He also became the first American designer to be invited by La Chambre Syndicale to show his men’s and womenswear collection at Paris Fashion Week. 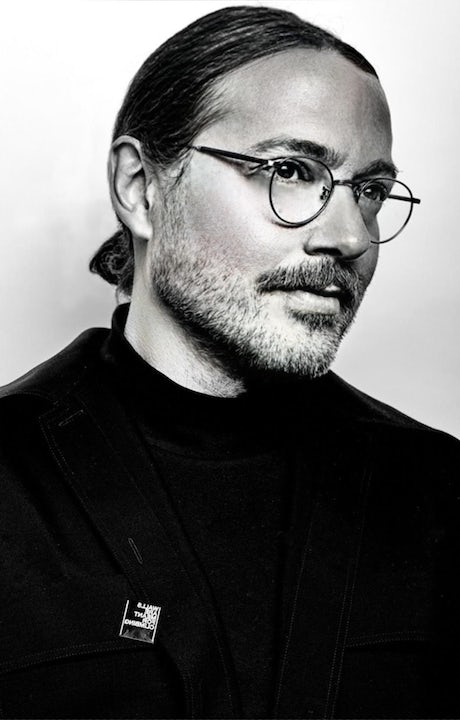 In 2015, Hamilton paused his namesake label as “the quality of life was just too wear and tear,” and moved to Vancouver. It was there that The North Face, owned by VF Corporation, approached the designer, who became head of global creative in 2017. VF Corporation reported revenue of $13.8 billion for the fiscal year 2018, with The North Face its second fastest growing brand and a revenue increase of 9 percent in 2018.

What is it that attracted you, and held you, to working in fashion?

Growing up, I was the youngest of 7 and we battled with individuality and style expression to stand out. My individual style was really important to me and coming from a diverse background, with my mother being from Lebanon and my dad being American, I had a cultural divide that influenced me as well.

But in Iowa, there’s not a lot of visual stimulation. My first trip out of Iowa was to London when I was about 10 and I remember seeing city life, its style and how you can position yourself by the way you dress. My first thought was that I had to work in something creative and visual and stimulating. Later, coming to New York, it was either going to be theatre, photography or fashion, and I fell into fashion right away.

What would you attribute to getting your first job in fashion?

Ralph Lauren started its Double RL line in Polo Sport and I was hired to work in the store, where I worked closely with the design team. I would help put looks and merchandise together and they said, “You have to work in design, your style is spot on,” and they offered me an internship in Polo Sport. After three months, I was hired, and the company helped me pay for my [fashion design] classes at Parsons.

For me, I’ve always been in touch with current culture and what’s bubbling up, from music to art to which brands are doing interesting things, and I brought a level of insight that the Ralph world previously didn’t know how to process. I could then mould it into the Ralph umbrella, having come from a store and knowing the consumer, or just being intuitive in that way. I didn’t go too out-of-the-box, but I brought some newness.

From a style perspective, identifying the brand that I was working on but not giving them what they already knew was a big part of why I got the role. But also, it was my willingness. You never say no, you just find a way to get it done. That combination of style and intuition, and then the drive, a humbleness and working intensely, worked for me.

What are the main differences in working in a commercial and design-led companies?

In commercial, it’s very process-driven but you can get comfortable in your 9 to 5, and with that, diminish some of the creative use of your brain. In corporate, it’s laid out, it’s about a function and systems — and a little bureaucracy is a given, but it was a lot of layers. It’s changed from what corporate was back then, but it was a big shift, going from Ralph Lauren to Gap then to J Crew.

Work in brands that think like you, or you want to think like, as an intern or an assistant associate.

When I went from corporate to indie, it was such a different way of coming up with your ideas, themes and concepts; how you look at fabric; how you work with pattern makers. My career path has had a lot of different lanes, but the main thing that has remained consistent is to be true to yourself and the brand you are representing. Stay consistent but keep evolving and pushing forward.

After launching your namesake label, how did you handle its instant success?

The recognition from being nominated so early [for the CFDA Awards], with multiple nominations and finally winning, did open doors to press and even the sales accounts. It definitely adds to the value of what you’ve accomplished. But does it equal in dollar signs? No. You have to use it as part of who you are as a brand and how you market yourself.

I was then accepted to show at Paris Fashion Week and I was also doing things in London and Japan, running all over the place. I was going crazy and doing it on my own, while also consulting in Korea and Japan. The quality of life was just too wear and tear on me.

When I started at Ralph Lauren, my whole job was activewear and I was going to the Olympics, to tradeshows geared towards performance, and I missed that purpose utility function of what I first set out to do. So, my partner and I moved to Vancouver and I was in the mountains almost every day, living in this dream world off-grid.

Why did you return to lead the design teams at The North Face?

Initially, I wasn’t interested in going back to a big bucks retailer and mass market but they approached me and said, “We want to be design-led.” What a brand to reset, elevate and curate. As one of the top, few brands that support this outdoor culture, but also with a huge, global audience, there’s nothing like it. It resonates with everyone from different walks of life.

When I started, a rude awakening was that they didn’t have an archive. I was like, “Woah, you’re over 50 years old. How do you have foundation?” By knowing your past, you get to the future. So right away, I started building this foundation to work from and we built up an incredible archive. That was my biggest objective when I started a year and a half ago and it’s really been coming true in a big way. That set the tone and how we start looking at what the brand DNA is at North Face.

How do collaborations fit into your plans?

We are born on the mountain, but we also had this second birth in New York in the 90s and that allows us to play in the city. We’ve come to a place with collaborations where we understand the benefits from the collaborator we’re working with but also us as a brand and how those two worlds connect. What’s important is that we share similar values and have a distinct message that connects the two brands. We’ve done incredible work with Supreme, which has been a key partner for us because they like authenticity and they want brands that are legit. That’s a huge win for us, to connect with brands that understand that soulfulness from an outdoor brand.

How have you seen design roles evolve?

The platforms have changed and it has shifted into: Why are you making this garment? What’s it made out of? Where are you making it? Are we supplying the right needs for that factory? This whole movement is so important. I can’t look at anything without having a brief to say, “This is needed for athletic performance that could save the athlete’s life.”

You can carve your own path, but you need to be resilient, agile and reactive to how things shift.

It’s not something that we promote at the front end, it’s just something that should be expected. As a designer, you have this responsibility that you owe to the environment. It’s always resonated in outdoor culture in some ways, but that transcends now. If you’re in fast fashion or high or outdoor, it is an incredible time to give back as a designer.

It’s important to have the skill set as your foundational path. Most designers on the West Coast that I’ve been engaging with come from industrial backgrounds, which is different from a London or New York designer, who trained to build their garments from scratch with patterns. The skill set is the number one foundation of work, so never discount that or think you can get by it and jump to the next level.

Then, find what inspires you. Is it the outdoors? Is it inner-city London? Whatever it may be, that motive will be your north star. Then, work in brands that think like you, or you want to think like, as an intern or an assistant associate. That foundational work will give you insight to be a creative lead in your career and understand how to speak to younger talent, who will want to know you’ve been where they are now. You have to go through it to gain that extra knowledge and respect.

You can carve your own path by applying yourself, but you need to be resilient, agile and reactive to how things shift. Don’t sell yourself short; don’t discount your beliefs just because you’re young. Step out of your comfort zone because if you don’t, you’re always going to be positioned in that title. You have to challenge that system.