LOS ANGELES, United States — Shiona Turini began her career in PR, where she spent three years before editors at W magazine asked her to join their masthead as accessories editor. Having explored “many different facets of this industry,” her career has included styling commercial projects, music videos and the red carpet, working with the likes of Solange and Beyoncé Knowles, as well as consulting with brands and publications like Christian Dior, Stuart Weitzman, Elle.com and CR Fashion Book.

A self-confessed “people pleaser,” Turini’s philosophy to “never say no to projects that might scare me” recently saw her move to Los Angeles to work as a costume designer for HBO's Insecure. This year, she took on her first feature film, Queen & Slim, working with screenwriter Lena Waithe and director Melina Matsoukas. Here, she shares how her willingness to be relentless in her efforts for editors helped her get ahead at the start of her career, and why aspiring fashion talent "must not be afraid to present a new idea and to stand by your convictions." 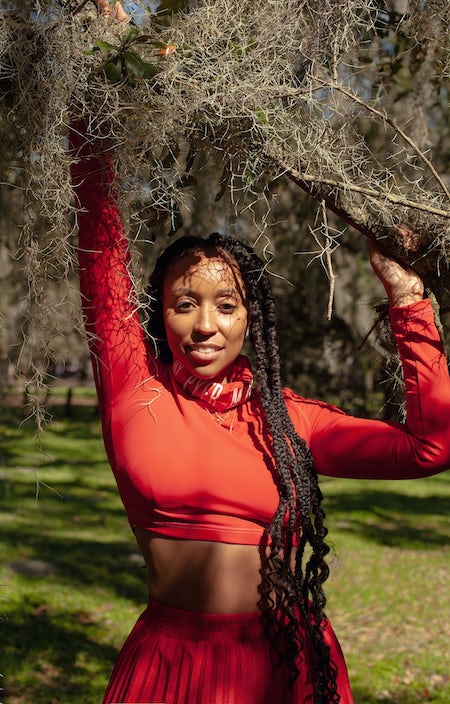 I always wanted to work in fashion. I don't think I ever explored another avenue. I am from Bermuda and I knew I wanted to move to New York to work in fashion — I had tunnel vision on that path. I thought that the only path was design, which was why I took sewing lessons, but the idea of going to school for fashion or design wasn't an option for my family.

I became a public relations and communications major at Hampton University in Virginia and I took some costume design courses on the side and worked on the school fashion shows, so I was still involved while in college. One of my teachers exposed me to other paths within the fashion industry and I got my first internship at Yves Saint Laurent.

I did public relations for three years and then W called, asking if I would be interested in switching over to editorial. I always thought the editors who came down for press days had a more exciting career path, putting together shoots and styling, so I switched to editorial and became the accessories editor at W magazine.

What qualities made you stand out to receive the job offer from W magazine?

At the time I joined W, we had three stylists — Alex White, Karl Templer and Camilla Nickerson. It was a tough environment, in which you would get pulled in so many different directions. I think their interaction with me on the PR side led them to believe I could succeed in that environment. If a stylist or an editor wanted something when I worked in PR, they knew I would be relentless to get people what they needed. I would never give up. I was also very good at communicating with clients, keeping them updated on their sample requests.

What was the biggest lesson you learned as a junior?

When I was at Yves Saint Laurent, we all took our jobs very seriously. If an editor would call upset about something like customs, things that were beyond our control, everyone took it quite personally. But my boss would always say, “It's just fashion,” which would bring us back to reality. I still have to remind myself, in many areas of my career now, that it’s just fashion, everybody calm down. Let's just get it done.

I am a people pleaser, so I have a hard time saying no — it's a lesson I'm still learning. I'm often working on five or six projects at the same time, so it’s hard to not burn out. I don't want to give just 70 percent to a project, so I need to build a proper team around me and balance my time — which is not just checking the balance between projects but finding a work/life balance too.

How has the fashion industry evolved since you started out?

In New York especially, I feel like we lived in a very small bubble for so long. A few select artists, editors or stylists were dictating what was cool, interesting and relevant — and that bubble burst. The rest of the industry realised there's so much talent spread all over the world, in different communities, and the reason that bubble burst was, in my opinion, because of a lack of diversity and a lack of other voices and experiences.

One of the first digital campaigns I created was for Christian Dior. I was putting together their digital strategy, or influencer campaign as we would call it now, and the people I presented were not the stereotypical influencers the brand had worked with before — it was artists, DJs and directors. It had a broader reach, which I think was what made it successful. Now, every brand does that — and if they don't, they're totally missing the mark.

You must not be afraid to present a new idea and to stand by your convictions.

I’ve worked with brands that are experimental and trust my experience, [but] sometimes I find myself in a situation where I have to fight for a brand to believe in a person or to be the first to work with new talent. You must not be afraid to present a new idea and to stand by your convictions.

I don't always win, but that's why it's so important for brands and magazines to have diversity within their own hiring structure, because you can’t always find an outside person to make the changes for you — you have to be committed to make those changes within the organisation.

Tell me about some career-defining moments and what you learnt from them.

When I worked for Carine [Roitfeld as a brand consultant when CR Fashion Book launched], I was also working with one of the most creative voices in our industry. We were such a small team, so I was involved in casting, editing, hiring and market work, which prepared me for freelance life.

I was able to apply that experience to working with Solange [Knowles], helping create the visuals for her music videos “Don't Touch My Hair” and “Cranes in the Sky,” which stretched me in ways that I didn't know were possible. She is so creative and thinks outside the box, so I had to kind of make the impossible happen and help with every single area of those projects. It taught me to keep pushing the envelope, to try new things and not get stagnant.

Do you have a particular philosophy that guides your career decisions?

I never say no to projects that might scare me. When I was first asked to work in costume design, I'd never done it before and I had to uproot my life, move to LA, get a new team, work in a new city. There were so many reasons that could have made me afraid of that project. But I decided to take the risk and make the leap. It was truly a fantastic decision because it opened up so many different doors to me and I've never stopped learning,

In editorial, when I started out, it was a time where editors were editors, and you moved from being an editor to a director. But then what? Costume design gave me another avenue to story tell through clothing. With [costume designing for HBO’s] Insecure, it was intimidating because it was so sudden and also one of my favourite shows, so I didn't want to step in and drop the ball. But again, it stretched me and helped me grow.

Gaining as much experience as you can gather, and as much knowledge as you can grasp, is just going to help you in the long run.

With costume design, I'm still figuring it out — and I'm okay with that. I don't have all the answers. I’ve explored so many different facets of this industry and I never knew I wanted to do costume design until I was doing it. It's satisfying and I'm excited by it, which I had lost a bit in editorial and print.

What advice would you give juniors starting out today?

A lot of people entering the fashion industry have tunnel vision, which is great, but they shouldn't be closed off to other jobs that come their way. I've been presented with many roles that I might not have thought was along my career path, but it definitely got me to where I wanted to go. When I interview assistants or stylists to join the team, I love to hear that they're open to TV, to movie, to red carpet. It's about being okay with a range of projects instead of narrowing yourself to one thing.

Gaining as much experience as you can gather, and as much knowledge as you can grasp, is just going to help you in the long run. I also say, all the time, know your history. I think it's so important for everyone, whether you're just entering the industry or more seasoned, to know your references and where your inspiration has come from. While the internet is an amazing resource, I don't think that should be your only point of research.

I was able to bring my editorial background to certain moments in [the feature film] Queen & Slim, but editorial is so focused on creating a fantasy — helping people dream through clothing. A lot of my costume design has been rooted in reality, in Queen & Slim especially. It meant actually going into the community in New Orleans, shopping locally in the thrift stores for example, and it was magical.

I think commitment is essential. You truly need to commit to this experience and not give up. Make the decision that this is what you want and you’re going to achieve it by any means necessary.

This industry is hard and it’s especially difficult to break into. For people of colour, it’s even harder because a lot of times, we don’t have the access or funds to support us. We all know what a starting salary in the fashion industry is like and it's a long, tough road sometimes, so as long as you’re committed and know this is where you want to be, you just have to stick with it. I wanted to come to America, I wanted to work in fashion, and I wasn't leaving until I did that.