LONDON, United Kingdom — “First of all, it’s about facing up to the problem. Bring [gender diversity in leadership] into the core conversation, not a policy on the side,” said Farfetch’s chief strategy officer and chair of the British Fashion Council, Stephanie Phair, at "Nurturing Future Female Leaders in Fashion," a BoF Careers community event, held at White City House in London.

In conversation with BoF’s Imran Amed, in front of 150 fashion professionals from the BoF Careers community, Phair shared her insight on how fashion can better support gender diversity within the workplace — an issue that has gained increasing momentum as the global #MeToo movement spotlighted sexual misconduct within the creative industries, sparking industry-wide conversation on the continuing gender imbalance in the fashion industry.

"Really look at what works for the business. There’s so much theory out there, but it’s about taking small steps — looking at family friendly policies, balancing out salaries for people doing equal jobs, and looking [at] the distribution of leaders. It’s about gender diversity, but it goes broader than gender." 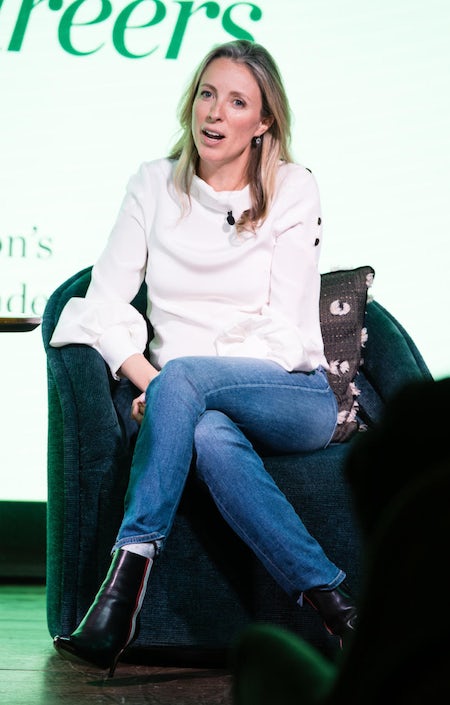 According to the McKinsey & Co, Glamour and CFDA's Glass Runway Survey of over 500 US-based fashion professionals in 2018, one in five women say they are often the only woman or one of the only women in the room at work, which is twice as likely for senior-level women.

As a member of a publicly traded company's C-Suite and chair of the British Fashion Council, a board member of Moncler SpA and advisor for venture capital firm Felix Capital, Phair has a unique perspective on the challenges the industry faces in promoting gender diversity. Previously the founder and president of The Outnet, as well as a previous employee of Anna Wintour at American Vogue, the executive also shared her experiences learnt from the strong female leaders in her own career.

Phair addressed some of the specific challenges women face working in the fashion industry, urging businesses to adopt flexible maternity policies. "One thing that worries me, on so many accounts, is that often women drop out of their careers. But for those that continue working [after having] children, it might slow them down, but it’s not the reason they might stop. It is true that [some] women do the math and see that their salary and the cost of childcare doesn’t match up. But re-entering the workforce is very difficult, however smart and accomplished you are. We live in a fast-paced economy in fashion, digital and tech."

There’s something positive out of a set-back — it can give you a hunger to prove people wrong.

By raising industry-wide issues such as this, BoF hopes to promote positive change globally. 100 percent of women interviewed in the 2018 Glass Runway Survey said that gender inequality was an issue in fashion; less than 50 percent of male interviewees registered the same concerns. "Supporting our community by raising the issues that are impacting the fashion industry is at the core of what we do at BoF," said Amed. "This evening, we are addressing a topic that is extremely important in our industry, targeted primarily by women," he continued. 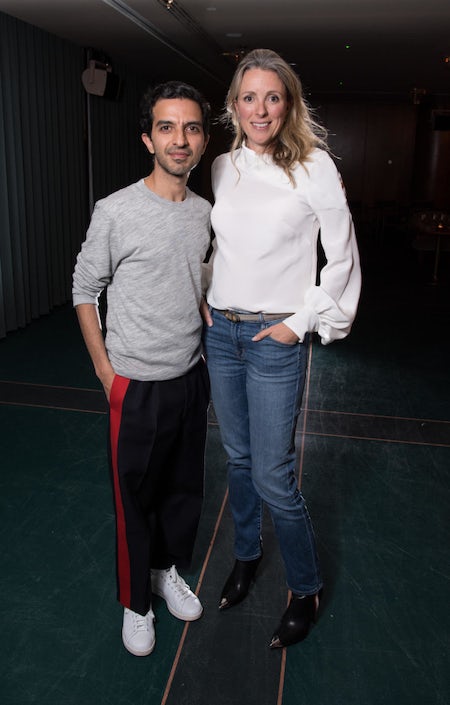 Later in the conversation, Phair and Amed went on to discuss a study which dispels a number of myths around women in the workplace, from unsupportive female leaders and women not aspiring to senior leadership roles, because of a lack of confidence or child-rearing stopping women from reaching the top.

"The reality is, if you think about all of that too much, you never get started. Every day, you just wake up and you put one step forward and then another step forward. That’s how we grew the Outnet. You do what you think you have to do that day and then the next thing you know, you’ve got £100,000 in sales, then £1 million, then £10 million, and then seven years later, the business is turning over £150 million."

Indeed, arguments for change are growing. According to McKinsey & Co's Diversity Matters Database in 2017, gender diverse companies are 22 percent more likely to outperform their peers. LVMH has already expressed its aspirations to be a leader in the industry on this issue, committing to equal gender representation among executive ranks by 2020. Significantly, the younger demographics of the workforce also deem socially-focused companies more desirable as employers, according to BoF and McKinsey & Co's State of Fashion Report 2019.