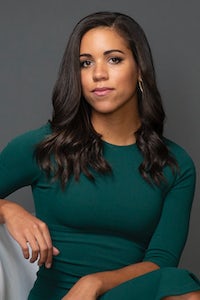 Incoming Teen Vogue editor in chief Alexi McCammond exits. The former political reporter at Axios was heavily criticised online for past tweets that included racist anti-Asian and homophobic statements. She apologised publicly for the tweets last week and indicated her intention to still take on the role despite the backlash. But things had changed by Thursday when she announced in a statement that she will not take over the Condé Nast teen title.

L Brands founder Leslie Wexner to step down from board. Wexner had already relinquished his chairman seat on the retail company’s board (but maintained a connection as a chairman emeritus) but this marks the final stage of his departure. The news comes a year after he was pressured to step down from his role as chief executive of L Brands due to scrutiny over his ties to disgraced financier and sex offender Jeffrey Epstein. Wexner is still L Brands’ largest shareholder with a stake of 16 percent.

Holli Rogers steps down as Browns CEO to focus on position at Farfetch. As of April 1, current chief operating officer Paul Brenan will step into the newly created role of managing director, overseeing the day-to-day operations at the luxury multi-brand boutique. Rogers will transition to a chair position, where she will continue to influence the strategic and creative direction of the company. The move will allow Rogers to focus on her duties as chief brand officer at Browns’ parent Farfetch, a role she’s held since 2019.

Walmart appoints Brandon Maxwell creative director. Maxwell, who has dressed the likes of Lady Gaga, Michelle Obama and Meghan Markle will join the world’s largest retailer as the first-ever creative director of its fashion brands Scoop and Free Assembly in a bid to make Walmart more of a fashion destination.

Pinduoduo founder Colin Huang steps down. In a letter to shareholders, Huang said he wants to pursue interests in life sciences. Chief executive Chen Lei, who took over that role from Huang in July of last year, will now take on the additional role of chairman of the Nasdaq-listed company at a time when China’s powerful internet sector is facing growing government scrutiny.

Hunter appoints Paolo Porta as new CEO. The experienced luxury fashion executive has been serving as interim chief executive officer of the British outdoor lifestyle and shoe retailer since June 2020. Prior to joining Hunter, he held senior roles at Christian Dior, Stella McCartney and Burberry. Porta also held the post of SVP of merchandising and licensing at Jimmy Choo during the brand’s first IPO as well as its sale to Capri Holdings.

Clarks replaces CEO after LionRock’s £100 million ($139 million) acquisition. Victor Herrero will succeed Giorgio Presca at the helm of the British shoe retailer. Herrero was chief executive of Guess from 2015 to 2019 and before that spent more than 12 years at Inditex. He is chairman of Bossini and a non-executive director of Viva China Holdings Limited.

Tailored Brands CEO Steps Down. The parent company of Men’s Wearhouse and Jos. A. Bank announced on Tuesday that Dinesh Lathi is leaving the chief executive role, effective immediately, in light of internal restructuring. Board members Bob Hull and Peter Sachse will act as interim co-CEOs while Tailored Brands looks for a successor.