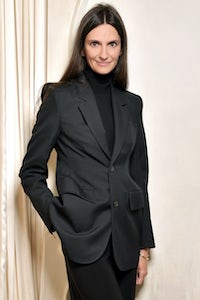 Balenciaga appoints Ludivine Pont as chief marketing officer. Pont joins from Moncler, where she served as worldwide marketing and communication director at a time when the skiwear brand was ramping up its “Genius” designer collaboration program. The CMO role is a newly-created position at Kering-owned Balenciaga, which has been reinforcing its marketing and press operations as the label aims to continue scaling up.

Mel Ottenberg named editor-in-chief of Interview magazine. Ottenberg, known for styling Rihanna and other celebrities, will publish his first issue as editor-in-chief in October. He succeeds Nick Haramis in the top role. Ottenberg first joined Interview as creative director in May 2018, just after the publication filed for bankruptcy and relaunched under undisclosed investors.

Bella Hadid joins wellness drink brand. The model is joining Kin Euphorics, where she’ll consult on marketing strategy, product formulation, development and distribution, as well as appear in the brand’s marketing materials. Hadid has also invested financially in the company.

Kendall Jenner appointed creative director at Forward. The Revolve-owned luxury e-tailer has named the model and reality TV star its creative director. In her new role, Jenner will curate brand and product edits, oversee the site’s look and have a hand in marketing and brand partnerships.

Victor Luis named chief executive officer of Moose Knuckles. The former Tapestry executive is expanding his role beyond executive chairman and taking on an undisclosed increased investment in the luxury outerwear brand. Co-founders Noah Stern and Ayal Twik will step down as co-chief executives and will now hold the positions of chief product officer and chief marketing officer, respectively.