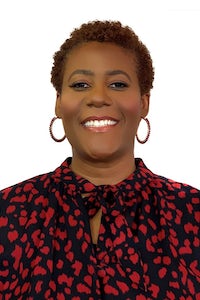 CaSandra Diggs, who most recently held the position of chief administrative and financial officer at The Council of Fashion Designers of America, has been promoted to president of the organisation. The CFDA veteran, who joined the company in 2001, will report to Chief Executive Steven Kolb and the board of directors. In her new role, she will oversee development strategy.

Kathy Lee, who most recently held the position of accessories director at Hearst Fashion Group, has been named editorial director for The Zoe Report, effective August 24. In her new role, Lee will oversee The Zoe Report’s editorial operations, content development, and brand experiences. She replaces Lauren Caruso, who departed earlier this year, and will report to Emma Rosenblum, editor-in-chief of Bustle Digital Group’s lifestyle arm. (Bustle Digital Group acquired the online site from celebrity stylist Rachel Zoe and husband and business partner Rodger Berman in 2018.)

Wendy Kahn, who most recently served as the global chief executive for Stuart Weitzman, has been appointed president of Public Clothing Company, effective September 8. Kahn, who has also held several senior leadership positions at Valentino and Marc Jacobs, will lead branded divisions including Derek LAM 10 Crosby and ATM Anthony Thomas Melillo Collections. She will report to Dan Shamdasani, chief executive of PCC.

Ben Hughes, who most recently served as the head of sales for the UK, Ireland and Benelux for Puma, has been promoted to general manager in the same region effective immediately. Hughes, who joined the sportswear company in 2008, replaces Paul Spencer, who has been appointed Puma’s regional sales director for Europe.

The Personal Care Products Council, which owns brands like Just for Men and Vagisil, has named Keech Combe Shetty chair of its board of directors. Combe Shetty is already the executive chair of Combe Inc. and is on the board of the Consumer Healthcare Products Association.

Brendan Hoffman, who most recently served as chief executive of Vince Holding Corp., has been appointed president of footwear manufacturing company Wolverine World Wide, effective September 8. He has also been appointed to the company’s board of directors and will report to Blake W. Krueger, Wolverine Worldwide’s current chairman, chief executive and president. Hoffman, who has held several senior leadership positions at Neiman Marcus,  Lord & Taylor and Bon-Ton, is expected to transition over a period of time to become the future chief executive of the company. In his role as president, he will focus on driving growth across the group’s portfolio of lifestyle brands.