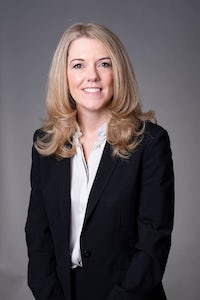 The executive succeeds Mike Goss, who was appointed at the end of 2019, in the position. She recently held leadership positions at asset management firm Mercer and media company Thomson Reuters, and will be Condé Nast’s first female CFO.

O’Hare will replace Michael Scheiner, who left from the company in October, and will report to president and chief brand officer Avery Baker. Her new role, effective April 12, will encompass the development and implementation of global marketing strategies to engage with a range of generations of consumers.

The announcement of Ahmed’s promotion comes after two years at i-D spent as fashion features editor. In his new role, Ahmed will be responsible for overseeing i-D’s fashion coverage, writing and editing features across print and digital as well as special projects.

Cai Xukun is the new face of De Beers

Luxury jewellery house De Beers has officially announced 22-year-old singer and actor Cai Xukun as its new brand ambassador, accompanying the announcement with the release of a commercial shot by Xukun. The announcement of his ambassadorship on De Beers’ official Weibo account had more than two million likes and comments, making it the most engaged-with post De Beers has ever had on the platform.