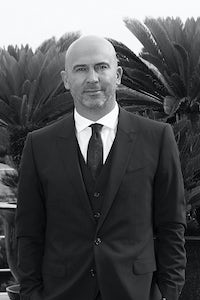 Burberry hires head of strategy
Leonie Brantberg has been appointed head of strategy at British heritage brand Burberry, effective immediately. Prior to her appointment, Brantberg was an associate partner at McKinsey & Company, co-leading their apparel, fashion and luxury goods coverage.

Brioni names creative director
Brioni has appointed Nina-Maria Nitsche as its new creative director, effective immediately. Nitsche previously worked at Maison Martin Margiela, taking over the creative direction in 2009 after 23 years at the house. She succeeds Justin O’Shea, whose abrupt departure from the brand was announced in October last year after just six months in the post.

Escada hires design director from Hunter
Niall Sloan has been named as Escada’s new global design director, effective August 1, 2017. Sloan joins the company from Hunter, where he held the same title; prior to that he was at Burberry, working closely with Christopher Bailey during the 10 years he spent at the company.

British Vogue names fashion director
Incoming editor-in-chief Edward Enninful named Venetia Scott as fashion director of British Vogue, effective July 10. Scott, who began her career at British Vogue as a fashion assistant, has worked as a stylist and photographer for publications including AnOther, Dazed, Pop and i-D. She will succeed Lucinda Chambers, who announced in May she would step down after 36 years at the magazine.

Avon hires global president
Avon has appointed Miguel Fernandez as global brand president, effective August 14. He succeeds John Higson, who has announced plans to retire in September from his role as executive vice president, chief commercial officer, after 32 years with the company. Fernandez joins Avon from Herbalife Ltd. where he served as executive vice president and managing director for the Americas and worldwide member operations.

Galvan hires CEO
Galvan has named Paul O’Regan as its new chief executive, effective immediately. He will succeed Katherine Holmgren, who is taking up the new role of commercial director. Originally an M&A banker on Wall Street, O’Regan joins the London-based label from All Saints, where he served as global communications and PR director; prior to that he held executive positions at Oscar de la Renta, Burberry and Kering.