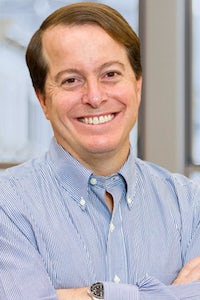 EBay has hired Jamie Iannone chief executive, effective April 27. Iannone joins the company from Walmart, where he was chief operating officer of e-commerce, and previously worked at eBay between 2001 and 2009. He replaces Scott Schenkel, who stepped in as interim chief executive following the departure of Devin Wenig in late September 2019.

Tapestry adds to board of directors

Coach owner Tapestry has appointed John P. Bilbrey, former chief executive of chocolate maker Hershey’s, to its board of directors, bringing the total number of members to eight. Bilbrey also sits on the boards of Campbell Soup Company, Elanco Animal Health and Colgate-Palmolive.

Givenchy Artistic Director Clare Waight Keller has stepped down after three years in the role. The news comes roughly one month after the LVMH-owned house appointed a new chief executive from stablemate Dior. Waight Keller’s last collection for Givenchy was presented at Paris Fashion Week in March. A successor has yet to be announced.

Under Armour has appointed Lisa Collier chief product officer, with an expected start date of April 27. Collier joins the company from NYDJ (Not Your Daughter's Jeans), where she was president and chief executive until 2019. Reporting to Under Armour Chief Executive Patrik Frisk, she replaces Kevin Eskridge, who will stay on until August to ensure a smooth transition.

The Ermenegildo Zegna Group has named current Chief Marketing and Digital Officer Luca Lo Curzio to lead its North America operations as chief executive. Lo Curzio replaces Robert Aldrich, who is stepping down on April 30. The appointment will come into effect once the Covid-19 emergency ends, according to the Milan-based company, with Zegna USA Chairman Tom Kalenderian stepping in as chief executive in the interim.

Roy Perticucci is stepping down as Amazon’s vice president of European Union operations after nearly seven years at the company. The departure comes after Amazon temporarily shuttered its warehouses in France following a court order to limit deliveries to essential items while it improved health and safety protections for its workers.