This week, Glossier announced Kleo Mack would be its first VP of brand, and Yoshinori Matsuzaki became CEO of United Arrows 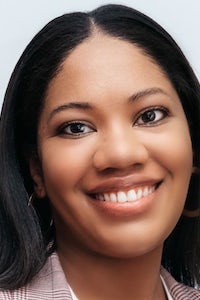 This week, Glossier announced Kleo Mack would be its first VP of brand, and Yoshinori Matsuzaki became CEO of United Arrows

Kleo Mack Named Glossier VP of Brand. Mack will be the first in the new role, effective April 19, the beauty brand announced on Thursday. She joins from L’Oréal, where she served as VP of corporate strategic marketing. Prior to her most recent position at L’Oréal, she assisted with the launch of It Cosmetics in Europe and held various marketing roles at Tarte Cosmetics and Pureology.

Yoshinori Matsuzaki appointed CEO of United Arrows. Matsuzaki, who currently serves the Japanese fashion group as its executive vice president, will step into his new role of president and chief executive effective April 1, Senken Shimbun reports. Current president Mitsuhiro Takeda will serve as a director and advisor to the conglomerate, which owns several fashion brands, multi-brand select stores and operates local businesses for the likes of Chrome Hearts.

Paul Andrew to exit Ferragamo in company shakeup. The designer will leave his post this spring after completing the Italian brand’s Pre-Spring 2022 collection in early May, and no successor is likely to be named upon his departure. Additionally, chairman Ferruccio Ferragamo will step down from the brand’s board, and is to be succeeded by his brother Leonardo.

Seiko Watch Corp. Appoints President. Akio Naito, has worked for the Japanese watchmaker for more than 30 years in various worldwide leadership positions, will take charge of leading the company, effective immediately. Currently, Naito serves as deputy chief operating officer, where he leads the business in international markets. He succeeds current president Shuji Takahashi, who will transition to a president and director role at Seiko Holdings Corp., the entity that owns Seiko Watch Corp.