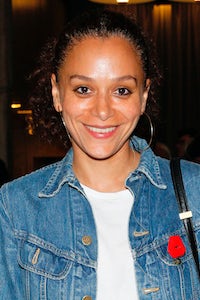 Vanity Fair Executive Fashion Director Samira Nasr has been named the new editor-in-chief of the US edition of Harper’s Bazaar, effective July 6. Nasr’s appointment marks the first time a black editor will lead the 153-year-old publication. She will be overseeing both print and digital operations and succeeds Glenda Bailey, who stepped down from the magazine in January after 19 years in the role. The move marks Nasr's return to Hearst, where she was previously the fashion director at Elle for five years. She will report to Hearst's Chief Content Officer Kate Lewis in her new role.

Black transgender model Munroe Bergdorf announced she will be joining L’Oréal as a consultant sitting on the company’s newly formed UK diversity and inclusion advisory board. The appointment was announced after Bergdorf called out the beauty giant’s message of support for the Black Lives Matter movement on social media for being at odds with their previous actions. In 2017, L’Oréal dropped her from a campaign after she made a Facebook post about white privilege and racism the day after an anti-racist protestor was killed during a rally in Charlottesville, Virginia. The model said she has been in close discussions with L’Oréal President Delphine Viguier and that the company will be donating €25,000 to transgender youth charity Mermaids UK and €25,000 to UK Black Pride.

Rose Marcario has stepped down as chief executive of the outdoor apparel brand Patagonia after 12 years with the company. A successor is yet to be named, but the eco-conscious brand said its Chief Operating Officer Doug Freeman will lead the transition during the interim period. Marcario told Fast Company that her resignation had been in the works since late 2019.

British heritage footwear brand Hunter announced Vincent Wauters is stepping down after a four-year stint as chief executive effective July 31. Paolo Porta, the former senior vice president of merchandising and licensing at Jimmy Choo, will assume Wauters responsibilities on an interim basis until a successor is named.

The Italian luxury fashion label has for the first time in its company history named a general manager from outside the company to work alongside chief executive Toni Scervino. Sofia Ciucchi, who previously led leather goods brand Il Bisonte and was general manager at Salvatore Ferragamo, joins the brand at a critical point as it attempts to navigate the economic fallout of the pandemic. Ciucchi joined the label's board of directors last November and will be reporting directly to Toni Scervino.

HanesBrands, which runs the Hanes and Champion brands, has appointed former Walmart chief merchandising officer Stephen B. Bratspies as its new chief executive and board member, effective August 3. He previously worked as the chief marketing officer for Specialty Brands, Inc. and as director of marketing at Frito Lay.