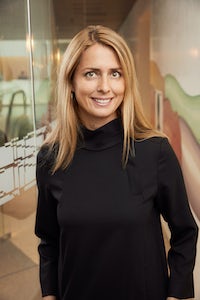 H&M CEO steps down amid reshuffle

H&M President and Chief Executive Karl-Johan Persson is stepping down to succeed his father, Stefan Persson, as chairman. Helena Helmersson, previously chief operating officer at the Swedish retailer, replaces Persson as the company’s first female chief executive as of January 30. She is also the first non-family member to assume the role at the company.

Levi’s adds Apple data scientist to board of directors

Levi Strauss & Co. has appointed Yael Garten, director of Siri data science and engineering for Apple, to its board of directors. Garten is also an advisory board member at Northwestern University.

Replacing Karis Durmer as chief executive at Altuzarra is Shira Sue Carmi, who joins the company at the start of February from Mansur Gavriel, where she was president. Durmer will stay on until early March as part of the transition process.

Columbia Sportswear President and Chief Executive Tim Boyle has been named chairman of the board, succeeding his late mother Gert Boyle. The company also appointed Andy Bryant, formerly chairman of the board of directors at Intel, to the newly created role of lead independent director.