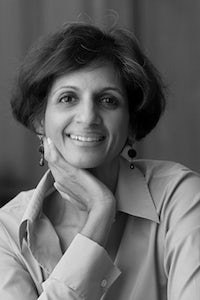 Marie Leblanc de Reynies has been named chief executive of Victoria Beckham Limited with immediate effect. Leblanc de Reynies, who has been with the company since May 2018, was previously managing director of brand and product. She replaces Paolo Riva, who exited Victoria Beckham after less than a year in the role in July 2019, and will work closely with company Chairman Ralph Toledano.

The Financial Times has tapped Vogue Business Chief Editor Lauren Indvik to lead its fashion and style coverage, effective January 2020. Indvik will report to Alec Russell, editor of FT Weekend, as well as working closely with Jo Ellison, who was recently appointed editor of the newspaper's How to Spend It supplement.

Moschino has tapped Stefano Secchi, formerly commercial director at Etro, to lead the company as managing director. Secchi succeeds Gabriele Maggio, who held the role for over three years.