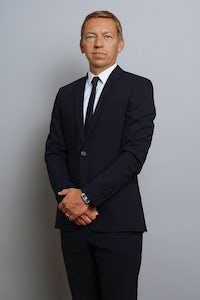 Jean-Philippe Hecquet is stepping down as chief executive of Lanvin, a role he held since August 2018. Joann Cheng, chairman of Lanvin owner Fosun Fashion Group, will step in as interim CEO until a new one is named.

L Brands named Sarah E. Nash as chair of the board of directors. The appointment will take effect once the group has closed the deal to sell a majority stake in Victoria’s Secret to Sycamore Partners. Nash, who has sat on the company board since May 2019, is currently board chair and chief executive of silicone and thermal sealant manufacturer Novagard Solutions.

Mulberry Creative Director Johnny Coca is departing after joining the company five years ago from Celine. His last collection for Mulberry will be Spring 2021 and, according to the brand, the search for a successor is underway.

Amazon has appointed Jeremy Martin its UK finance chief. Martin, who has been at the company seven years and was previously European finance chief for Amazon Fashion, replaces Jeff  Stauber, who has been deployed to the company’s Seattle HQ to ramp up efforts to meet one-day shipping guarantees worldwide.

After less than a year in the role, Stefaan Vansteenkiste is stepping down as chief executive of Debenhams. Vansteenkiste initially joined the British department store as chief restructuring officer. The company has brought in a headhunter to find a replacement.