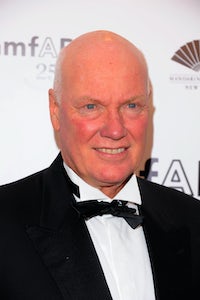 LVMH watch division restructures
Jean-Claude Biver is terminating his operational responsibilities as the head of LVMH's watch division, but will continue to serve as a non-executive chairman. He joined LVMH in 2008 after the conglomerate acquired Hublot and was appointed head of LVMH watch division in 2014. Stéphane Bianchi, who was previously on the board of Maus Group, will succeed him as chief executive officer. Frédéric Arnault has been appointed strategy and digital director of TAG Heuer.

Marc Cain appoints new members to management
Following the departure of Karin Veit, who held the position of head of design for 40 years, the company appointed Katja Konradi to lead the majority of the design division. Konradi joins from Hugo Boss and will be responsible for marketing, product management, visual merchandising and interior design. The company has further divided the design direction with Nadine Frichot taking responsibility for the mainline collection. Frichot has been with the company for over 13 years.

Gabriela Hearst joins Save the Children's Board of Trustees
The Uruguay-born, New York-based womenswear designer will serve on the Board of Trustees following several philanthropic campaigns. Hearst previously partnered with Net-a-Porter and Bergdorf Goodman to raise $600,000 for the organisation. In 2016, Hearst collaborated with Tod's in support of Save the Children.