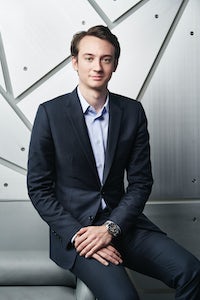 Daniel Grieder has stepped down as chief executive of Tommy Hilfiger Global and PVH Europe after 23 years with the group. Grieder will be succeeded by Martijn Hagman, with whom he has been working closely over the past 12 years. Hagman will report to the president of PVH, Stefan Larsson.

Coty, which bought a majority stake in the reality TV star’s beauty brand last year for $600 million, announced that Christoph Honnefelder has exited the company after a brief stint as chief executive. Honnefelder was appointed to the role in January this year, however Kylie Cosmetics and Kylie Skin will now be led by Coty’s president of Luxury Brands, Simona Cattaneo.

Former Uniqlo Creative Director Rebekka Bay has been appointed creative director of Finnish brand Marimekko, as well as a member of the Management Group, effective September 1. She will report to Marimekko President and Chief Executive Tiina Alahuhta-Kasko. Bay, who has previously worked for Everlane, Cos, Gap and Nordic fashion brand Bruuns Bazaar, has as a result stepped down from her position as a member of the Marimekko board of directors.

Stefaan Vansteenkiste, chief executive of Debenhams, has stepped down after being appointed to the role in August 2019 on an interim basis. Vansteenkiste will continue on as a consultant at the British department store chain as its shops begin to reopen from pandemic lockdowns starting June 15, advising Chairman Mark Gifford. Vansteenkiste's successor is yet to be announced.