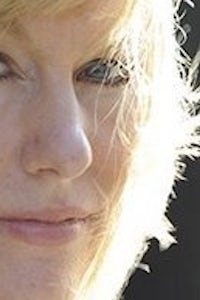 Jennifer Johnson has been appointed fashion director of ready-to-wear at Macy’s, where she will oversee all aspects of womenswear including trend forecasting and product curation. Johnson, who first started working at Macy’s in 2006, previously held the position of director of creative marketing integration and production. She replaces Suzanne K. Anderson and will report directly to Durand Guion, vice president of Macy’s fashion office.

Nicole Chapoteau has been promoted to fashion director of Vanity Fair after a year at the magazine. Chapoteau previously held the position of market director, where she helped produce the famed Viola Davis cover, and before that was fashion director at Allure. Chapoteau is replacing Samira Nasr who went on to be editor-in-chief of Harper’s Bazaar. Vanity Fair has also tapped Jessica Pressler who will take on the role of special correspondent covering the intersection of money and culture, while Matt Lynch has been promoted to executive editor.

Marc Rey has resigned as president and chief executive of Japanese beauty giant Shiseido, effective September 6. Rey will be replaced by Chief Financial Officer Ron Gee who will serve as interim CEO. During his time at Shiseido’s helm, Rey led the company’s acquisition of Drunk Elephant and Laura Mercier as well as the global beauty license for Tory Burch.

Alex Yemenidjian, formerly an independent board member of Guess, has been appointed chairman of the fashion retailer, effective immediately. The move comes as former Guess Chairman Maurice Marciano announced he would be taking a step back from professional obligations following a bicycle accident. Marciano will remain on the board.

Ricky Green, who joined Ted Baker in 1995 as global wholesale director, has resigned. Green will be temporarily succeeded by Phil Clark, currently the fashion label’s commercial and strategy director, while the process for a permanent appointment is advancing. Ted Baker, which has struggled with accounting errors and mismanagement, is undergoing various executive changes that will likely lead to the creation of a new group commercial and business development director role.

Hobbs managing director to take the helm at Whistles.

Managing Director Justin Hampshire has agreed to dual responsibility of Hobbs and Whistles. Hampshire first joined Whistles as managing director in 2016, before leaving to work at Hobbs in January 2019. Hampshire succeeds Helen Williamson who will be taking early retirement after almost six years at the brand.