This week, Malika Savell will lead diversity initiatives at Prada North America, while Daniela Falcão is stepping down as managing director of Edições Globo Condé Nast. 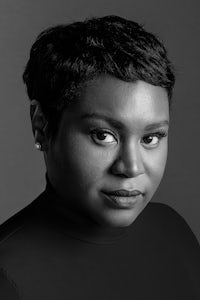 This week, Malika Savell will lead diversity initiatives at Prada North America, while Daniela Falcão is stepping down as managing director of Edições Globo Condé Nast.

Malika Savell has been named chief diversity, equity and inclusion officer of Prada North America. In her new role, Savell will develop policies and programmes to ensure diverse representation across the company and will work with the group’s global leadership to foster an inclusive culture. She will also collaborate with Prada’s Diversity and Inclusion Advisory Council, chaired by artist and activist Theaster Gates and director Ava DuVernay, on scholarships, internships and apprenticeship programmes aimed at students of colour. Savell was previously the director of cultural diversity partnerships & engagement at LVMH.

Daniela Falcão is stepping down from her role as managing director of Edições Globo Condé Nast just months after Buzzfeed published an article alleging she bullied employees. Edições Globo Condé Nast said Falcão is leaving to “to fulfil an old desire to dedicate herself to consulting and for personal projects.” She will continue in her role overseeing the Brazilian editions of Condé Nast magazines including Vogue, Glamour and GQ until the end of the year.

Kevin Tekinel and Charles Levai are taking over as creative directors of L'Uomo Vogue. Working under editor-in-chief Emanuele Farneti, their first redesigned issue for Vogue Italia's quarterly menswear imprint will be released in January. Tekinel and Levai have worked together on campaigns for Versace perfume, MiuMiu and Coperni since launching their agency Maybe earlier this year.

Ralph Lauren adds to board of directors.

Valerie Jarrett, a senior distinguished fellow at the University of Chicago Law School, joined Ralph Lauren’s board of directors this month. Jarrett previously served as chief executive of the Habitat Company and was a senior advisor to the Obama administration.

Ruth Diaz has been promoted to oversee Amazon Fashion’s European business after nine years at the e-commerce giant. As director, her responsibilities will include growing the selection of products available to buy and improving customer service across the UK, Germany, France, Italy and Spain. Diaz has worked in e-commerce for 20 years. She was previously responsible for over 20 product categories at Amazon Italy and Amazon Spain.

Annie Young-Scrivner has been named chief executive of beauty company Wella, effective once KKR’s deal to acquire 60 percent of Wella from Coty is closed. Young-Scrivner, who formerly led Godiva Chocolatier, will be responsible for accelerating growth and expansion. She will report to Wella’s board of directors.

Andrew Keith is stepping down as president of The Lane Crawford Joyce Group as of November 6, 2020. He will be succeeded by Blondie Tsang. Keith is a 20-year veteran who spearheaded the company’s shift to omnichannel retail and its physical expansion in Mainland China.

Dennis McEniry is retiring as president of Estée Lauder Companies’ online division at the end of 2020 after 19 years at the company. McEniry led Estée Lauder’s digital expansion in more than 50 countries and has been responsible for growing online sales. He will be succeeded by Gibu Thomas, who will assume the new role, on November 16 and report directly to Estée Lauder President and Chief Executive Fabrizio Freda.

Nick Gresham has stepped down as Superdry’s chief financial officer, effective immediately. There is no successor as of yet. Superdry said the decision to leave was Gresham’s, providing no additional details. Gresham joined Superdry in June 2019, shortly after Co-Founder Julian Dunkerton returned to the struggling company.