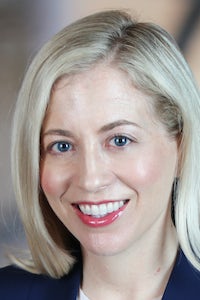 Paul Price has stepped down as chief executive of Topshop, a role he held since September 2017. Philip Green, chairman of Topshop's parent company Arcadia, cited personal reasons for Price's departure.

Away replaces CEO with Lululemon executive

Steph Korey is stepping down as chief executive of Away, with former Lululemon chief operating officer and EVP international Stuart Haselden named as her successor, effective January 31, 2020. Haselden will also join the company’s board of directors, while Korey, who co-founded the brand with Jen Rubio, will assume the role of executive chairman.

Rochas Creative Director Alessandro Dell'Acqua is stepping down, after initially joining the maison in 2013. He will be showing his last collection in February 2020.

Aya Kanai has been appointed Marie Claire as editor-in-chief, joining the title from her role as chief fashion director of Hearst’s “women’s” division. Effective January, she will report to Hearst Chief Content Officer Kate Lewis and replaces Anne Fulenwider, who held the role since 2012.

Out Editor-in-Chief Phillip Picardi is stepping down to take a break from the media industry. He has not yet announced his next move. Picardi's departure comes as the publication and its owner, Pride Media, face financial headwinds.

New Look hires CEO from within

New Look has announced that its current chief operating officer, Nigel Oddy, will become chief executive of the company, effective January 1. Alistair McGeorge, who has been serving as executive chairman, will assume the role of non-executive chairman.