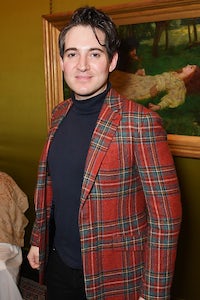 Tatler hires editor
Condé Nast has named Richard Dennen as Tatler's new editor, effective February 12. Dennen joins the magazine from the Mail on Sunday, where he currently serves as features writer-at-large. He has also written for the Sunday Times and the Evening Standard. He succeeds Kate Reardon, who announced her departure from the title in December 2017.

Fred Perry hires MD
Fred Perry has named Richard Gilmore its new managing director. Gilmore joins the business from Jigsaw, where he has served as chief operating officer since September 2013.

Revlon chief steps down
Revlon’s Fabian Garcia has resigned from his role as chief executive, two years after taking the helm. While his successor has not yet been named, board member Paul Meister will assume the role of executive vice chairman in the interim, managing the daily operations of the business. In a related move, Debra Perelman — the daughter of chairman and largest investor Ron Perelman —  has been appointed chief operating officer.

Benetton names founder executive president
Luciano Benetton will return to the company he founded in 1965 as its executive vice president. The 82-year-old executive said he would return to the business, with the aim of reviving the loss-making company.