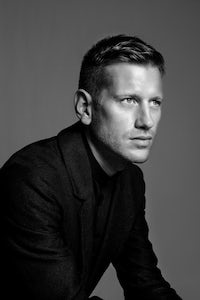 Salvatore Ferragamo appoints women's creative director
Paul Andrew, who joined the Italian house as footwear director in September 2016, has been announced as the women's creative director. He will assume the post immediately. The designer previously helmed his namesake label in 2012, and was the 2015 winner of the CFDA/Vogue Fashion Fund competition.

Tim Hamilton named head of global creative at The North Face
The American outerwear brand has appointed Tim Hamilton to lead creative direction across all categories, effective immediately. Hamilton joins with 20 years of design experience, having won a CFDA's menswear designer of the year award in 2009 for his eponymous label. He will report to global brand president Arne Arens.

Lisa Gersh succeeds Alexander Wang as CEO of namesake label
The former Goop and Martha Stewart Omnimedia head joins as the company as CEO after Alexander Wang stepped down, one year after assuming the position. He will remain chairman of the company's board of directors and creative director. Stephanie Horton, formerly chief marketing officer at Farfetch, will be joining as chief strategy officer.

Mike Smith appointed COO of Stitch Fix
Previously the company's general director of men's, Smith will lead the company's women's and men's businesses. Before joining Stitch Fix in 2012, he served as chief operating officer of Walmart.com and launched the grocery giant's omnichannel offering Site to Store.

David Boynton named The Body Shop CEO
Nature Group has tapped former Charles Tyrwhitt chief executive to lead The Body Shop. Boynton started his career in the grocery sector, and moved to cosmetics and beauty, where he worked for L'Occitane. He will step into his role on December 4.