This week, the stylist is American Vogue’s latest editorial addition, while Abloh joins the nonprofit's board of governors. 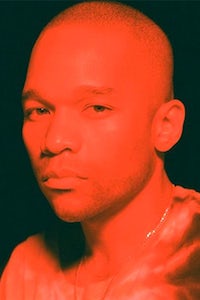 This week, the stylist is American Vogue’s latest editorial addition, while Abloh joins the nonprofit's board of governors.

The Fashion Scholarship Fund announces new addition to its board of governors.

Virgil Abloh is joining The Fashion Scholarship Fund’s board of governors, where he will help decide scholarships and internships, as well as offer mentoring and career coaching to aspiring fashion professionals. The announcement comes months after Abloh raised $1 million to support Black students through the Virgil Abloh "Post-Modern" Scholarship Fund.

Glenn Martens has been named creative director of Diesel, effective immediately. The move comes after Diesel earlier this year appointed Massimo Piombini chief executive of the brand, which filed for Chapter 11 at its US division last year. Martens will remain at the helm of Y/Project.

Adidas has appointed Amanda Rajkumar to lead its human resources team from 2021. Rajkumar will succeed Karen Parkin, who left the company earlier this year amid controversy over the company's handling of racial issues in the workplace. Rajkumar, who was previously head of human resources for BNP Paribas’ Americas division, will also join Adidas’ board of directors.

Philippe Gautier, chief financial officer and operations director of SMCP, is leaving the company to pursue “new projects.” No successor has been announced, but SMCP, which owns Sandro, Maje and Claudie Pierlot, said a replacement will take on the role in December.

The celebrity stylist June Ambrose whose clients include Missy Elliot and Jay-Z has been named a creative partner to Puma. Ambrose will be responsible for Puma’s women’s and girl’s lines, with her first collection expected in summer 2021. Ambrose was brought into the role via Jay-Z, who is the creative director for Puma’s basketball division, Puma Hoops.

Aurélien Arbet, Jérémie Égry and José Lamali, who together founded Études Studio, a label known for its collaborations with the likes of Kieth Haring estate, Chloe Wise and Wikipedia Foundation, have taken the creative helm of Aigle. The trio's first collection will be made public next June 2021.

Malena Higuera has been promoted to US general manager of Urban Decay. The L’Oréal veteran has spent 14 years working for the cosmetics maker at brands including L’Oréal, where she was senior vice president of US marketing, and Dermablend, where she most recently served as general manager. Higuera will be succeeded by Tara Pyle who will take on the role of brand head at Dermablend.