Craig & Karl: 'We Are Constantly Reinventing Our Work'

Craig Redman and Karl Maier, university friends turned creative collaborators whose clients include LVMH and Nike, have built a transatlantic partnership rooted in a shared affinity for bold graphics and Internet culture.

LONDON, United Kingdom — “When we started working, there was that kind of boom around vector-style illustration. It became quite fashionable, certainly in fashion-based stuff,” said Karl Maier, half of the transatlantic graphic design duo Craig & Karl, formed in 2011 in partnership with longtime friend and creative collaborator Craig Redman.

You can have a piece of work that’s like a hit on the Internet, but if you can’t sustain that, then it’s absolutely irrelevant.

“We kind of came in at that first wave where digital culture became a thing. So it was really easy to get your work out there,” Maier continued. Indeed, it was their simple but bold designs, coupled with the ease of online distribution, that sparked a relationship with the influential concept store Colette, which launched the duo in the fashion industry. Now, they create a range of work for clients and collaborators including LVMH, Nike, Apple, Kate Spade, British Vogue, The New York Times, Prince and The XX. For the upcoming holiday season, Maier and Redman are working on graphics for a limited edition line with cosmetics brand Kiehl’s.

“Really what got us ‘in’ was Colette. We’ve worked with Colette for six years on different projects. Most of it was around this comic called Darcel Disappoints, which I illustrate,” said Redman, who chronicles the daily activities of the dour, egg-shaped Darcel with a series of cute and funny illustrations. “Sarah [Andelman, creative director of Colette] got into him really early on and we’ve been working together since. Once you work with Colette, it’s like a seal of approval.” 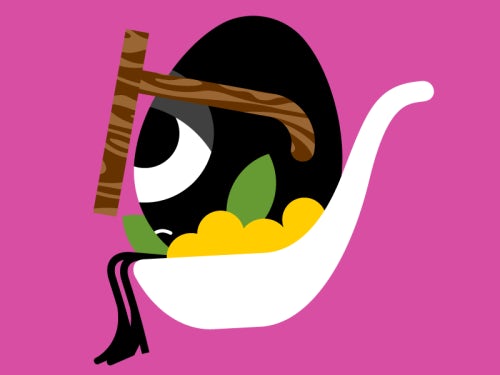 Although Redman is currently based in New York and Maier in London, their working relationship dates back some 15 years to their first semester at Queensland College of Art in their native Australia. “We ended up working together on a project. And we just kind of hit it off and started doing every project together thereafter and kept going when we finished college,” recalled Redman. The two founded the art and design group Rinzen Collective with several friends, but recently broke away from the group to launch Craig & Karl, a graphic design practice rooted in simple shapes, wildly colourful patterns and a wry sense of humour. 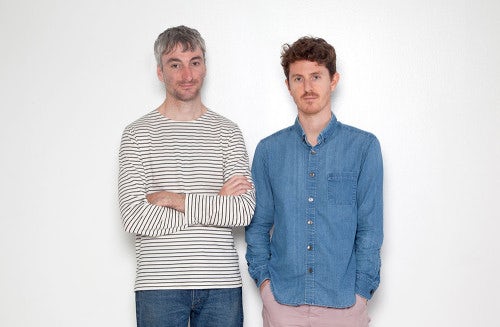 “Illustration was our forté initially. That was the easiest because we had broke clients who couldn’t afford photography,” joked Redman, who had childhood ambitions of becoming an interior architect (imaging how he would reconfigure his grandmother’s house) and painted with his father on the weekends. “Even though that’s our most recognisable style, we’ve also taken derivations from still life, landscapes, whatever — or taking elements from that, like pattern work, and applying it to a more simplistic, graphic version of our work. That’s the core of it and then it’s how to spread that through other bodies of work,” continued Redman, whose work with Maier now includes animation, product design and installation, as well as illustration. 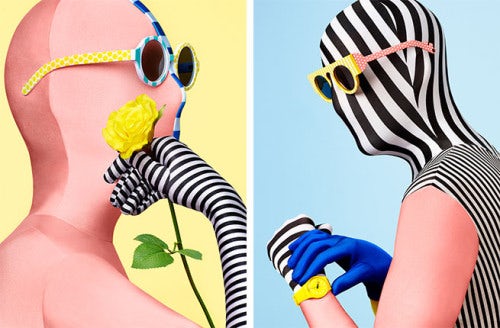 The transatlantic partnership — Redman moved from Sydney to New York after winning the ‘Green Card lottery’ — is built around a creative process that emphasises incisive back-and-forth dialogue, independent work and implicit trust, enabling Maier and Redman to juggle between 10 and 20 active projects at a time despite living on different continents. “It’s the relationship we have that we can just be decisive and brutal with each other, and having that second set of eyes makes a world of difference,” said Redman. “We’re really not precious between each other. If Karl says it needs a dot there, it needs a dot there. If I say delete that, it’s gone. I guess there’s an intrinsic understanding.”

Much of the power of their work lies in its simplicity; the pair distil the messages they aim to communicate down to their cores. “We try to reduce things down to the most simplistic forms that we can. Take away all the unnecessary elements. You can make it more complicated by adding more patterns, but the essential forms of our work are very simple,” said Redman.

“We also like things that are almost open-ended in their meaning,” added Maier. “They have quite a universal appeal or they hold two different meanings. We don’t take ourselves too seriously — we work seriously but we’re not super precious about it in ways. These things have to go out and exist on their own in the world, so we make it approachable.”

“It’s easy enough to have a hit,” added Redman. “You can have a piece of work that’s like a hit on the Internet, but if you can’t sustain that, then it’s absolutely irrelevant. We are constantly pushing ourselves to reinvent our work over and over. Constantly.”

‘Constant reinvention’ is easier said than done, but the duo have both space — quite literally, an ocean — and experience on their side. Side projects also help keep the creative juices flowing. “We do always try and free up some time for each other to just go and work on something else,” explained Maier.

As their practice grows, Maier and Redman are keenly aware that their ability to scale the number and scope of their projects is limited by manpower, but are hesitant to hire talent. “We’ve tried. If you get commissioned to work with a brand and have someone else do the creative part of it, it’s difficult to train someone to do that. And it’s the creative side of it that we love as well,” said Redman. “When we first started freelancing as part of Rinzen [Collective], it was hell for a long, long, long time. We lived off basically nothing just because it’s what you wanted to do,” Redman continued.

Maier agreed: “It’s basically what a lot of other people do — work for free basically, contribute to a lot of projects just to get your work out there, work for whatever money you can get, and you do that for awhile and hopefully it gets to a point where you’re visible enough that it pays off.”

“But you need to learn how to put personality into it. At the end of the day, what people are getting from us is our point of view and there’s a visual look to it. Be brutal with yourself. Be prepared to stop something if you know it’s not going really well.”