BoF sits down with photographer Karim Sadli to discuss his personal and professional trajectory, from star literature student growing up in a rough Paris suburb to one of the most in-demand fashion photographers in the world.

PARIS, France — It’s 7.58 am. The elevator stops at the 5th floor of Daylight Studios in the 11th arrondissement of Paris. The studio is buzzing with at least a dozen people; technicians, stylists, assistants. It is very noisy, but there, in the middle of the room, looking completely serene, is Karim Sadli, wearing black jeans, a Raf Simons sweater, sneakers and a big smile on his face.

The 33 year-old photographer (whose client list includes Isabel Marant, H&M, Balmain, Givenchy, Sandro, Akris and Lacoste) is preparing to shoot the advertising campaign of a famous fashion brand, starring model Edie Campbell and styled by the legendary Joe McKenna. But the Frenchman maintains that clothes are not the main subject of his work. "Even when I was a kid I wasn’t into pictures where the model was uber-glamour, hair in the air," he says. "I preferred Paolo Roversi, Bruce Weber. Those people are true portraitists who were more interested in the person being photographed than in the clothes worn. The clothes participate in the construction of the image, but they are not the image… People, that’s what interests me, fashion came later."

Indeed, Sadli’s work often features subjects, shot simply and starkly, against a white background, often in black and white. “Many people I work with — artistic directors, clients — say that my work isn’t fashion photography, it’s photography,” he says. “You won’t see a grandiose set in my pictures. It’s all very simple.”

"A good fashion image is an image you believe in — in which you don’t see and feel the efforts," Sadli continues. "When I look at a picture, if I see or feel the tricks in place to make it happen, it’s going to the trash. I need to believe in it." 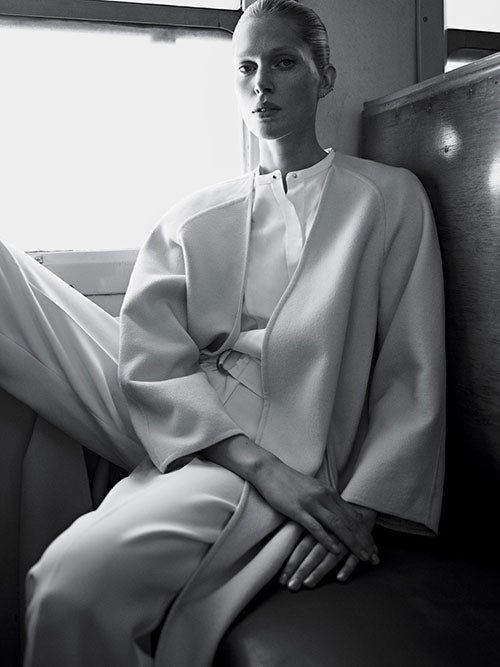 Sadli grew up in the depressed Paris suburb of Argenteuil. His parents were working class, but for his ninth birthday, they managed to buy him a camera. "Looking back now, living in those conditions, buying fashion magazines at such an early age and blackmailing my sisters and cousins into posing for me — it wasn’t normal. I should have ended up being a bus driver," he says.

At first, the idea of being a photographer felt too unreal for him and Sadli focused on "regular studies." He was a brilliant student. "That’s what saved me," he says. Following high school, he was accepted into France's elite two-year literature program, comprised of the "hypokhâgne" (first year) and “khagne” (second year). Later, Sadli studied philosophy and literature at Sorbonne. But six months into his first year, at the age of 19, he decided to follow his boyfriend to London and enrolled in the London College of Printing (now known as London College of Communication) to study his real passion: photography.

"Thank God I studied photography in London," he says. "It helped me so much. Not technically. They don’t really care about that. But I learned to be open-minded and daring."

On his return to Paris, Sadli started out taking test shots for a men's modeling agency. Soon, several magazine editors began inquiring into who took the test shots and Sadli landed his first editorial assignment "for an obscure German magazine."

“I would be very picky about which models I would take pictures of,” says Sadli. “Collaborating with them, knowing how they work, connecting with them, it’s all a part of who I am as a photographer.” In fact, Sadli was the first photographer to bet on model Clément Chabernaud, who went on to become the face of Jil Sander and has since modeled for Prada and H&M.

Sadli’s first big break was a job for British youth culture title Dazed & Confused and the photographer soon managed to find an agent. "But it was a tough period,” he says. “My parents, who don’t know a thing about fashion or photography, were worried because I wasn’t getting any money. And I tried to explain to them that, aside from not being paid, you actually have to give up your own money to work. In real life, it doesn't exist, it’s insane. But fortunately this didn’t last long." 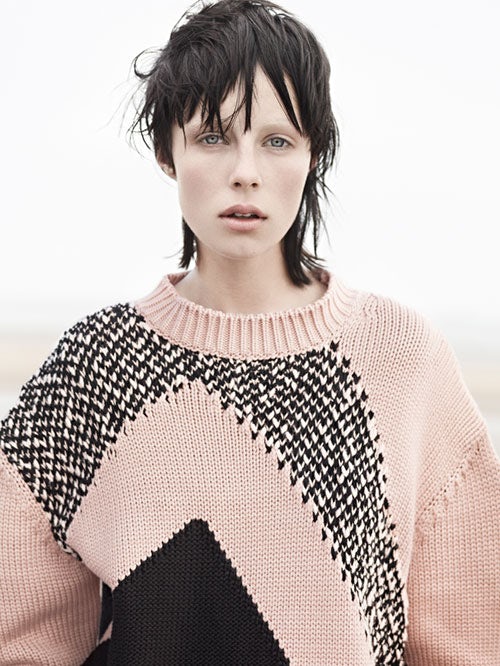 Karim can’t pinpoint the moment where things really started to take off. "It was a very natural evolution; a fast one, yes, but organic," he says. But one of the first people to put his faith in Sadli was Franck Durand, founder of a branding and art direction agency focused on fashion clients. "I must have had three editorials in my portfolio, but he gave me a job for Céline with Carmen Kass," recalls Sadli, who still works with Durand from time to time. "I like to work with people I appreciate. I’m faithful in life and in my job. Most of my clients are people I still work with. One-off jobs have been quite rare for me."

A desire to connect with others and forge real human relationships is at the heart of his work for the reclusive, but celebrated designer Azzedine Alaïa. "I started working with him through Joe McKenna. We do his look-books together. It’s a little thing. Azzedine refuses to put it online and I think only 500 clients actually see it, but I do it for the experience. Spending five days in his atelier is so rejuvenating; it’s another world, all about family. It feels good to be out of the system for a while."

On the current pace of fashion, Sadli says: "You used to be able to leave to shoot a campaign or an editorial for a week in Mexico. You had time to capture true moments with a model. Now we get asked to do 15 or 20 pictures in a day, while meeting the girl only on the morning of the shoot."

"We shoot too many pictures. I don’t have anything against people who improvise, but people with a real opinion, a real sense of photography, of fashion, there aren’t that many," Sadli continues. "Now, every single time I am on a shoot there are two people who are here to shoot a behind-the-scenes video. People need content, whether it’s good or bad quality, relevant or not, it’s padding. But it’s the new rules of the game. People need more imagery, for less money and immediately. You need to adapt."

But Sadli enjoys the possibilities of moving image. "I actually got to fashion through music videos, it was the only medium I had access to. I was watching [Jean-Baptiste] Mondino’s videos, [Jean-Paul] Goude’s videos, that’s how I started to get interested in the other works those people were doing and how I ended buying fashion magazines. [But when it comes to film], I’m most interested in narration. Films aren’t just about making beautiful moving pictures, it’s about building a story." 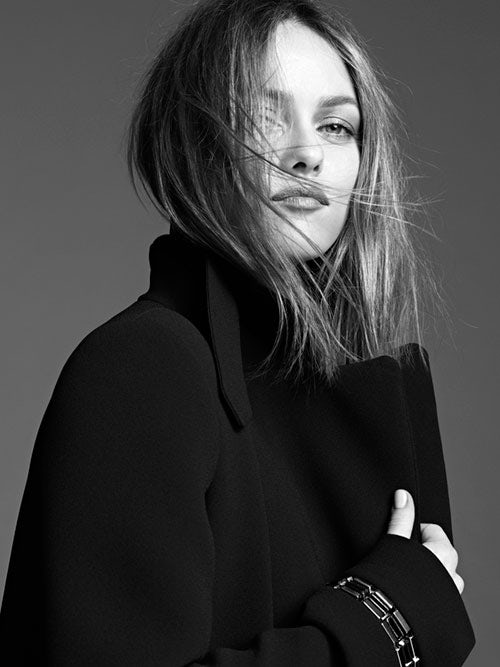 His first film was a short for Givenchy featuring Lou Doillon, followed by a film for Yves Saint Laurent. But Sadli's most memorable job was directing a music video for French singer Vanessa Paradis ("Les Espaces et les Sentiments"). "It was exceptional, a dream come true. When I was a kid I was deeply in love with her, telling my dad that one day I would take pictures of her. So, fifteen years later to be able to actually do it on such a project was phenomenal and also very symbolic."

With the aim of doing more music videos, Sadli recently signed with Iconoclast, a production company representing the likes of Harmony Korine, Romain Gavras, Yoann Lemoine, and Jean-Baptiste Mondino. "I don’t think [moving image] will completely replace still photographs. Maybe the way we look at them will be different, even though there are many people, like me, who feel more comfortable with something concrete in their hands rather than an iPad. But overall I think photography and film are complementary."

"But whether you shoot stills or moving image, be passionate about what you do. It takes lots of time and energy. It’s not just about doing beautiful pictures. That would be too easy. It’s about politics, who you hang out with. And this can all be very tiring if you’re not 200 percent into it."