The troubled Italian maker of luxury comfort shoes is trying to reverse falling sales and re-energise its brand. 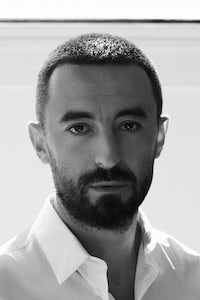 The troubled Italian maker of luxury comfort shoes is trying to reverse falling sales and re-energise its brand.

PARIS, France — Tod's, the Italian maker of luxury comfort shoes famous for its Gommino loafers, has appointed Walter Chiapponi as creative director of its women's and men's collections. The move comes as the troubled label is trying to reverse falling sales and re-energise its brand.

"Walter Chiapponi is a talented Italian creative who knows and is able to combine Tod’s Italian lifestyle with a touch of modernity, without ever losing sight of the high quality and craftsmanship that represents the brand’s DNA,” said Diego Della Valle, president of Tod's Group, which also owns Roger Vivier and Hogan.

The group, which is controlled by Italy's Della Valle family, kicked off a brand revamp at the end of 2017. In a bid to forge relevance with millennials, which is very low (they drive less than 20 percent of sales, according to estimates), Tod’s launched its Factory initiative, an ongoing series of designer collaborations that have essentially replaced the Italian shoemaker’s seasonal fashion collections in the mould of fellow Italian brand Moncler’s Instagram friendly “Genius” strategy.

Chiapponi's first collections for Tod's will hit stores next autumn.