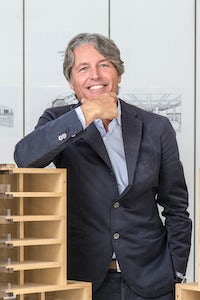 Alberto Baldan is stepping down as chief executive of Italian department store group Rinascente to pursue other opportunities. Baldan joined the company in 2007 as managing director, before being promoted to CEO  in 2012, when Rinascente was acquired by Central Group of Thailand. Pierluigi Cocchini, currently sales director, will assume the role of CEO. Additionally, Stefano Della Valle, presently CFO, will assume responsibility for COO of all Central Group businesses in Europe.

Brian Blake has been named president and COO of Tom Ford International, effective immediately. Blake will oversee all business activities and operations for the company. Previously, he was CEO of distribution and manufacturing within the company. Prior to joining Tom Ford, Blake held senior roles at Gucci, Prada and Burberry.

Vogue Italia has announced Giovanni Bianco as brand creative director, reporting directly to editor-in-chief Emanuele Farneti. Bianco will be responsible for the graphic re-design and visual direction of the magazine. He will continue to run his creative agency, GB65.

Andrea Valdez has been appointed editor of Wired.com, beginning March 13. Valdez was previously editor of Texasmonthly.com, where she oversaw a site traffic increase of 250 percent and a 500 percent increase in social media audience.