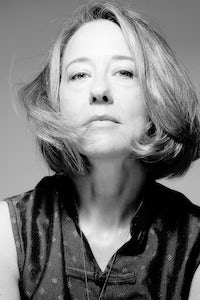 Condé Nast names Vogue International editor-in-chief
Justine Bellavita has been tapped to fill the newly created role of editor-in-chief of Vogue International, where she will lead a new London-based central editorial team that will support Vogue teams in Asia, Europe and Latin America. Currently digital editor at VanityFair.it, Bellavita has also served as digital editor at Vogue Italia, and has worked as a writer in San Francisco, New York and Paris.

Avon CEO to step down
Avon chief executive Sheri McCoy will resign in March 2018, following pressure from investors after the cosmetics group reported a quarterly loss of $45.5 million, the latest in a series of negative reports. The company has retained executive search firm Heidrick & Struggles to assist with appointing her successor.

GQ appoints VP of revenue
David Stuckey has joined GQ and GQ Style as vice president of revenue, effective September 5. Stuckey has held the post of associate publisher at Vogue since 2010; in his new role he will be responsible for driving revenue for both brands across all platforms.

Biagiotti Group names CEO
Lavinia Biagiotti Cigna has been appointed the Biagiotti Group’s chief executive following the death of her mother Laura Biagiotti in May. Former Salvatore Ferragamo CEO Michele Norsa has also been tapped to join the board as vice president.