PORTLAND, United States — Oregon's largest city is often depicted as a hipster haven of countless brewpubs, indie bookshops, knitting circles and artisanal coffeehouses. But alongside the cyclists, vegans and gardeners is a hub of athletic brands, contractors, headhunters, retailers and marketing agencies that have transformed Portland into a key destination for those looking to pursue a career in the athletic footwear industry.

At the centre of this buzzing ecosystem, also home to Adidas and Under Armour, is Nike. The athletic brand, which was co-founded by Phil Knight in 1964, who began by selling running shoes out the back of his car, is the biggest player in the world’s athletic-wear market. In 2015, the business’ global revenue amounted to about $30.6 billion, of which $8.5 billion was generated from its athletic footwear business, accounting for almost half of the nation’s athletic shoe market (the US athletic footwear industry generated $17.2 billion in 2015, reported the NPD Group). 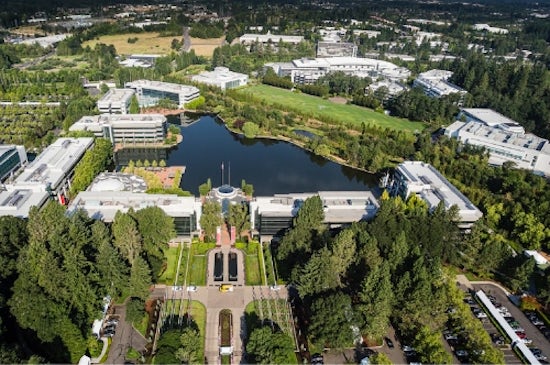 According to a statement from Nike, as its business has grown, “The creative community we employ and partner with has continued to grow and expand...Portland has become a creative centre.” Since the company planted its flag, the city has acted as a magnet for the global footwear industry drawing brands like Columbia Sportwear, Mizuno and Keen, prompting Adidas to move its North America headquarters there from New Jersey in 1993.

Today, Oregon is home to more than 800 athletic and outdoor industry firms, employing 14,000 people, according to the Portland Development Commission. This includes enterprises like PIE (Portland Incubator Experiment), sneaker consignment stores like Index and advertising agency Wieden+Kennedy, which has offices in New York, London and Shanghai, and whose clients include Nike and Honda.

“Being home to the headquarters of Nike and Adidas, as well as Columbia, Keen and others, makes Portland the epicentre of US sneakers. The talent pool is incredible, and many brands have established offices in Portland to tap into the talent pool,” says Matt Powell, vice president and sports industry analyst of the NPD Group.

Indeed, German sportswear maker Adidas Group, which owns Adidas, Reebok and gold brand TaylorMade, has acknowledged that it has had difficulties recruiting to its global headquarters in Herzogenaurach and that it previously missed trends in the US market.

In 2015, Adidas relocated some key US design roles, including Adidas Group North America president Mark King and global creative director Paul Gaudio to Portland, in a bid to reverse declining sales. (According to data from Sporting Goods Intelligence, the company has been steadily losing market share to Nike and Under Armour, both of which have risen each year from 2010 to 2014.) In an interview with the Wall Street Journal, where the move was announced, King emphasised the need to focus on the US. “We gotta get back to American sports,” he said.

In September 2015, Baltimore-based Under Armour, which has had a small office in Portland since 2013, announced it would move its global footwear operations to the city in the hope of tapping its network of footwear designers and engineers — part of a plan to double business revenues by 2018 to $7.5 billion. “As Under Armour continues its global expansion, Portland has emerged as a strategic hub for the brand, specifically in footwear and innovation,” said Diane Pelkey, an Under Armour spokeswoman, in a statement. 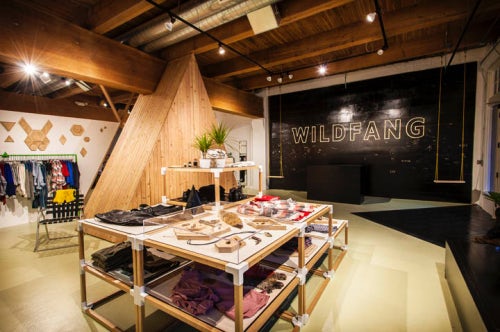 The city’s cluster of resources has made it a fertile ground for start-ups, says Emma McIlroy, chief executive officer of Wildfang, a women’s label she co-founded in 2013 with Julia Parsley after the two met while working at Nike. “Many footwear and apparel start-ups in Portland were founded by ex-Nike and Adidas executives,” she adds.

Portland’s educational resources have been growing fast too. In 2001, D'Wayne Edwards, the former design director for Brand Jordan launched the Pensole Footwear Design Academy, which has since become known for placing graduates at top performance shoe brands from Nike to New Balance. “When I was at Brand Jordan, I did not like the talent I was getting from design schools,” he says.

“We found a tremendous amount of business schools around the United States that were focused on sports, but not product,” agrees Ellen Schmidt-Devlin, a former Nike employee of nearly 30 years who is now the director of a new, first-of-its-kind master’s degree in sports product management that launched at the University of Oregon in September 2015.

Since 2013, Portland State University (PSU) has also offered an athletic and outdoor certificate programme for undergraduates, which prepares students for careers like brand management and merchandising at sportswear companies. “About 75 percent of our students are getting placed in athletic and outdoor related brands,” says Jennifer Nolfi, director of the programme.

For many working in the athletic footwear industry, Portland’s geographical location has made it an ideal base. “We have a diverse climate here so companies have access to the mountain, the ocean, hiking trails…” says Nolfi. For businesses producing performance footwear, testing in these climates is vital, especially for companies like Bogs, which rely on developing water-resistant technology in the outdoors. 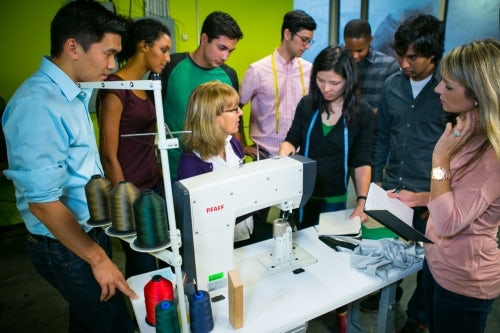 “Portland also provides easy access to Asia, which is where a significant amount of the development and production work in our industry occurs. And there is a vast network of contractors, consultants, suppliers and elemental pieces of the product that reside here,” says Sean Beers, president of Portland Product Werks, which manufactures and distributes licenses and private label footwear for brands such as Levi’s and Woolrich.

For many employees of the athletic footwear industry, Portland’s lifestyle is an attraction. As Oregon’s largest metropolis, Portland has gained attention for becoming one of America’s best cities to live and work. A 2015 report from The Milken Institute, a US-based economic think tank, ranked Portland as eighth in a list of the best performing cities in the US (jumping eight spots from 2014) for its environmentally-friendly lifestyle, hip neighbourhoods and plentiful recreational opportunities, which rival those in major cities, but come without the hefty cost of living.

“Portland is a relatively affordable West Coast market with a high quality of life for active, outdoor people and that generally attracts people to work here,” says Beers.

However, for some, quirky entrepreneur-meets-nature mash ups (from vintage stores and boutiques to rustic restaurants) and an emphasis on the outdoors don’t compare to the big city life of New York or San Francisco, and some brands have seen senior employees leave after finding the Portland culture was not to their taste.

Another factor that could limit industry growth is financial investment. “It’s interesting because Portland has become more of an entrepreneurial hotbed over the past five years, and a lot of that has been driven by the tech scene and successful exits at companies,” says PSU’s Nolfi. But, “We need more venture capital.”

This void has been partially filled by companies such as Skyline Capital, which launched in 2014. “Ian Lombart, who runs Skyline Capital, came here from Silicon Valley and he said, ‘Wait a minute, all these companies are being launched but where is the money coming from?’ So he has been connecting with investors from the Valley, identifying which companies here would be a good investment for them,” says University of Oregon’s Schmidt-Devlin.

There is also the challenge that Portland doesn’t have the top engineering universities and investor networks of San Francisco or even Seattle. “There hasn’t been a world class institution in Portland that feeds into the system the way Central Saint Martins does in London, or FIT and Parsons in New York,” says Crispin Argento, co-founder and chief executive officer of Portland Apparel Lab, a business accelerator that has worked with labels such as Los Angeles-based Reformation.

Wildfang’s McIlroy hopes the new educational programs will generate talent where there is an evident skills shortage. “Portland isn’t strong in e-commerce. There are definitely industry leaders like Lucy, The Climb and Nau [companies specialising in digital marketing and operations], but we have consistently found it hard to find executives with strong e-commerce experience.”