How Long Can the Kardashian Empire Reign?

Their reality television series has ended, they’ve cashed out on several of their major ventures and one of their most strategic personal associations appears to be ending. One of the world’s most-watched families is on the precipice of reinvention once again.

How Long Can the Kardashian Empire Reign?

Their reality television series has ended, they’ve cashed out on several of their major ventures and one of their most strategic personal associations appears to be ending. One of the world’s most-watched families is on the precipice of reinvention once again.

This week, reports that Kim Kardashian may divorce Kanye West overshadowed another seminal moment for the reality star: the sale of a 20 percent stake in her beauty business to Coty, for $200 million, making KKW the latest billion-dollar enterprise to emerge from the Kardashian-Jenner clan.

Just a few days in, and 2021 is already shaping up to be a transformative year for Kardashian — and in turn, her family, whose successes are tied closely together by matriarch-turned-manager, Kris.

But the Kardashians are entering uncharted territory. Their reality television show, “Keeping Up With the Kardashians,” which brought them international fame, is set to end this year after 20 seasons. In October, Forbes reported that Kylie Cosmetics, a majority of which was sold to Coty last year in a deal that valued the beauty business at $1.2 billion, was generating far fewer sales, and was far less profitable, than had been previously reported. (A Kardashian spokesperson declined to comment to Forbes for its story.)

And there’s West, who is set to launch a line with Gap this year. The Kardashians’ entrée into the high fashion world, he acted as Kim’s stylist and introduced her to top designers. While West’s own relationship to the fashion industry has become increasingly precarious, especially in the aftermath of his ill-advised 2020 presidential bid, the alliance benefited both of them for many years.

So, where does the world’s most entrepreneurial family go from here? There is no playbook for the Kardashians to follow. Elizabeth Taylor, with whom Kim is sometimes compared, made a business out of her image with the Elizabeth Arden-owned fragrance White Diamonds, a decades-long hit. But she did not diversify. Paris Hilton, the socialite-turned-reality star that Kim emulated in her early years of fame, was not able to maintain global cultural relevance over an extended period of time, even if she continues to profit through licensing deals.

The Kardashians have already had their fair share of missteps. Model Kendall Jenner’s beauty partnership with Estée Lauder was short-lived; their retail venture, Dash, closed after 11 years in 2018. A cheap-chic collection with struggling value retailer Sears was discontinued in 2015. Two of their most ambitious ventures — the KKW skincare line and Kylie Cosmetics — are now tied up with a corporate partner that is best known for fragrance, not prestige cosmetics.

Of course, failure is a major component of entrepreneurship, and one of the keys to the family’s success is that they are prolific, launching new projects left and right, then further pursuing what sticks. While the Kardashian show that aired on E! for more than a decade is over, the family signed a content deal with streaming service Hulu that all-but ensures they will continue to be accessible via television. But there is still a difference between basic cable and a paid app. They may look to Oprah Winfrey, who found it difficult to maintain quite the same grip on the culture as an independent entity as she did when she had a talk show.

Winfrey seems to have found her niche in the new media world after years of testing and learning. Whether the Kardashians will have the same success remains to be seen — much depends on their ability to keep making tabloid headlines that promote their product drops. What’s more, post-pandemic, popular culture may enter a new phase, and consumers may go looking for an alternative to the family’s reality.

Coty and Gap — and to an extent, Adidas — have bet big on the continued success of Kim and Kanye. Whether or not a dissolution of their partnership will have an effect on their celebrity status is impossible to do know. But there could be consequences beyond Calabasas depending on how this divorce plays out, and how the Kardashian family fairs post-reality show.

However, what differentiates the Kardashians from other stars of their ilk and puts them more in line with the British royals or the Kennedys is their ability to reinvent. Kim, the family’s centripetal force, remains the most relevant. Her shapewear line Skims, a partnership with fellow entrepreneur and Good American chief executive Emma Grede, may end up being another billion-dollar brand. And there is no doubting that the star’s physical appearance — from her waist trainer-enhanced middle to professionally sculpted cheekbones — has become the new beauty ideal for a significant part of the global population, although a less-fussy, bare-faced look is rising in popularity once again.

For Kris Jenner and her kin, there is only one way to address these challenges: surprise the world, once again. 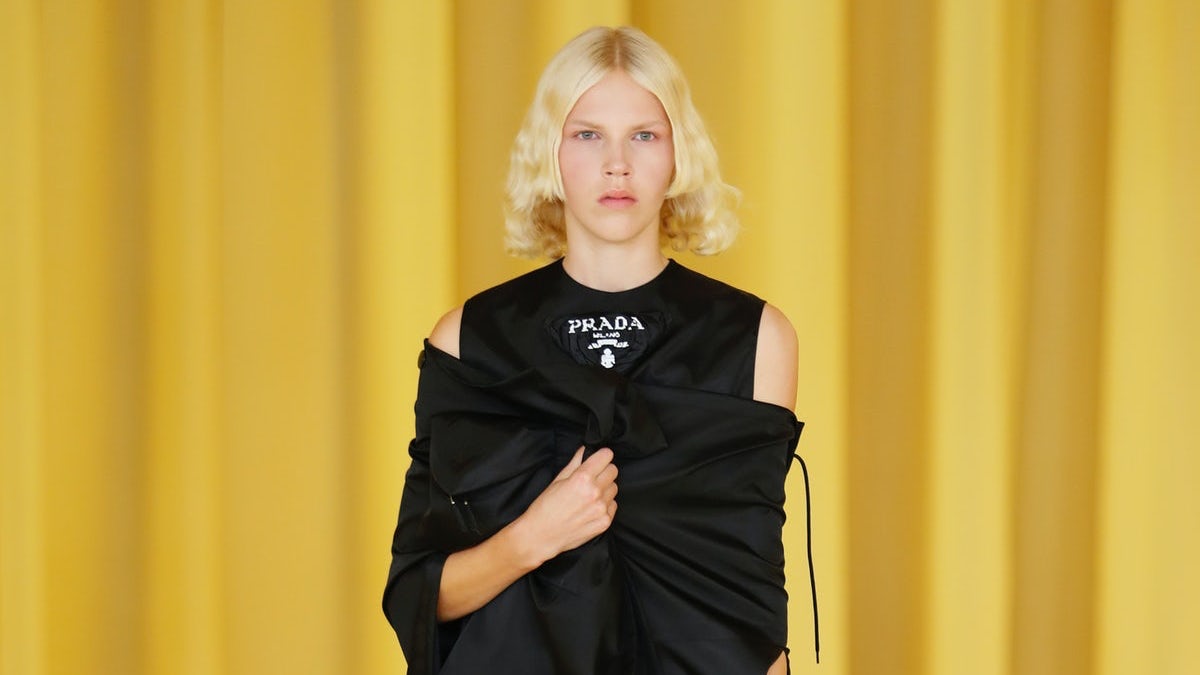 Prada returns to profit boosted by strong performance in Asia. Earnings before interest and taxes turned positive in the last six months of the year after facing a deficit in the first half, the Italian fashion company said. Its own outlets now account for 90 percent of overall sales. The company is also ending seasonal discounts in a bid to boost profit margins and its exclusive brand image.

Tiffany posts record holiday sales citing online, China demand. Overall preliminary net sales rose about 2 percent year-on-year between 1 November and the end of the year, with e-commerce sales surging more than 80 percent during the period. Earlier this week, LVMH completed its acquisition of the jeweller.

Matchesfashion hit by £6 million loss in 2019 ahead of pandemic. The company pointed to investments in operations, technology and infrastructure to explain the loss, but revenue growth also continued to slow. Sales hit £431 million (roughly $586 million) in 2019, a 16 percent year-on-year increase compared to 27 percent in 2018 and 44 percent in 2017.

Macy’s to close 45 stores this year. Even before the lockdowns in the United States during the pandemic, Macy’s had announced a plan to close 125 of its least productive stores to tackle plummeting mall traffic. It had closed about 30 stores in 2020.

UK government announces $6.2 billion grant scheme for lockdown-hit businesses. In addition to existing support measures, retail, hospitality and leisure companies will be able to claim one-off grants worth up to £9,000 (about $12,000) to get them through the coming months.

Copenhagen Fashion Week to go fully digital amid new virus restrictions. All fashion week events will be held on a dedicated digital platform, with the full schedule for the event, which runs from the 2nd to the 4th of February, due to be published later this month. Trade shows CIFF and Revolver have been cancelled in light of restrictions banning trade fair activities in Denmark until next month.

Shopify shuts down Trump stores. The e-commerce company closed several sites associated with President Trump that sold merchandise popular among his supporters, including TrumpStore.com and shop.donaldjtrump.com, following violent riots at the Capitol this week. Shopify told The New York Times that it “does not tolerate actions that incite violence.”

EU retailers face Brexit headaches for UK imports. Changes in VAT rules mean the tax is now being collected at the point of sale for any goods under £135, rather than at the point of importation. That means companies sending goods to England, Scotland or Wales now have to register and file accounts with British tax authorities.

US suspends planned tariffs on French luxury goods. A list of imports from France worth $1.3 billion would have been subject to the additional 25 percent tariff. The list included beauty products like lip and eye makeup preparations as well as handbags with an “outer surface of reptile leather.”

Swedish e-commerce investor becomes first to tap new EU fund. eEquity is closing its fourth fund after raising 1.6 billion kronor ($195 million), it said on Thursday. The European Investment Fund committed €37.5 million (roughly $46 million), it said. The EU injection is the first from a €300 million pilot programme, ESCALAR, aimed at helping businesses in the bloc withstand the blow dealt by the pandemic. 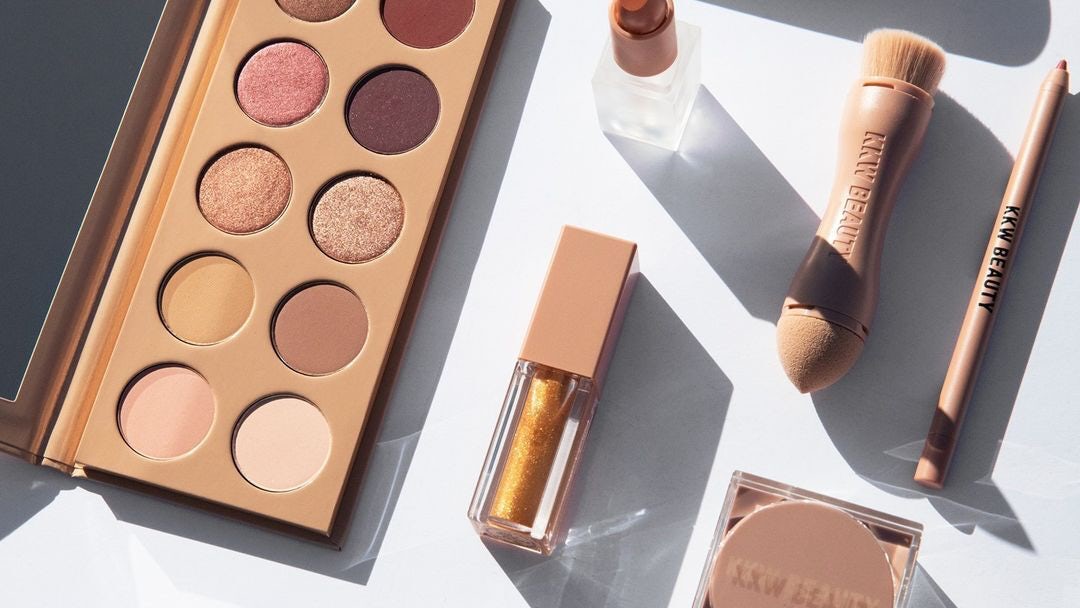 Kim Kardashian Kashes Out. The uber-influencer sold a 20 percent stake in her beauty line, KKW, to Coty for $200 million.

Halsey joins the celebrity beauty line trend. The singer says About-Face is a “multidimensional make-up brand for everyone, everywhere.”

Why Harry’s drew the FTC’s ire. The razor brand was too good at disrupting incumbent shaving brands to be acquired.

Billie’s acquisition is off, too. The FTC showed its commitment to equality by throwing up hurdles to Procter & Gamble’s purchase of the female shaving start-up.

Centric Brands gets an LOL Surprise. The company acquired Taste Beauty, maker of the viral toys as well as food-shaped lip glosses and licensing deals. 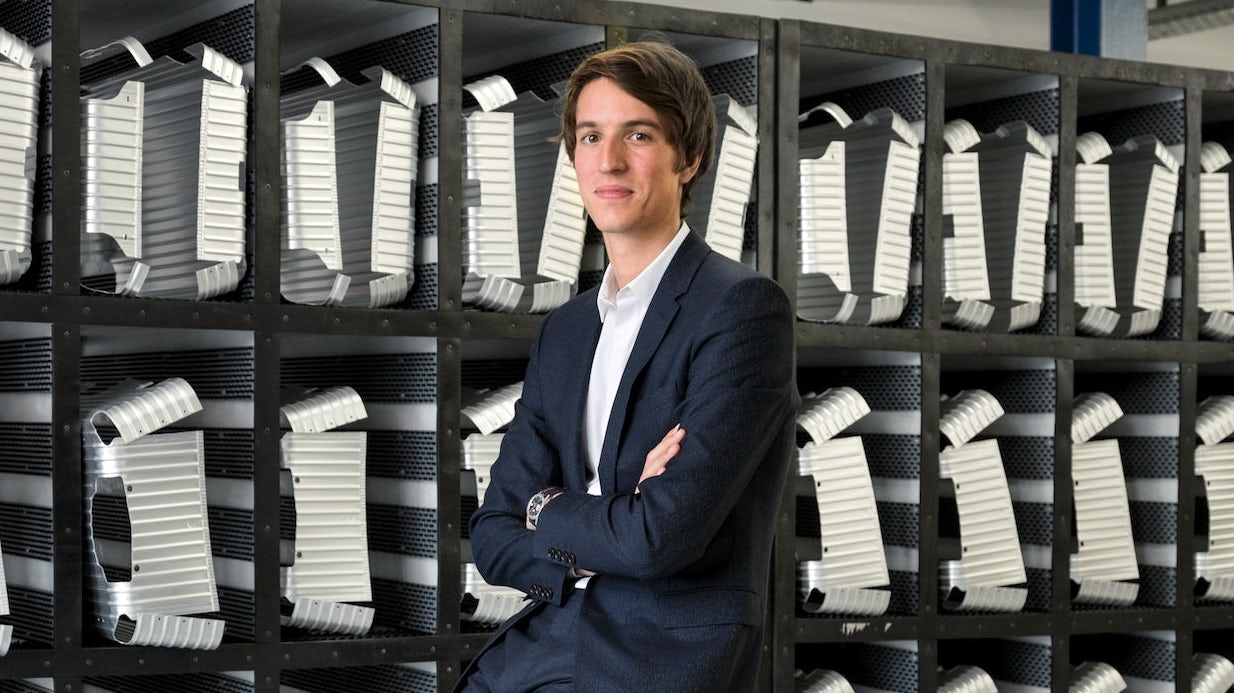 Louis Vuitton manager Anthony Ledru appointed to lead Tiffany under LVMH. Ledru has been named Tiffany’s new chief executive, replacing Alessandro Bogliolo, who will depart later in January. The move is part of a wider executive shakeup, which has also seen Rimowa head Alexandre Arnault brought on as executive vice president of product and communications, and Louis Vuitton chief Michael Burke appointed chairman of the Tiffany Board. Tiffany’s chief artistic director Reed Krakoff and chief brand officer Daniella Vitale will also both step down from their roles.

Teen Vogue’s Lindsay Peoples Wagner named editor-in-chief of The Cut. The youngest leader of a Condé Nast title is returning to New York Magazine, where she was fashion market editor before leaving to become editor-in-chief of Teen Vogue in 2018. She succeeds Stella Bugbee, who is transitioning to an editor-at-large role developing a podcast for the magazine, among other special projects.

Jack Ma’s disappearance becomes subject of social media speculation. China’s high-profile entrepreneur has not appeared in a public setting since a late October forum in Shanghai where he blasted China’s regulatory system. The speech put him on a collision course with officials that resulted in the suspension of a planned $37 billion IPO of Alibaba’s Ant Group fintech arm. 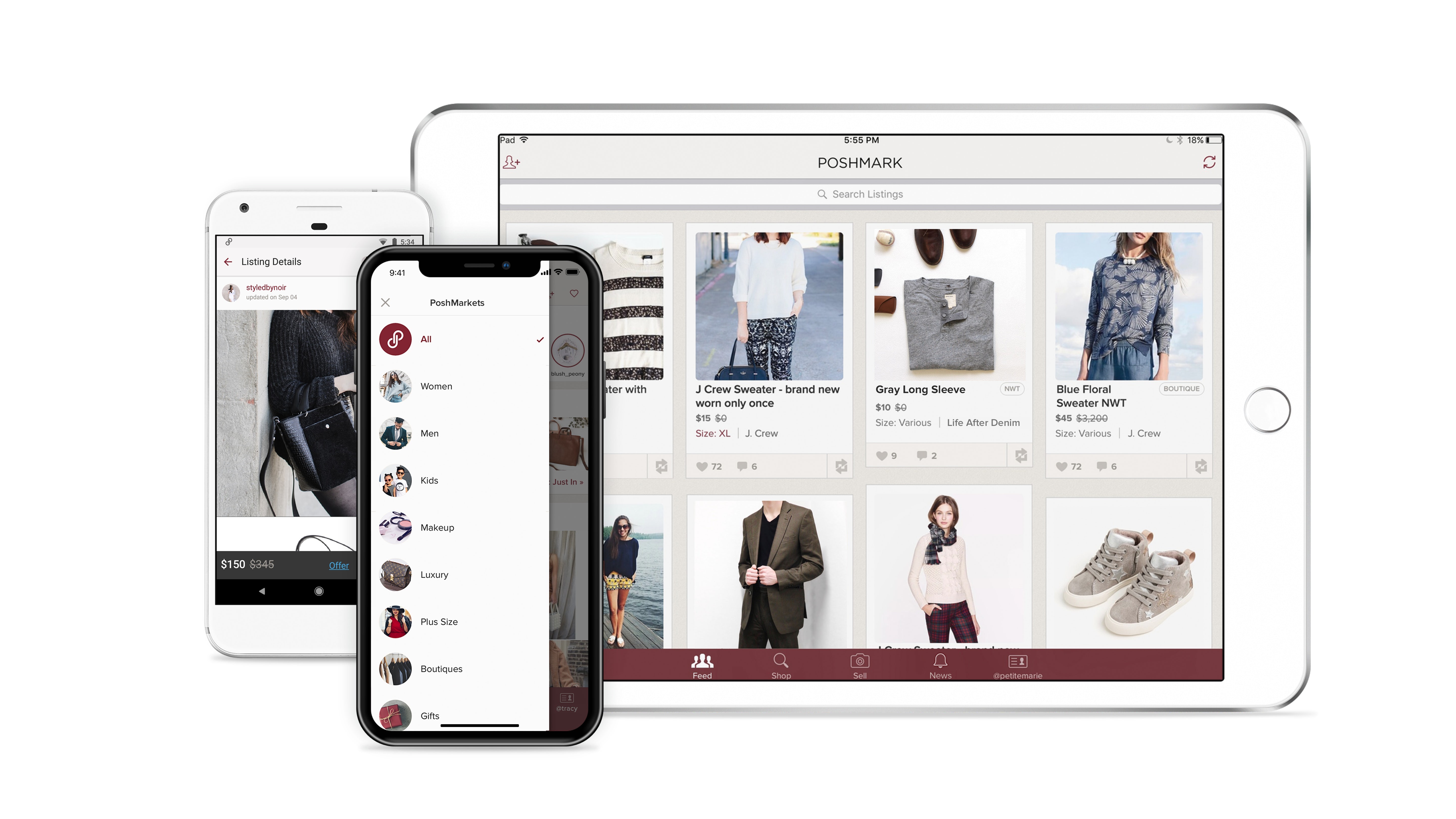 Poshmark, Affirm set terms for IPOs, joining 2021 rush to market. Poshmark is seeking as much as $257 million, according to a filing with the US Securities and Exchange Commission. Affirm filed on Tuesday to raise $935 million in its listing.

Bottega Veneta goes dark on social media. The Italian luxury brand, whose square-toe heels and padded leather clutches were among fashion’s It-products in 2020, deleted its accounts on Facebook, Instagram and Twitter on Tuesday. The move follows an exclusive presentation, called “Salon 01 London,” in December, where only a select group of high-profile celebrities were invited to view the brand’s Spring 2021 collection.

Alipay and WeChat Pay face possible US ban. In the final days of his presidency, Donald Trump has issued an executive order that would ban transactions made with Chinese payment apps, including Alipay and WeChat Pay, both of which are commonly used by US fashion and beauty retailers catering to Chinese consumers.